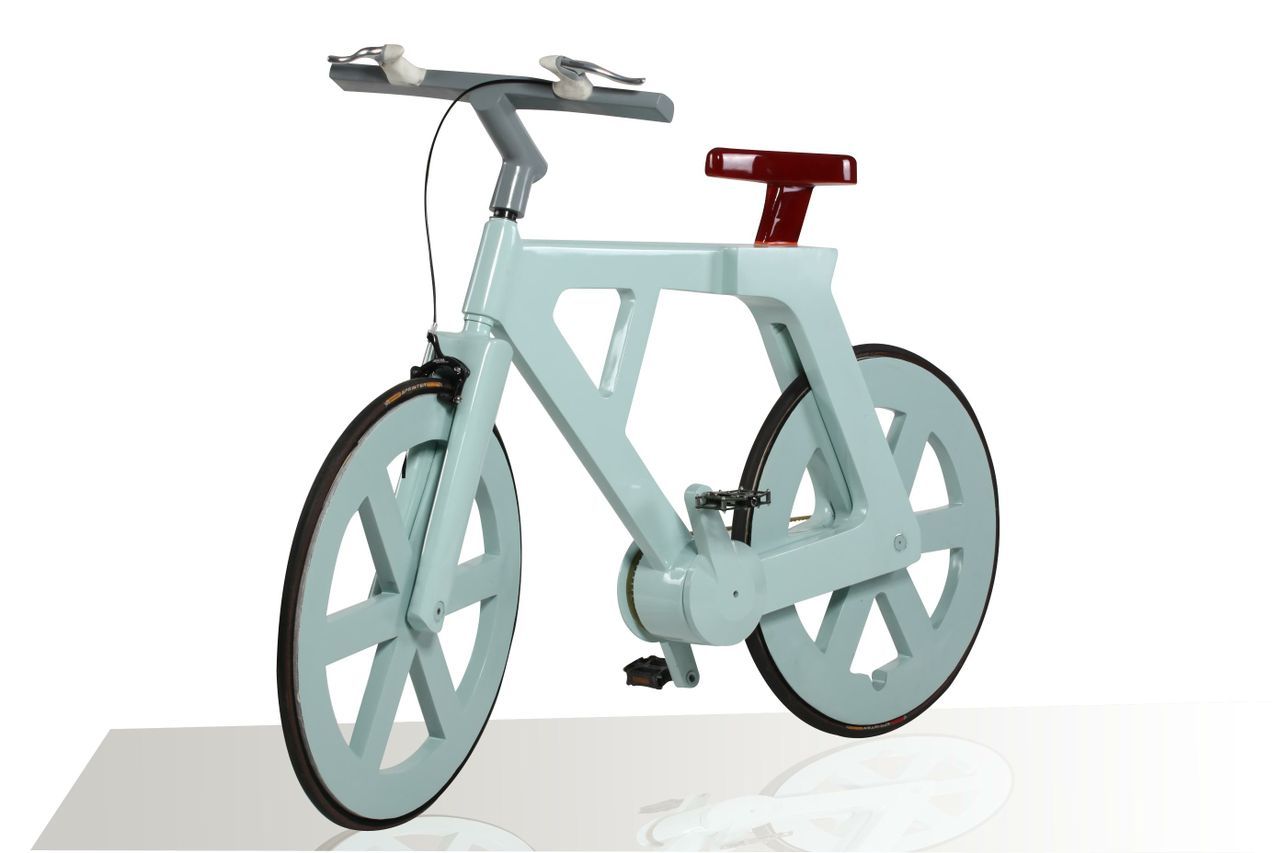 Israeli designer, Izhar Gafni is known for award-winning industrial machines for peeling pomegranates and sewing shoes. But most of all, he is a bike enthusiast who got inspired by a “cardboard canoe”, which he heard someone had built and wanted to apply the same concept to his own passion. His design, a 100% recycled and very lightweight with a frame stronger than carbon fiber, might revolutionize the industry (if it turns out to be everything promised)!

The Alfa, weighs only 20 lbd, yet is able to support riders up to 24 times its own weight. The frame is mostly made out of cardboard along with a few other materials, all being 100% recycled. The bike uses a belt-driven pedal system. But the best part is, that the production of one bike is designed to cost as low as 9$ a piece, and going as low as 5$ on the children version. Well, at least this is what Gafni promises. The bike is not in production yet, but they have just launched a crowd-sourcing effort for the fans to join. Check it out here, and join the community.

The design process of the bike has been long and eventful, as in the beginning Gafni was told by engineers his idea was impossible. But as he discovered and learned to understand the possibilities of paper and its strength the design started to take shape. As in crafting origami and tearing telephone books, he explains “you fold it once, and it’s not just twice the strength, it’s three times the strength”. The development has taken three years, with two of them spend on experimenting and learning the complications and advantages of cardboard, which has also lead to several patents. In the last year, the final shape and outlook of the bike have been molded to be more modern and design oriented.

We are still a bit skeptical how this all could work out, but being positive, that if it does, it will most definitely be a groundbreaking design achievement! We also just read up on their home page about their desire to expand the knowledge to wheelchairs and strollers! Great idea!

We’ll keep a close eye on the progress.

Check out the video below to hear where the inspiration came, how the design process advanced..and how the Alfa got its final form.