–
Anna Kruhelska is a visual artist and architect working across fields of art and design. Based in Lodz, Poland, she creates abstract, three-dimensional paper wall reliefs that startle in their intricacy and meticulous execution. The sculptural pieces open a window to another dimension. The sharp, jagged geometric shapes seem to move in waves, creating an organic movement in the viewer’s eye, while the hard, angular elements are laid in symmetrical patterns, distorting the concept of depth and height.

An outlet of creativity, exploration, and experimentation

At some point in the past 14 years working as an architect, Kruhelska felt the need to find a new, additional outlet, which would be more artistic and give her the opportunity to express and explore creative ideas. As a lover of minimalism and simplicity, Kruhelska combined her fascination with patterns, texture and the play of light and shadow into experiments of pleating and folding paper – returning to a material she used to work with a lot during her studies.

While there are many limitations of paper I discovered that it gives me a lot of creative freedom and possibilities. That’s how it all began.

Finding inspiration everywhere, from architecture and minimalism to geometry, origami, and chip carving techniques popular in southern Poland, the central concept of all Kruhelska’s work lies in the interplay between light and shadow, contrast and repetitive patterns created by the mountain and valley folds. With extreme attention to crisp and clean lines, as well as a keen eye for structural composition, the contrast between the simplicity of the material and the anatomical complexity of the work is mesmerizing.

Paper enables Kruhelska to work with the three-dimensional shapes she is interested in, as a simple fold can be quite rigid, and structurally stable. The material offers wide possibilities, from simple multi-dimensional surface patterns based on tessellation or tiling, or more fluid and complex forms by using parametric modeling, all techniques Kruhelska has wide expertise on through her profession as an architect. The creative also notes the relaxing properties of the material, noting how it helps her forget about everyday activities that can be stressful at times.

Folding paper is also very relaxing. It lets me forget about everyday activities that can be stressful at times.

Kruhelska’s creative process begins at the computer screen, drawing shapes and forms and trying to find repeating patterns. A process she very much enjoys can sometimes take hours, depending on whether she has a clear idea to start with or simply letting inspiration lead the way. When a design is ready, the 3D model is translated into a 2D pattern on to a flat sheet of paper, which is cut by a plotter cutter. The individual pieces are then folded and glued manually by Kruhelska, with one piece often consisting of 40 – 100 individual pieces, which are assembled into the final art piece. 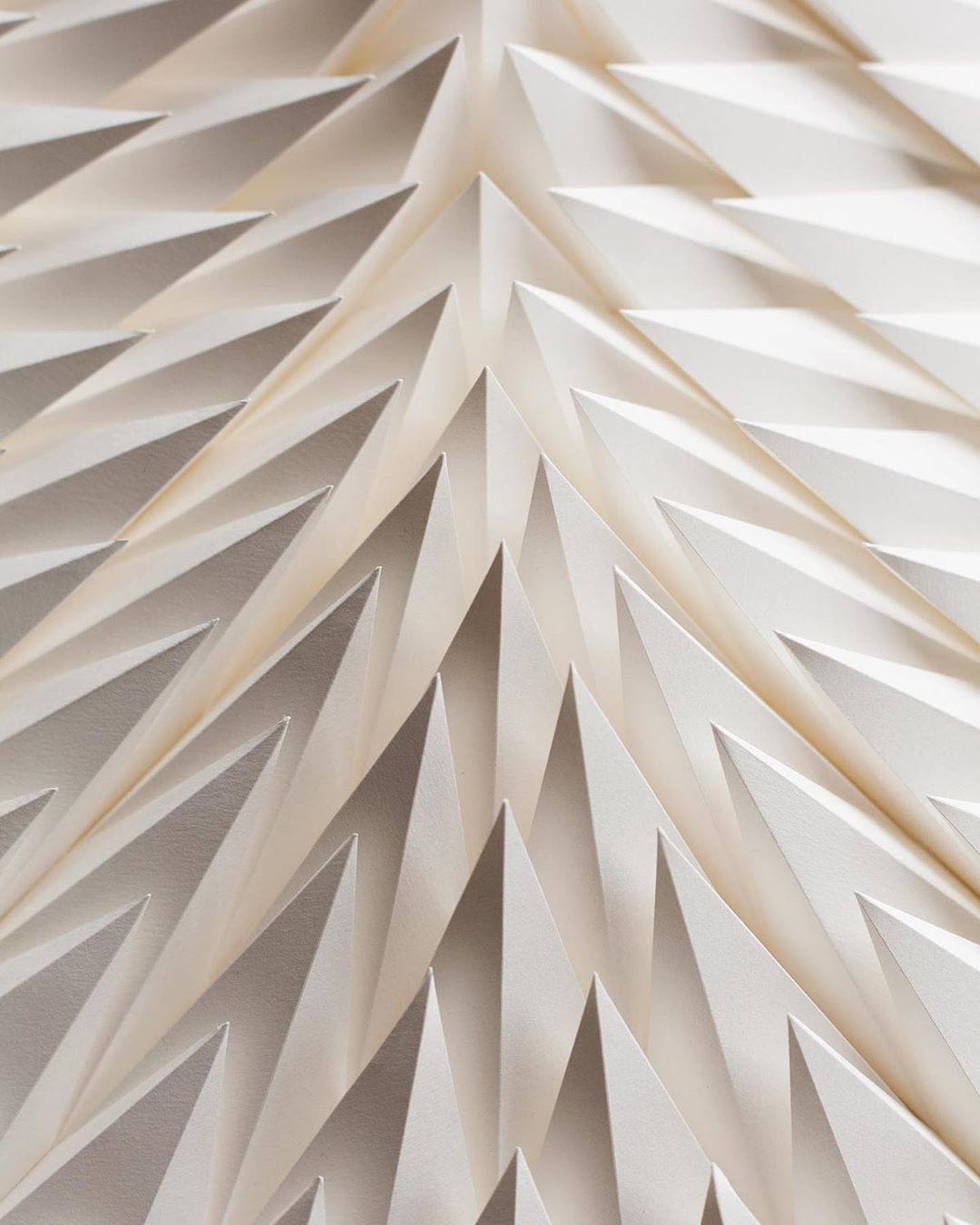 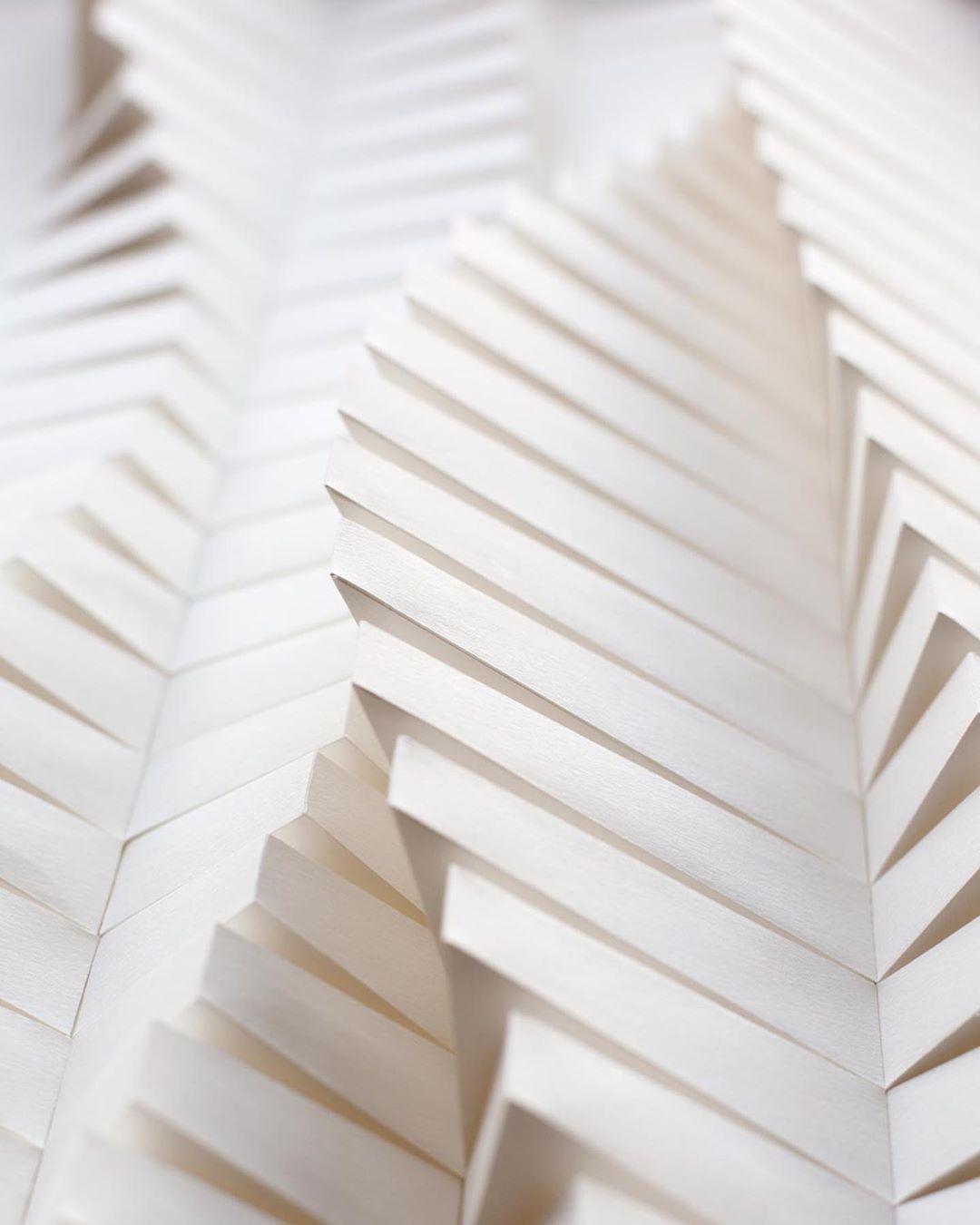 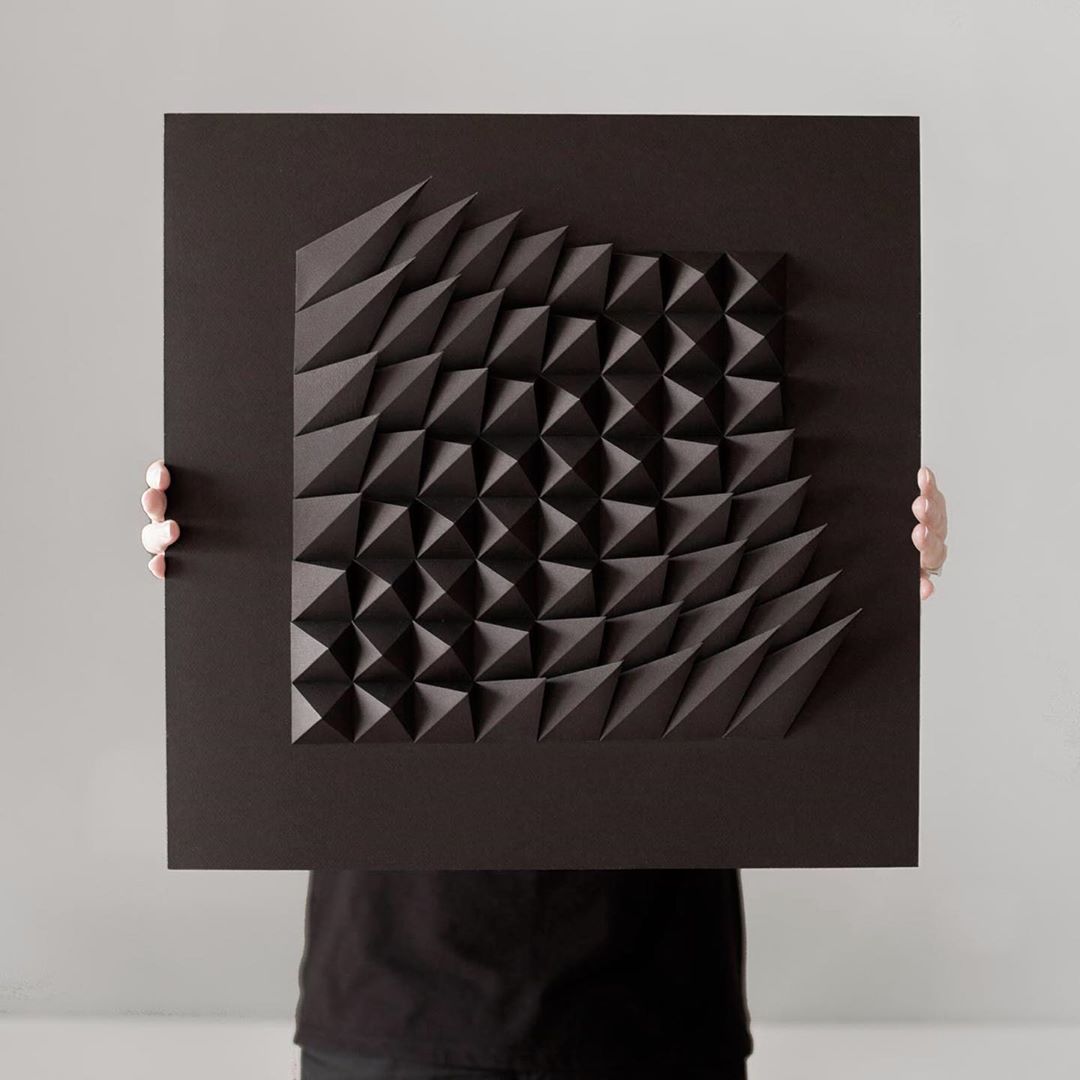