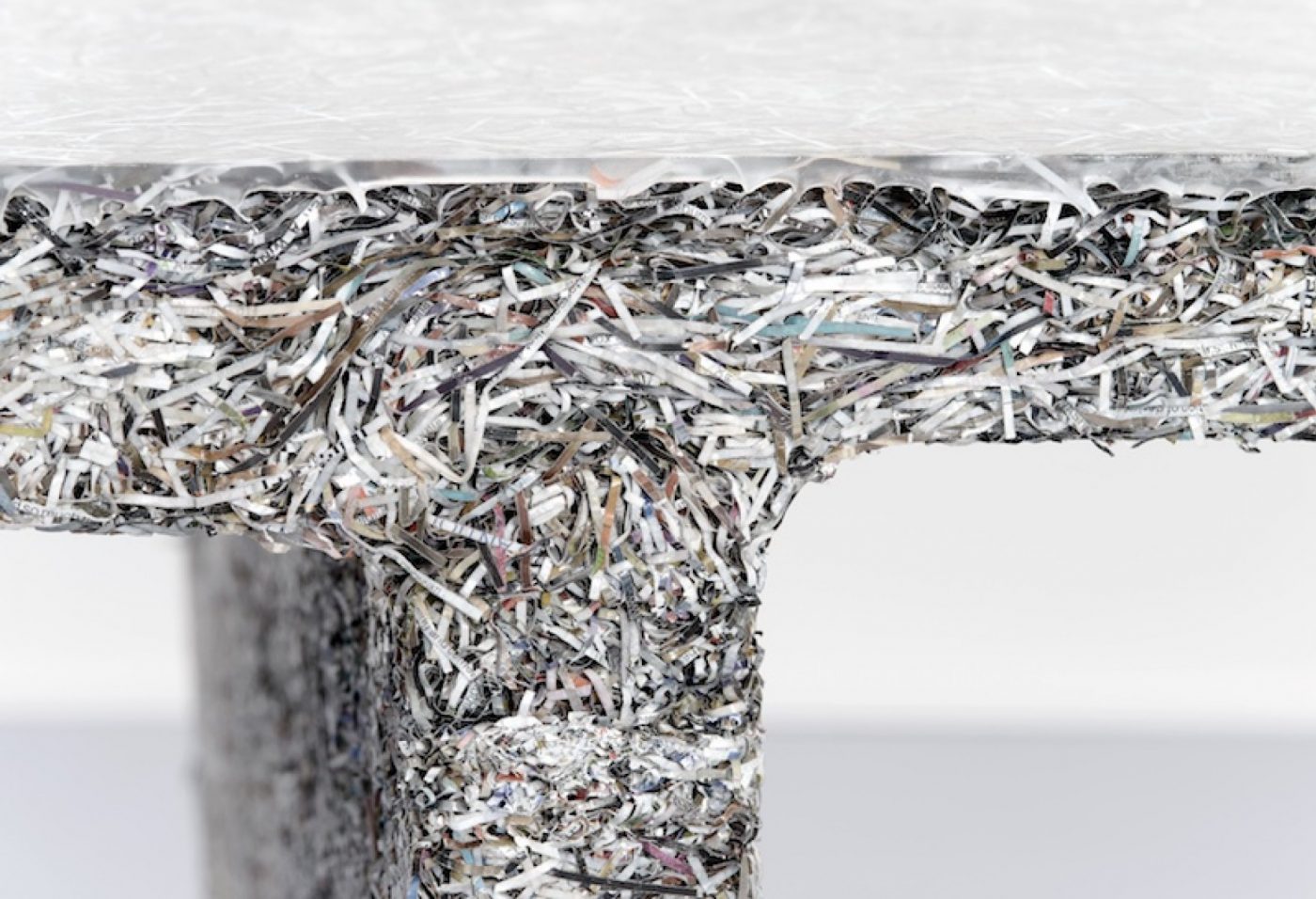 Furniture Made From Shredded Magazines By Jens Praet

Jens Praet, a Belgian furniture designer, has found a use for the huge masses of wastepaper produced in offices. And his solution is as beautiful as it is smart, recycling the paper material back into use. In his series of furniture titled Shredded, he literally has taken non-useful documents and leftover magazines and shredded them, transforming into valuable and useful objects including tables, benches, shelfs. Mixed with clear resin, the shredded material forms a heavy, resistant compound that boasts similar firmness to wood but has a beautiful, intriguingly unique appearance. From far the surface seems similar to stone, concrete or even marble, but on closer inspection, an exquisite surface pattern can be seen with unexpected fragility and detail.

The Shredded series consists of nine different styles, each done of either shredded documents or magazines such as Art in America, Capitol File, Details, Fast Company, and Robb Report, either giving the object a white and black, more minimal look or a darker, colorful style. Each table, shelf etc. is produced in a series of 12 and exclusively from a single magazine edition. 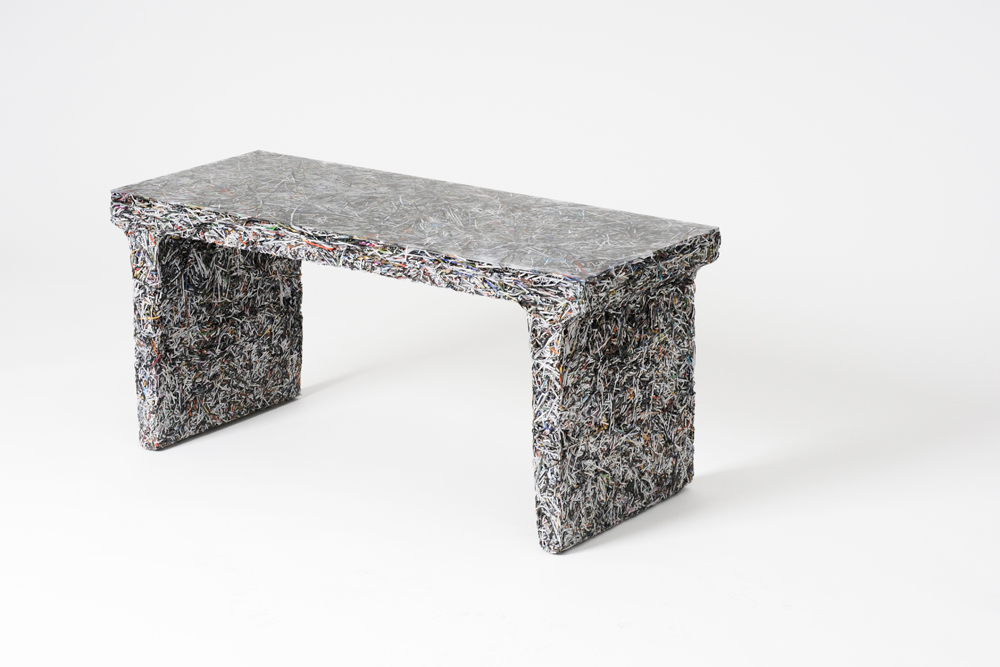 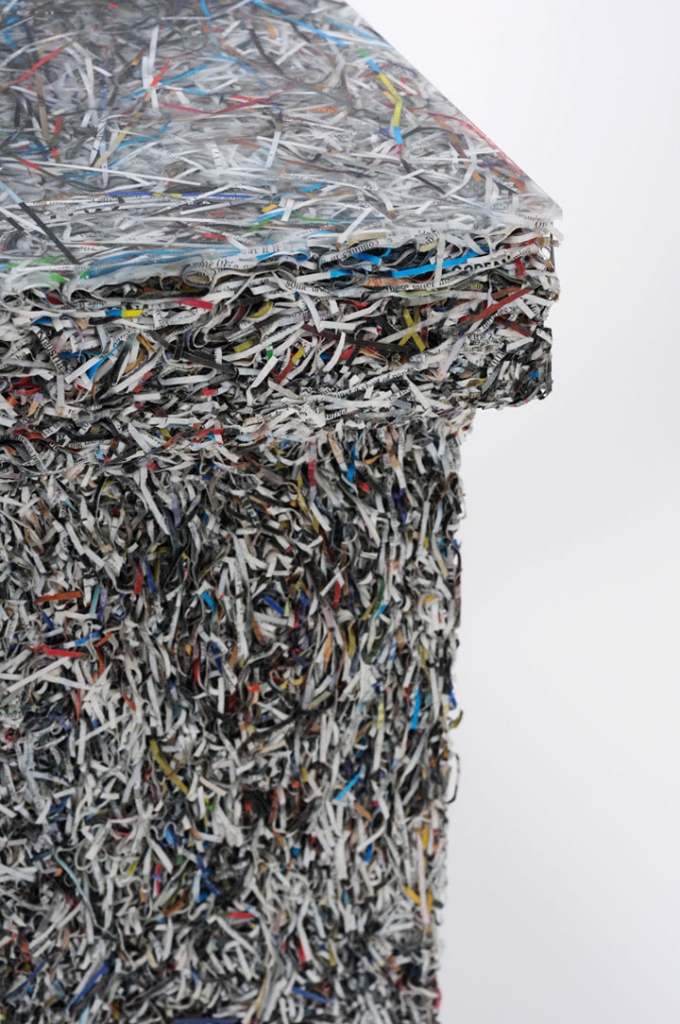 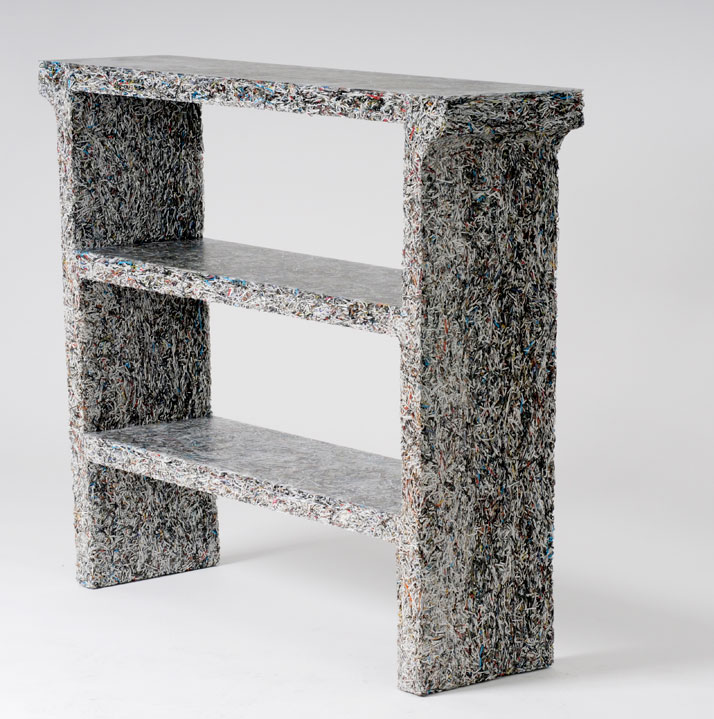