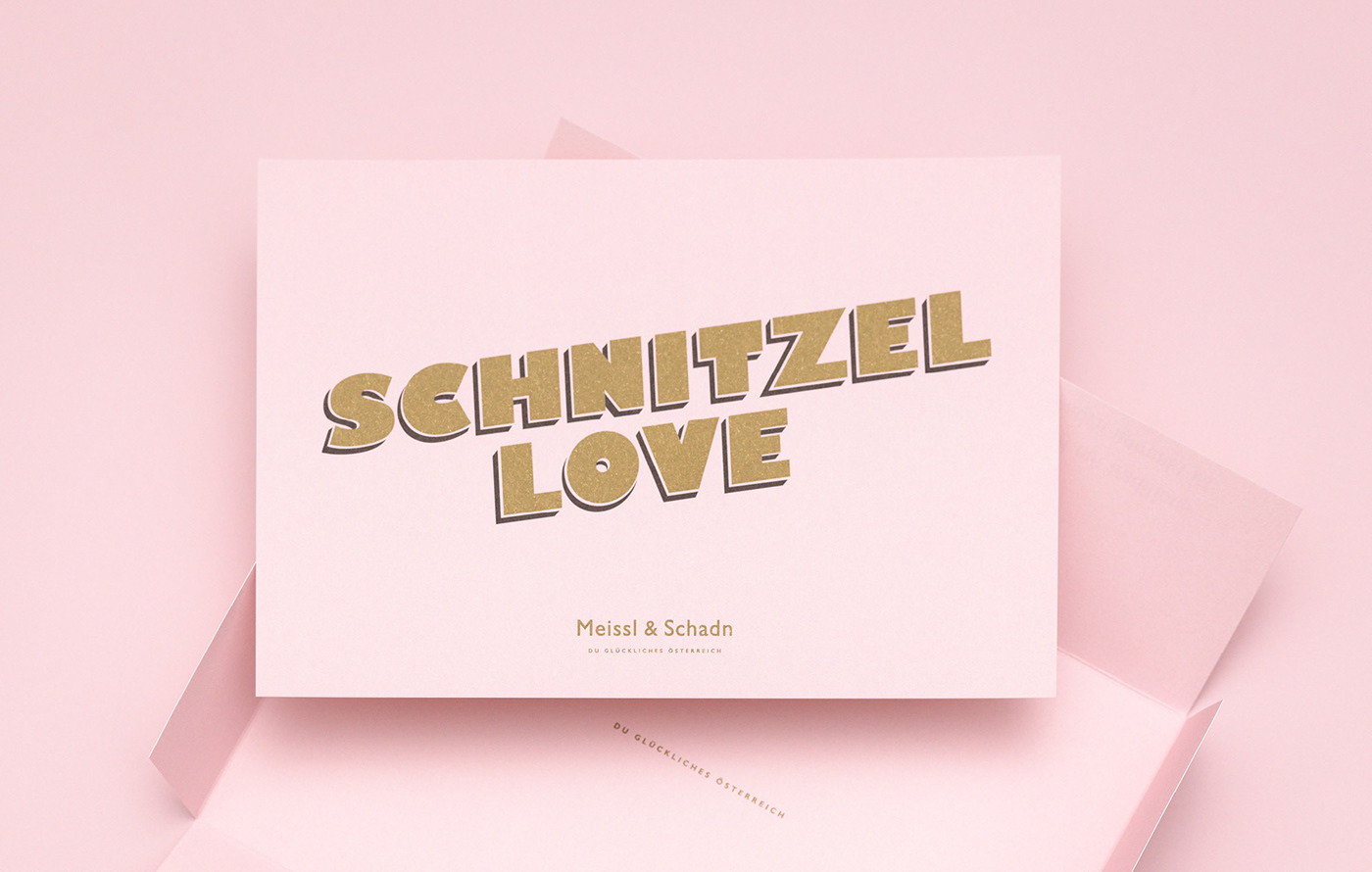 It’s known around the world, it’s Austrian’s favorite meal, the one-and-only, the Wiener Schnitzel. The baked golden goodness that is served in thousands of restaurants across the country, and is the embodiment of Austrian cuisine, is also the cornerstone of Meissl & Schadn modern-day menu. Once the meeting point of Arthur Schnitzler and Sigmund Freud, the legendary restaurant now freshly opened at Schubertring 12 under the reign of Florian Weitzer, Meissl & Schadn celebrates the original Viennese cuisine, and the one thing at the center of it all, the schnitzel. Moodley Brand Identity took on the task to design the visual identity, one that was able to translate this huge culinary legacy into here and now.

The new Meissl & Schadn is where old meets new and classiness meets smartness. There you can enjoy your Wiener Schnitzel with a glass of champagne. But you don’t have to. This is why the design combines classic elements with unconventional ones. Fresh pink meets dapper gold and fonts are used extensively. The font Romana, used in the original Meissl & Schadn’s menu at the turn of the century is used again in the new design, while the three-dimensional ultra bold Gill Sans gives power and glamorous appeal. Tradition transforms into a contemporary form, with the help of a hashtag: #schnitzellove.