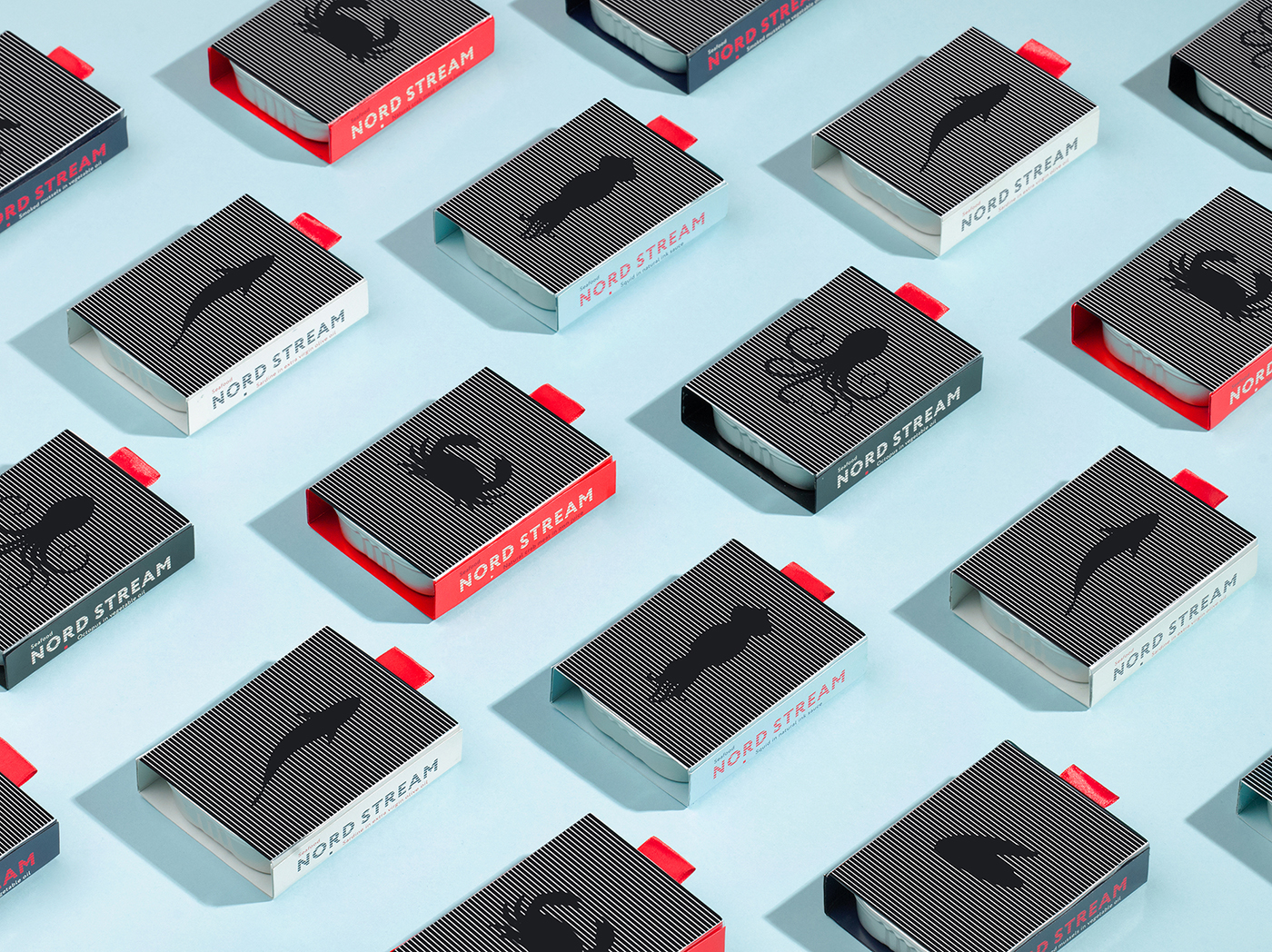 Nizhny Novgorod based Loco branding agency (previously here) took upon themselves the task of designing the packaging for Nord Stream, a product line of preserved seafood with 5 different tastes: sardine, smoked mussels, crab, octopus, and squid. Truly thinking outside the box (little packaging design humor, eh?), they came up with the idea of utilizing hidden animation in the packaging indicating the type of seafood inside, based on the concept of the Moiré pattern.

A Moiré pattern is produced by laying an opaque ruled pattern with transparent gaps on top of another similar pattern. To create an animated Moiré pattern, also known as ‘Shape Moiré’, you need to superimpose the top layer on top of a layer containing a more complex shape, which is periodically repeating along the vertical axis. Moving the upper layer an illusion of movement is created. This simple technique, which even scientists are yet to precisely explain, plays with the unique way our eyes and brain communicate.

As impressive as it is to see the technique utilized in packaging design, especially in such an interactive and beautiful way, what I love the most is the attention to detail in the overall concept. And even though the Moiré pattern is on center stage, typography, color scheme, and functionality are thoroughly thought out. Another great example of the endless possibilities and creativity that is yet to be discovered in packaging design.