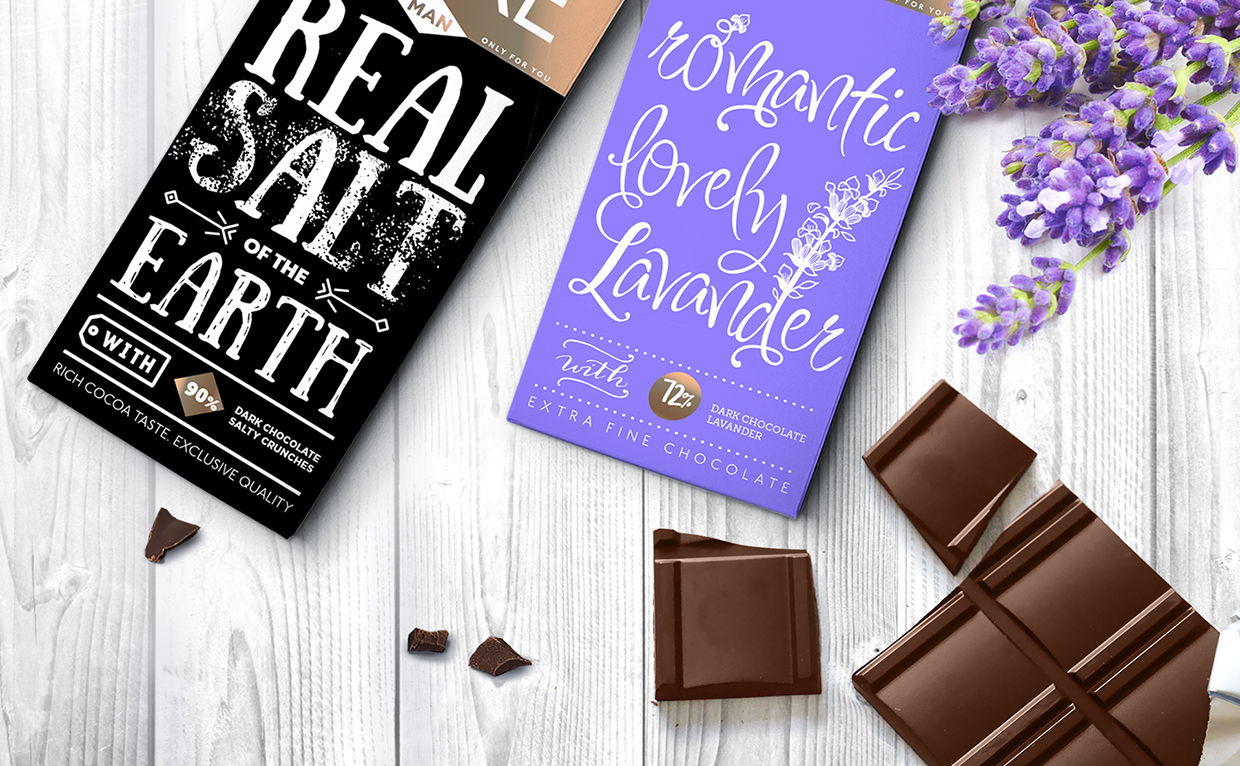 PURE – His & Hers Chocolate Packaging

BRANDING+PACKAGING
·05/11/2015
Share
Russian graphic design Daria Ksenofontova specializes in packaging design that builds a strong brand connection with more depth and idea than just a pretty box. Her His&Hers chocolate packaging concept relies heavily on typography, which varies according to the type and style of the taste in question. The chocolates are meant to be bought in two’s, as couples for couples.
“When you buy chocolate for yourself you should pick one for a significant other as well” – is the slogan that Ksenofontova had in mind when designing the packaging. When you are in love you like to share everything with your significant other. But as there are as many tastes as there are mouths, it’s hard to find one that both likes. Especially when it comes to food products. Ksenofontova’s packaging aims to correct this shortcoming by creating chocolates which would be oriented not only for single taste but for couples.

Her idea is that each flavour matches both girls’ or boys’ traits of character, and it is reflected in the name as well as the typography. There are 6 chocolate bars which feature different flavours with a wide range of color palette, going from black to white and filled in with all bright colors in between. The designs differs from bar to bar, each having a similar yet unique style. Bringing a cohesive feeling to the brand is the gold colored top quarter of each package which features the PURE logo in white type. Even as the idea is a bit simplistic: curly scripts and bright colors appeal to women, bold fonts and base colors are for men, all in all it’s a lovely idea.
Which one would you choose: Charming Happiest Mint or Burning Pirate Rum?