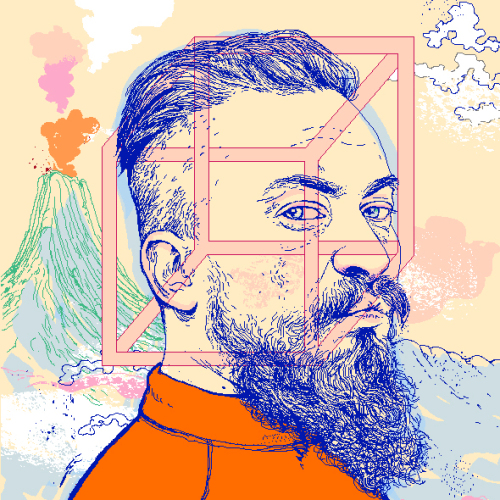 Warsaw-based illustrator and comics artist Agata Endo Nowicka began her career over 10 years ago by publishing basic Paintbrush style graphics on her blog. She quickly gained recognition for her pixelated lines and auto-ironic messages and is now one of the most active and best-known illustrators in Poland. This is a sort of cross-section of her career, in the form of selected works from the past few years. Enjoy!

Agata has kept on developing her style throughout the years, with Polish PRESS magazine claiming her the best editorial illustrator in their ranking back in 2011. It’s her recognizable style that differs her from other modern illustrators, by combining rough pixelated lines with whimsical and colorful settings, giving a feminine touch with a strong message. Her subjects include sexuality, feminism, vanity, social relations, music and everyday life – presented in a way that references a strong illustration tradition with a smart and very contemporary approach.

She has worked for many renowned titles, including ELLE, The New Yorker and New York Times as well as ad agencies such as EuroRSCG, DDB, McCann. Her works have been featured in American Illustration Book, Communication Arts Annual, Digital Arts Magazine, DPI Magazine and DazedDigital. She’s also actively involved in Polish illustration scene, co-producing and curating numerous exhibitions in Poland and abroad. In 2011 she founded the Illo agency, that now represents the best of the best of Polish illustrators, providing young artists with representation on an international market. The agency aims to promote Polish illustration globally, with latest exhibition taking place at the London Design Week last September. She is not only undeniably talented herself but is passionate about the industry and doing everything in her power to push it forward. Poster for Absolut to promote their Generation Project. From a series of portraits for Metro International V.I.P. section, featuring interviews with important people from the world of politics and economy. Series of portraits for Metro International V.I.P. section, featuring interviews with important people from the world of politics and economy. If you happen to like Agatas style and body of work, you are in luck! She has her own Etsy page where she sells limited edition prints and original artworks, check it out here.