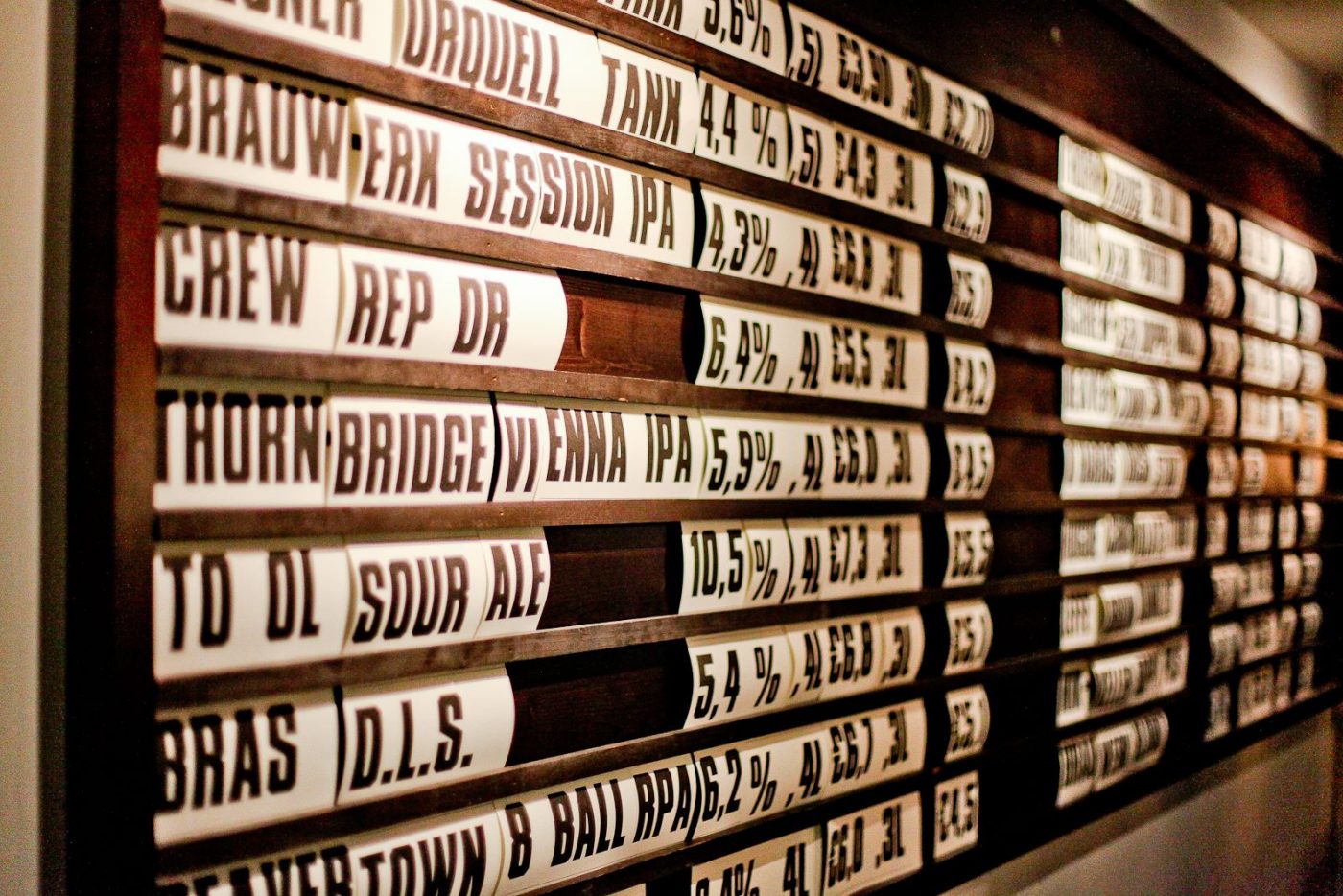 This place will suck you in, show you a good time and leave you feeling happy and satisfied. The Brickmakers Ale & Cider House on Zieglergasse in the heart of 7th district is the latest addition to the sea that is the pub scene of Vienna, but it has fast become the beacon for the lost in the quest for the perfect pint. What lured me in was the tongue-in-cheek atmosphere and intriguing interior, and when hours later I found myself back on the street, I was already under the spell and planning my next trip back. With over 30 ales & ciders on tap and nearly 150 more in bottles, Brickmakers as it has now been named, is the go-to destination when craving the simple delights of cold beer and tasty barbecue. In a country where each village and valley has it’s own namesake beer or brewery, the popularity of the place came as no surprise. The man behind the concept is Irish native Brian Patton, man behind many other bars and eateries in Vienna, including the super popular Big Smoke bar & grill pop up on the Donau Canal last summer. Being a die-hard beer and microbrewery enthusiasts, Brian developed the concept that brought together Michelin Star award-winning Peter Zinter to run the Big Smoke kitchen, joined forces with Austrian coffee brewing champion Nikolaus Hartmann who runs the Cafe Atelier on premises during day hours and formed the Culinary Love Band as the all-knowing beer sommeliers. Inspired by many trips to London, Ireland, California, Hamburg and Berlin, Brian together with a renowned Irish design team finalised the design of what is now The Brickmakers. An odd combination of old fashioned and classic pub decor, with contemporary and eclectic details forms the perfect style capturing and symbolising the Neubau district spirit. To even out the burly manliness that comes with frosty pints of beer clanking together, you’ll notice the cute little grandma curtains hanging over you. And while sinking your teeth into a succulent piece of bbq, you’ll enjoy the works of local artists who were commissioned to design artwork for the interior, and the eclectic mix of funk, soul, hip-hop and disco music concept by local vinyl store proprietor.