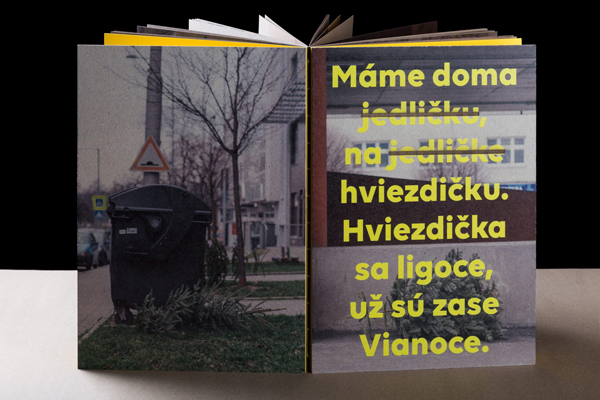 We’re just about to begin the third week of the new year and Christmas feels like a mile away in the rearview mirror. But there’s something scattered along the city streets that still remind us of the holiday just passed. You can see discarded Christmas Trees along the street curbs, sad and lonely, after fulfilling their mission of holiday cheer. This annual tradition is known but easily ignored, till now.

The Consumable Tree book, by author Lukáš Procházka and graphic designer Dušan Chmeliar, follows this phenomenon that emerges every year; after the New Year’s eve, used Christmas trees are thrown away, exiled from inside, abandoned on street curbs and garbage bins sites. The now plain trees, stripped from their glorious decorations, turn from celebrated symbols to disposable goods. The cheerful and joyous Christmas spirit, that the holiday is so saturated with, turns into something melancholic – which without cultural knowledge seems absurd and meaningless. 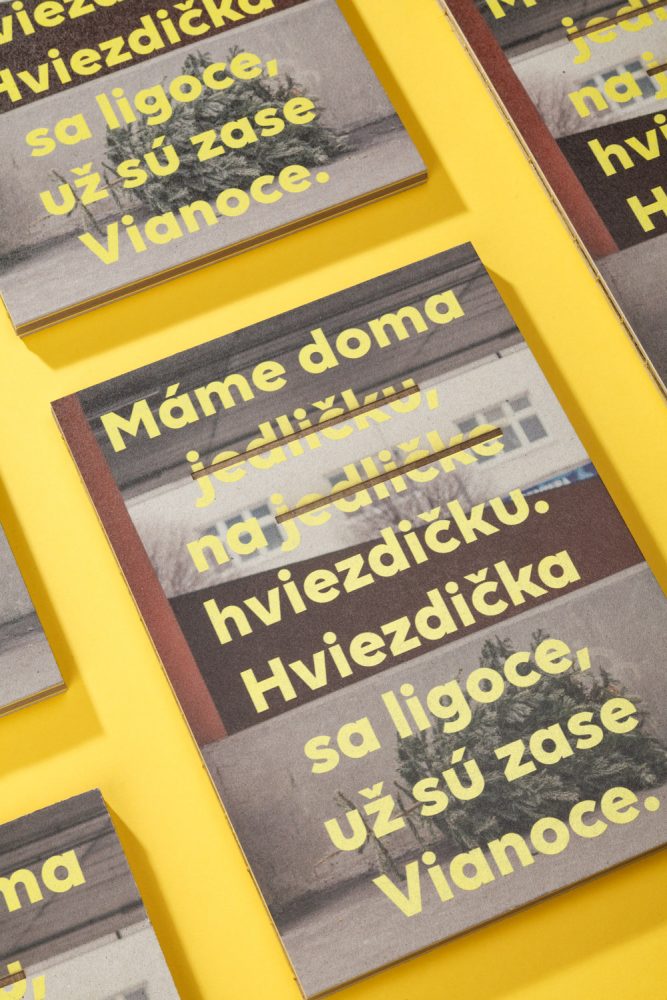 The sacral atmosphere of Christmas begins to disappear with thrown out trees, and what emerges is an image deprived of an emotional charge in which Christmas is “soaked up in”. By looking at these trees, a social ritual emerges, which would seem absurd, without having knowledge of the preceding events”, the authors write.

In The Consumable Tree book, photos of disposed Christmas trees are paired with Christmas carols, which serve with the same metaphorical meaning as the trees themselves. In each carol, the word tree is struck through to illustrated its mere symbolic value for the holiday.  Removing the word tree enhances the gesture of removing the trees from homes and thus removing the Christmas atmosphere they so much are celebrated for. Each book comes wrapped in a net that was used to wrap Christmas trees, while a limited series of postcards is also included with each copy. The book has been exhibited at numerous book fairs as well as the Bratislava Design Week, and in 2020 was selected among the finalists for the Slovak Design Award.

The book is printed on SH Recycling, a premium paper made from 100% recycled fibers, to echo the sentiment and topic of the discarded Christmas trees

The book is printed on recycled paper SH Recycling 140 gsm – exclusively available at Europapier. The paper by its own process of recycling connects the formal part of the book to its content part, disposed trees. “By using this kind of paper, printing became a little unpredictable and brought a sense of randomness into the book. At the same time printing a photography book on SH Recycling was challenging and before final printing quite a few tests were made to correct the contrast and colors of the photographs. In the end, everything looked stunning!”, the creators write.

The book cover is made up of a rough book board. While the photographs and carols are printed on the board using UV printing, and then later laser was used to engrave the strike through on the word tree. 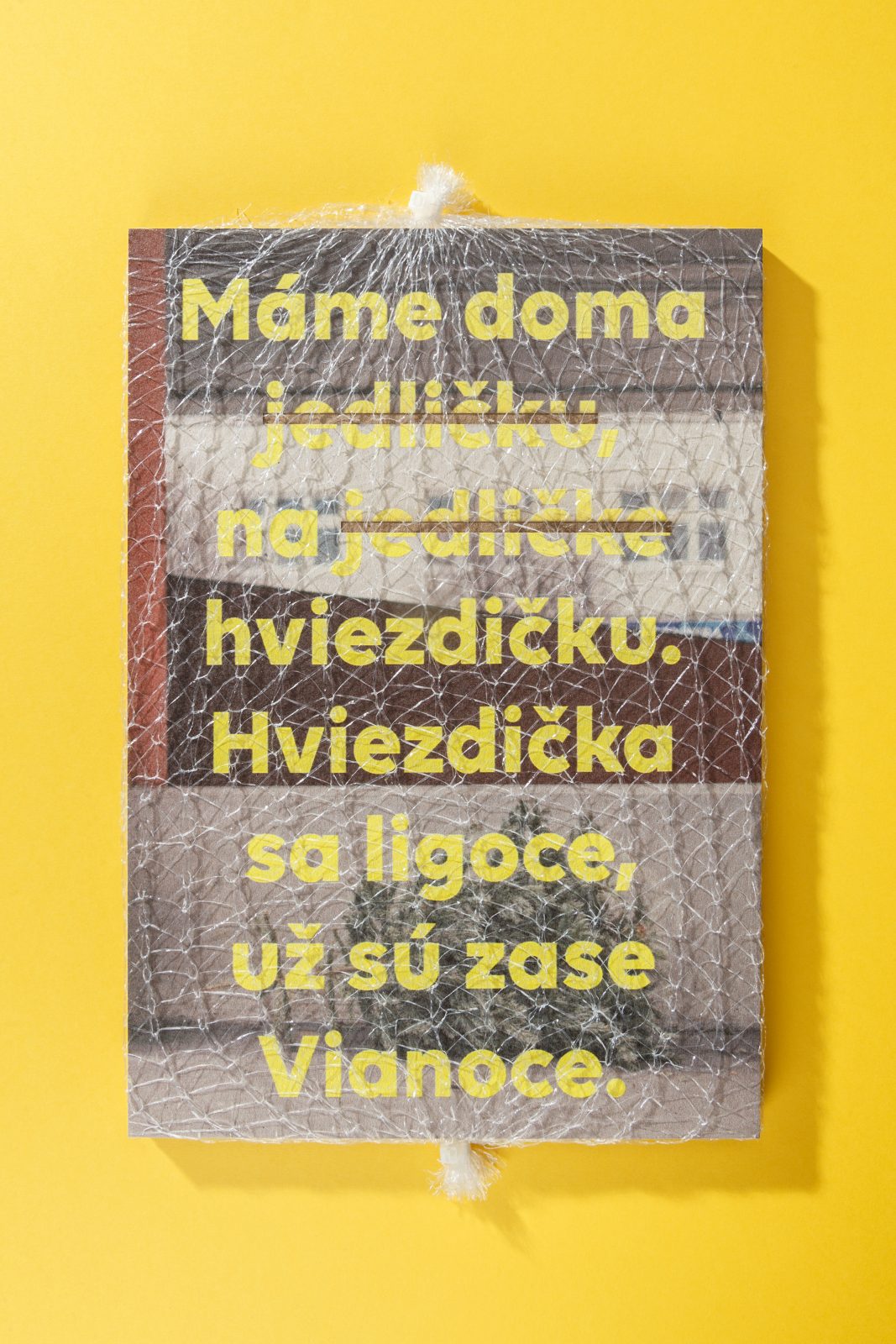 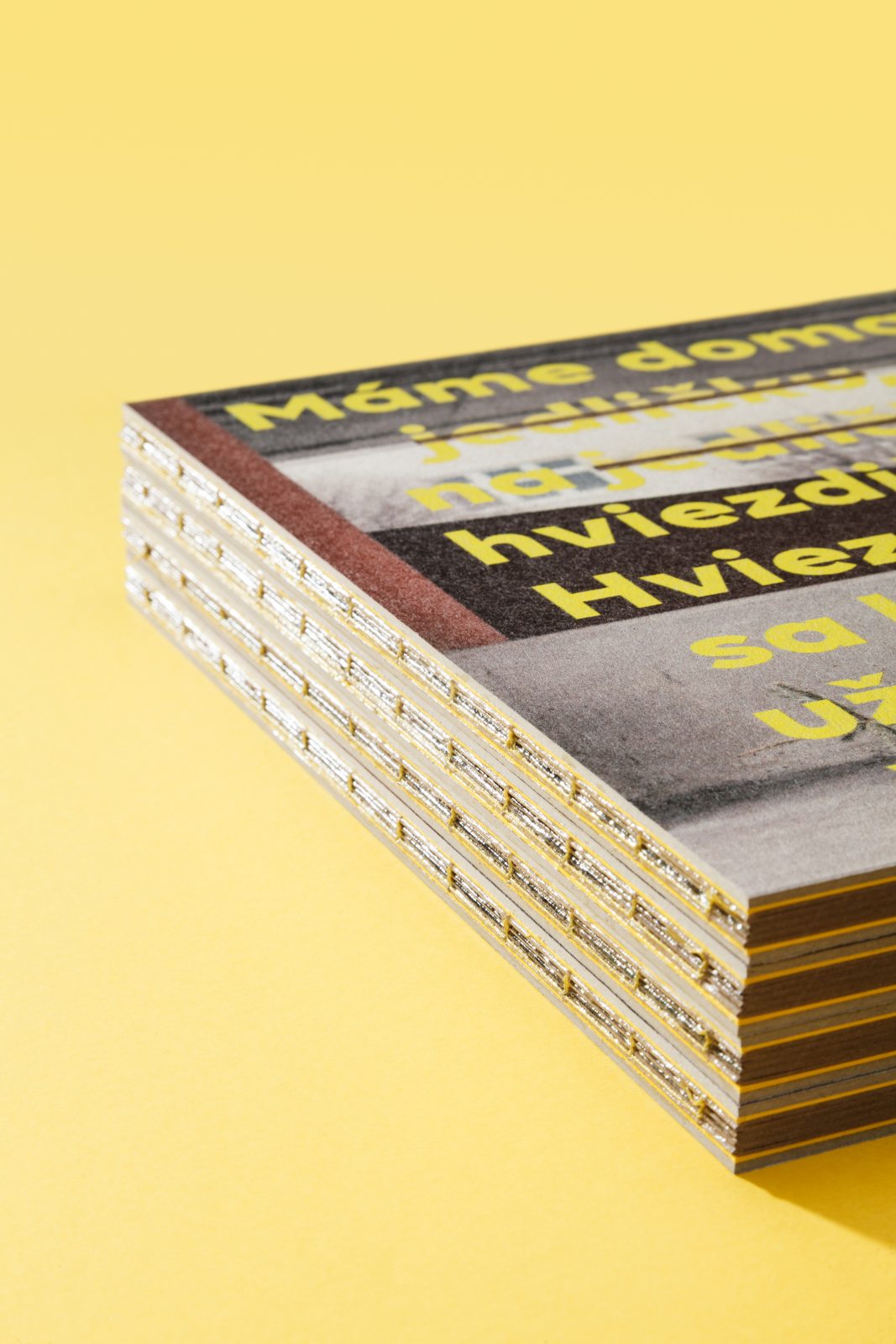 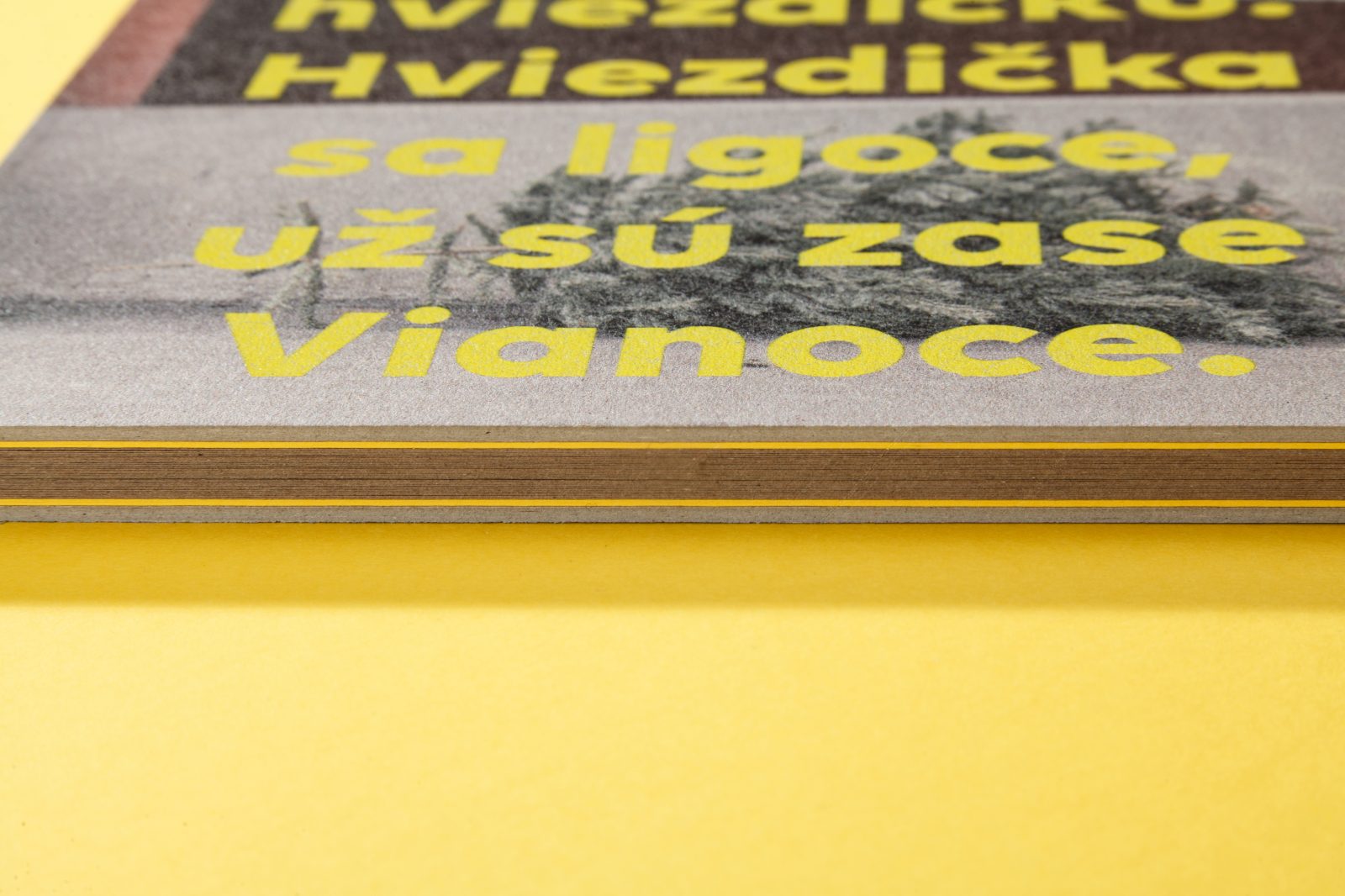 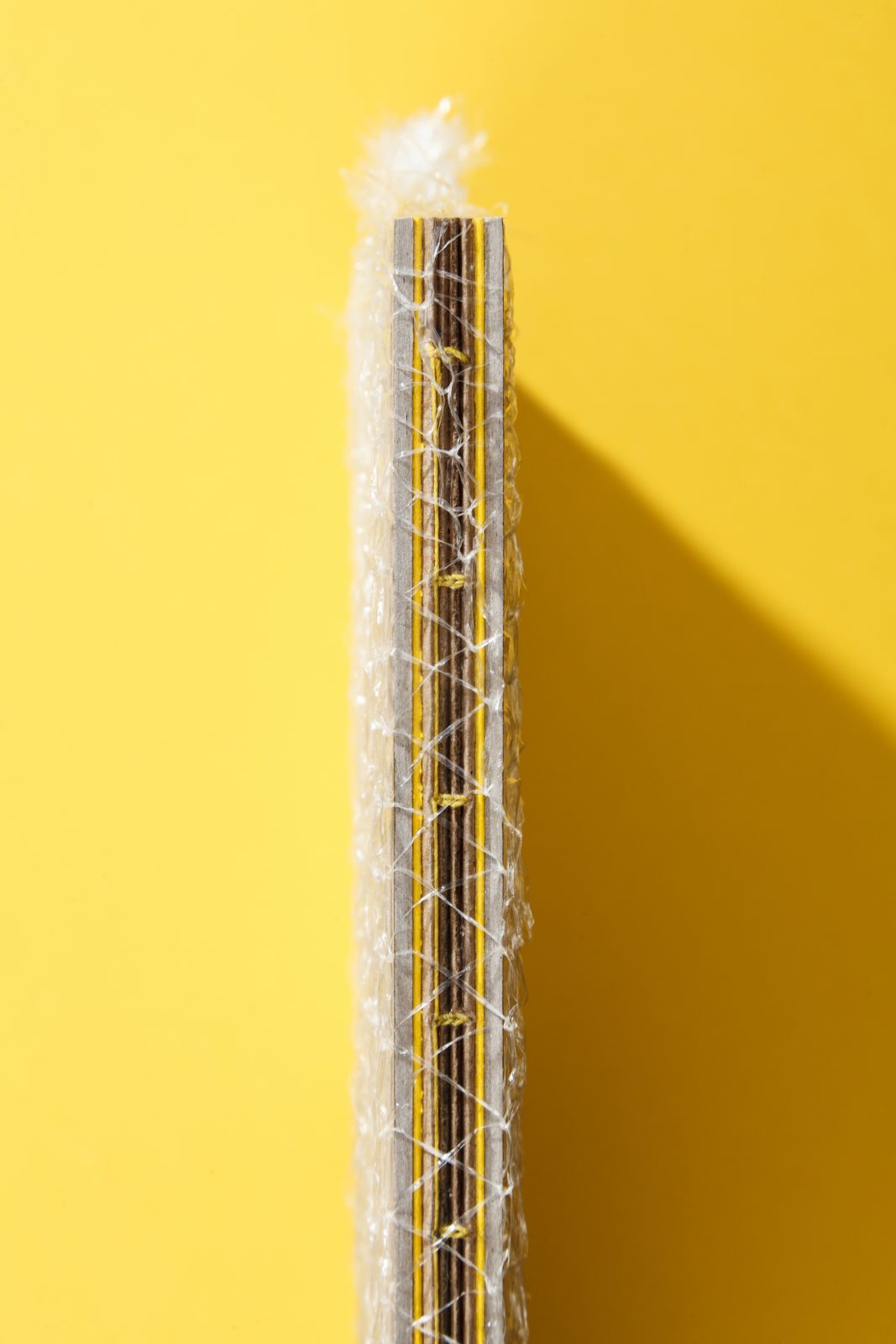 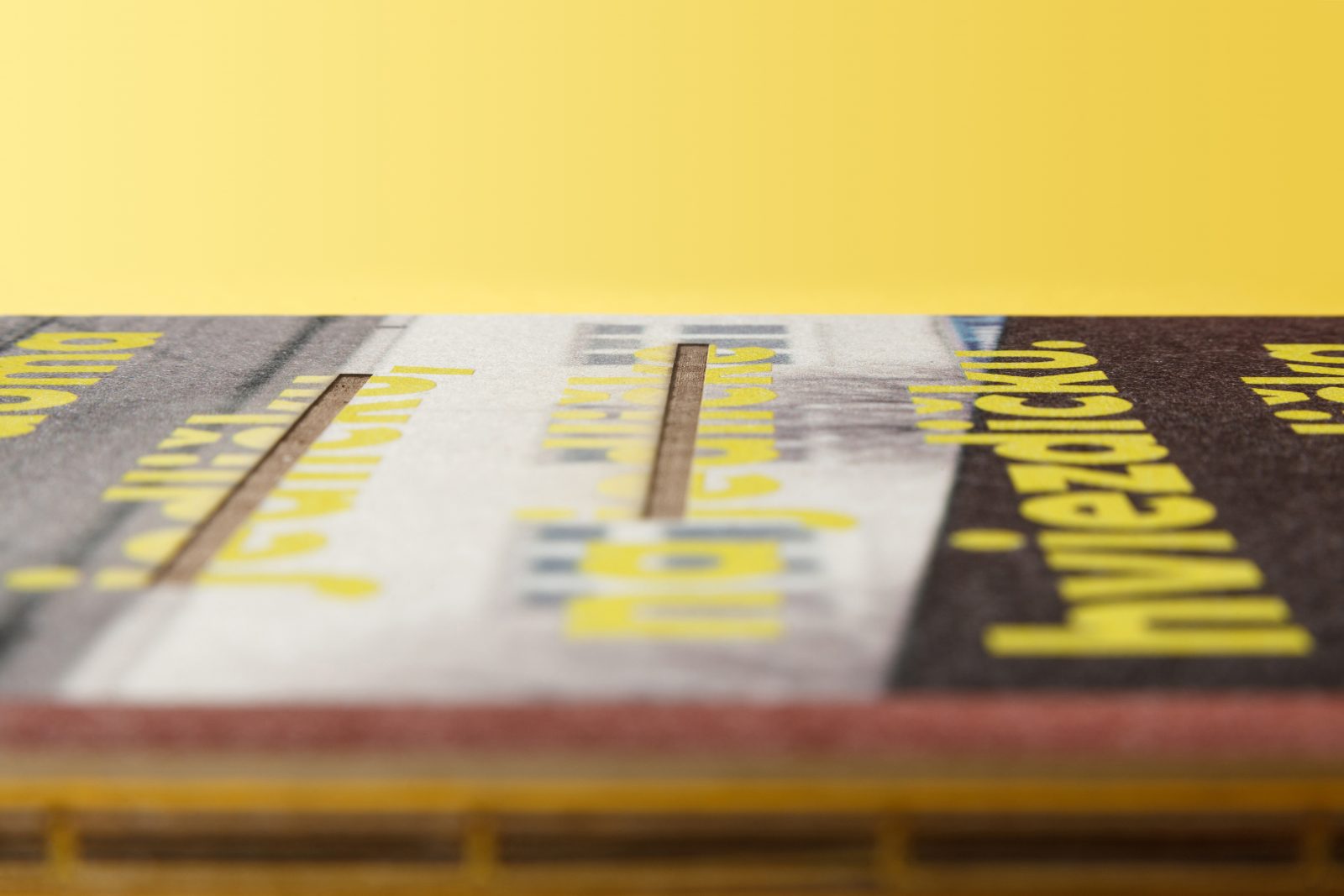 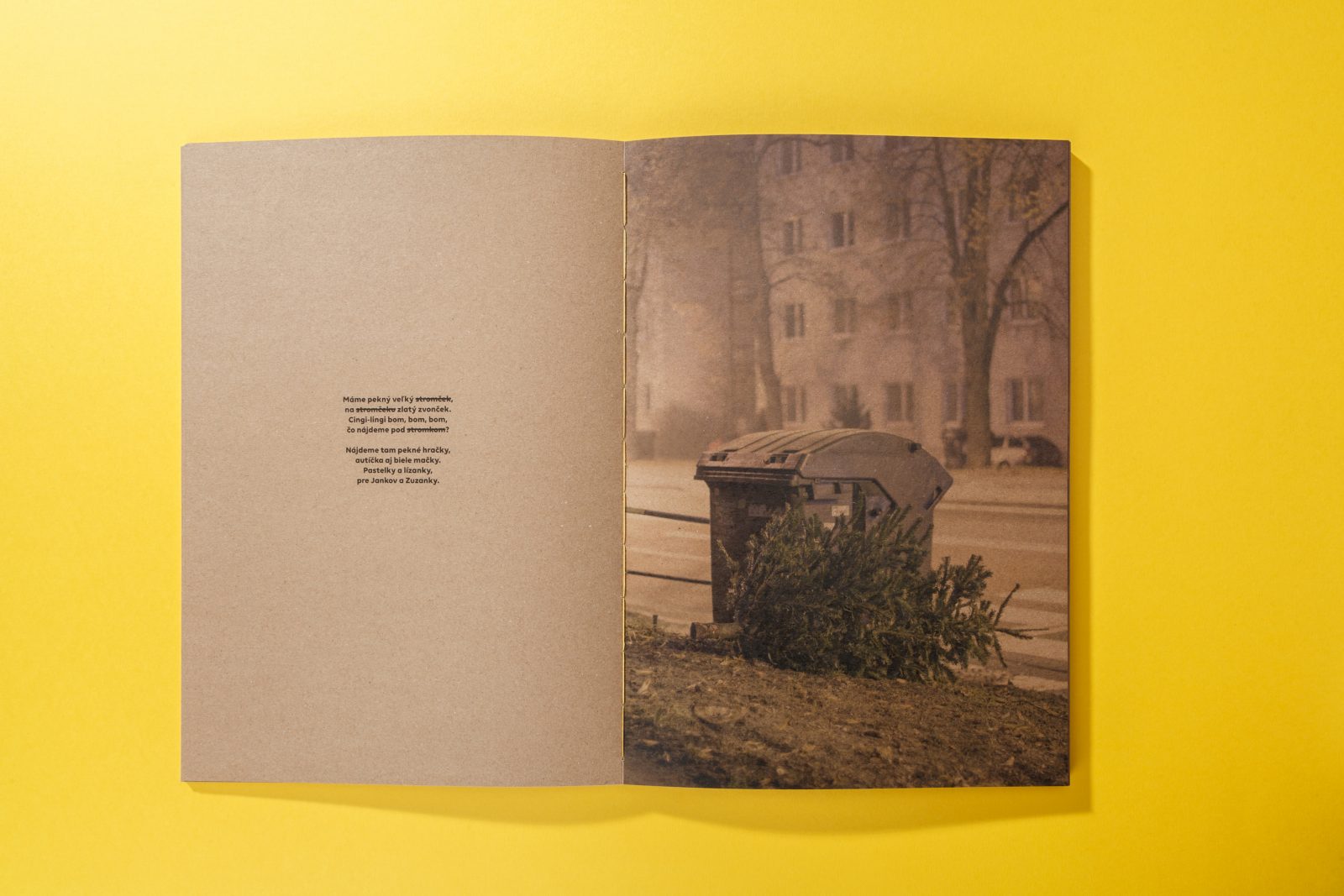 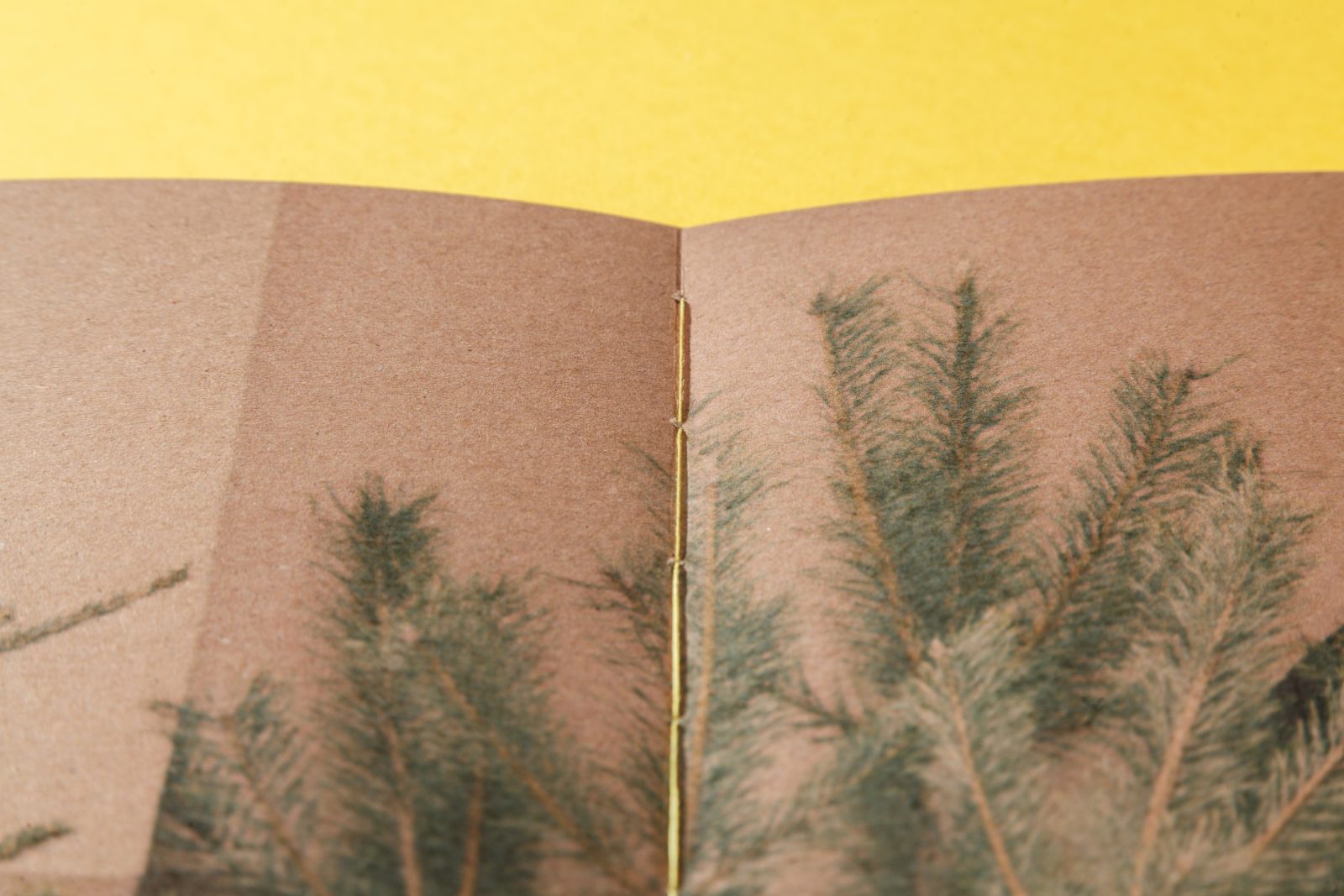 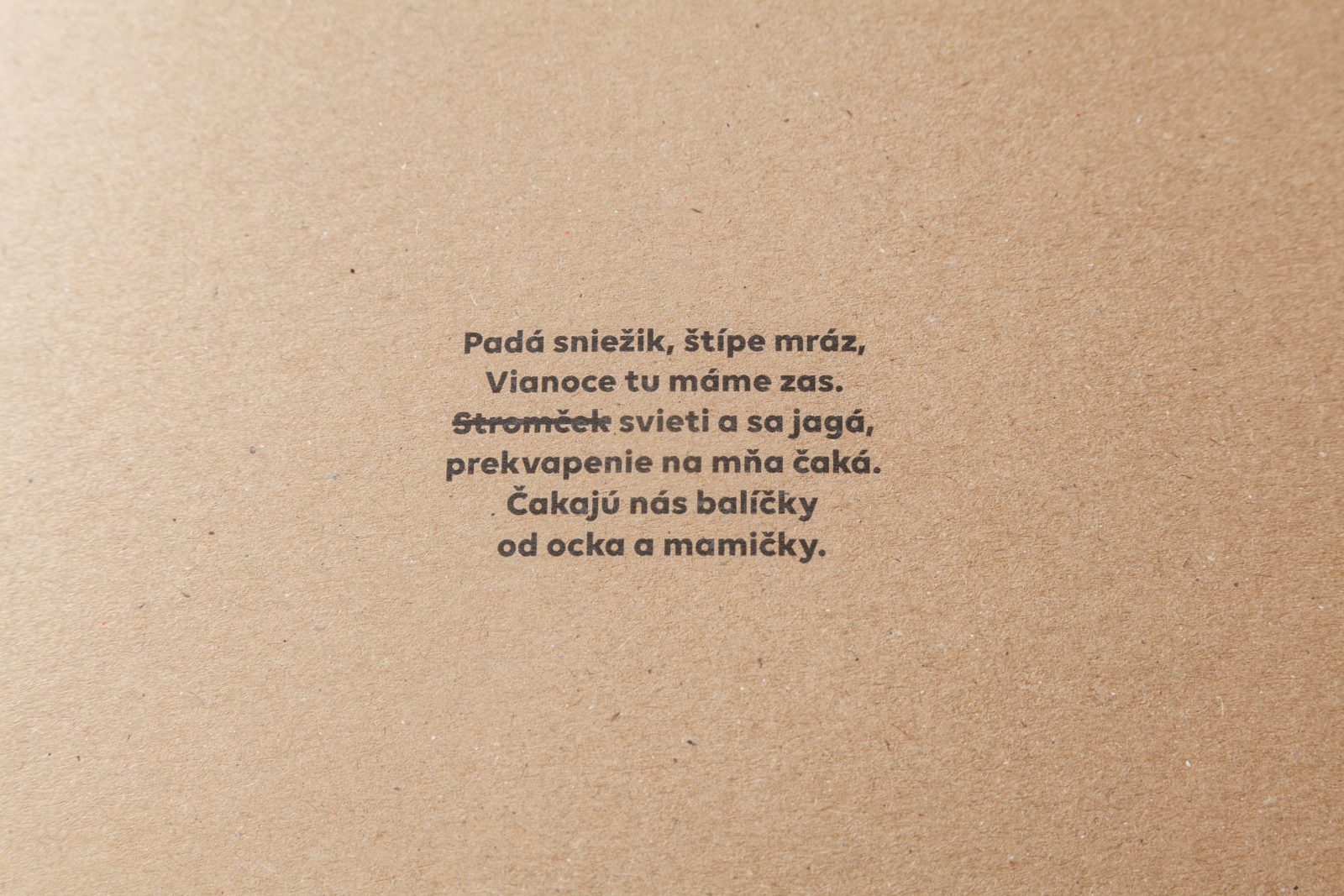