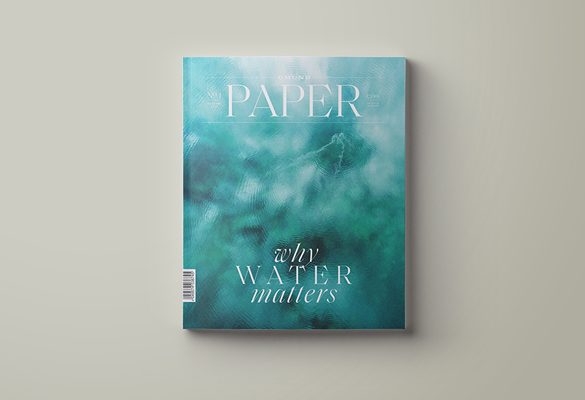 On March 22nd we celebrate the International Water Day, whose goal is to inspire people around the world to learn more about water-related issues, the importance of freshwater and to take action in order to make a difference.

Running since 1829, Gmund has produced beautiful papers at their mill at lake Tegernsee, in Southern Germany. Starting with fine handmade papers, they now have an innovative paper range consisting of more than 25 different collections, available in over 70 countries across the globe – read more here.

The leitmotif of the magazine, as the title suggests, is the theme of water, which flows through the whole magazine both visually and in terms of content. As a fundamental component in paper production, water is ever present at Gmund Paper and it shows their commitment to sustainability.

“Water is one of the most amazing substances we know. Most life events are mostly water. All life on earth depends on the water. The earth is 71% covered with water. The total water resources of our planet amount to about 1.386 billion cubic kilometers, of which ca 96.5% account for the salt water of the oceans. Only about 3.5% of the water resources are fresh water. But most fresh water is not liquid, but found in frozen form in the poles and glaciers”

The magazine brought together talented contributors, which have realized a stunning first issue of the magazine. Peter von Felbert, a Munich based photographer, moves stylistically on a level between applied and artistic photography, capturing everything that is alive. Mathias Leidgschwendner, the Art Director of the project, works as a Designer and a Photographer and has already won the German Design Award for his own magazine “Fasson”. Katharina Bourjau, originally from Munich now based in Stuttgart and Tegernsee has realized the illustrations and journalist Karin Lochner, who won the 2013 Valais Media Prize, brings the texts of the magazine to life.

In the last part of the magazine, Gmund introduces the reader to their paper samples, through varied colors and textures, which play with blue and green water shades, as long as with sand or colors found in river banks. The magazine’s unusual dimensions (24.5 x 20 cm) are compact enough to accompany readers everywhere, yet spacious enough to be visually and tactilely impressive. Flipping through the magazine, I get the feeling of nostalgia, summer vacation, and the weightless sensation of floating in crystal clear water. 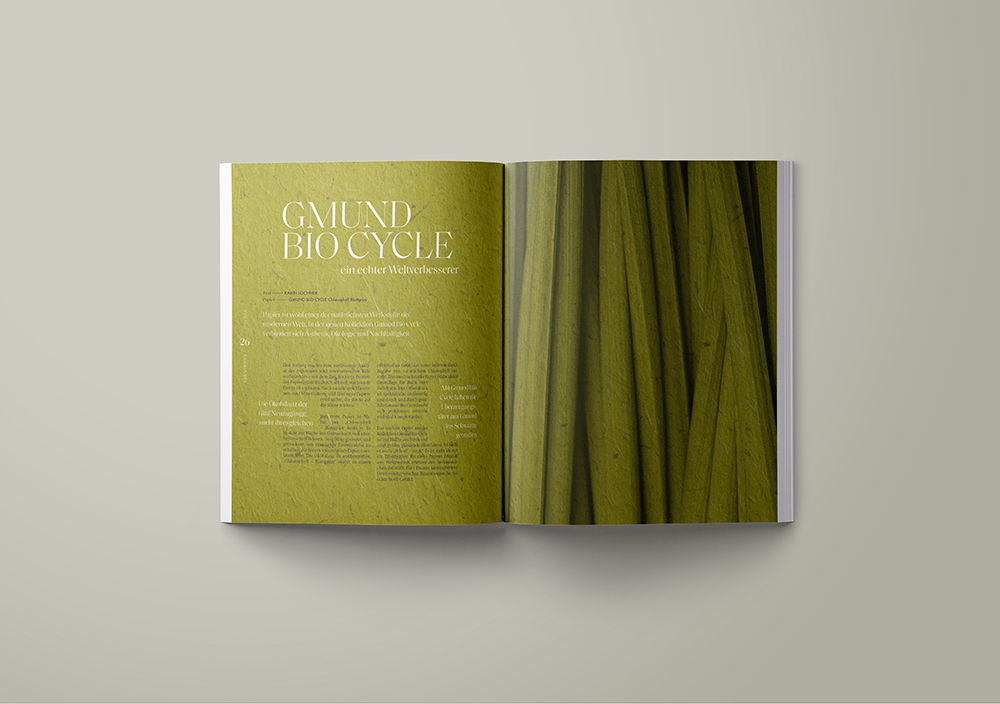 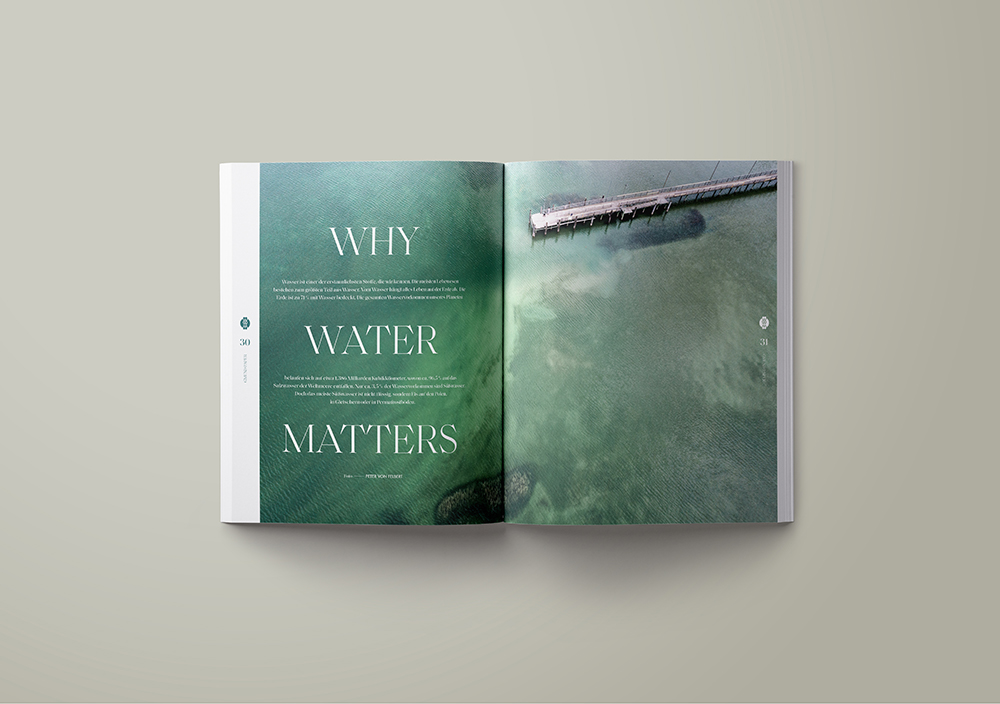 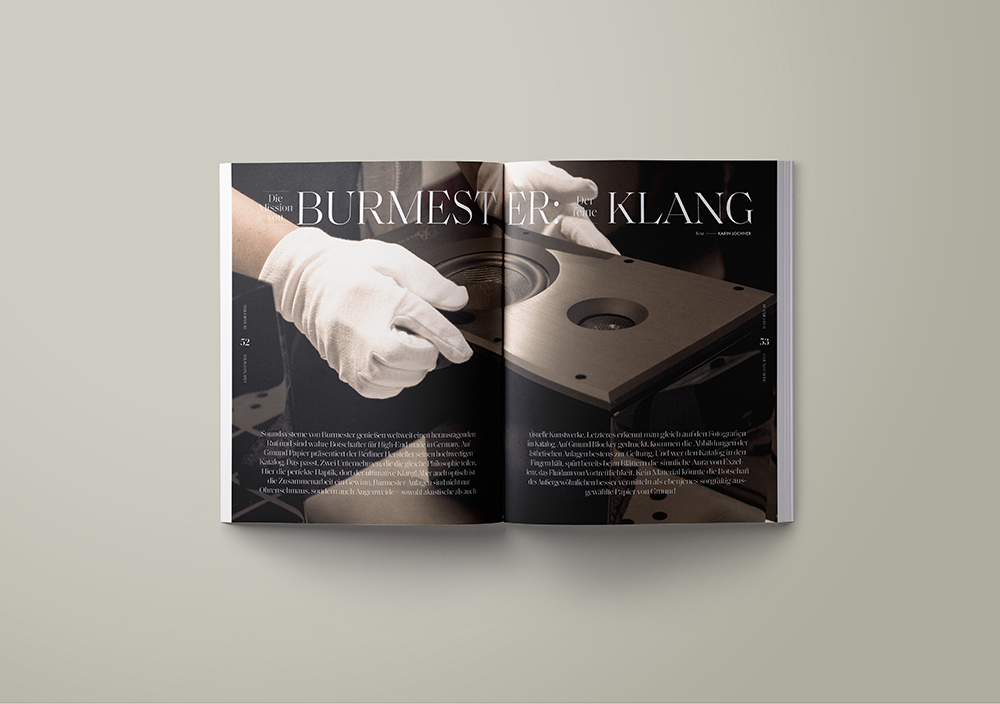 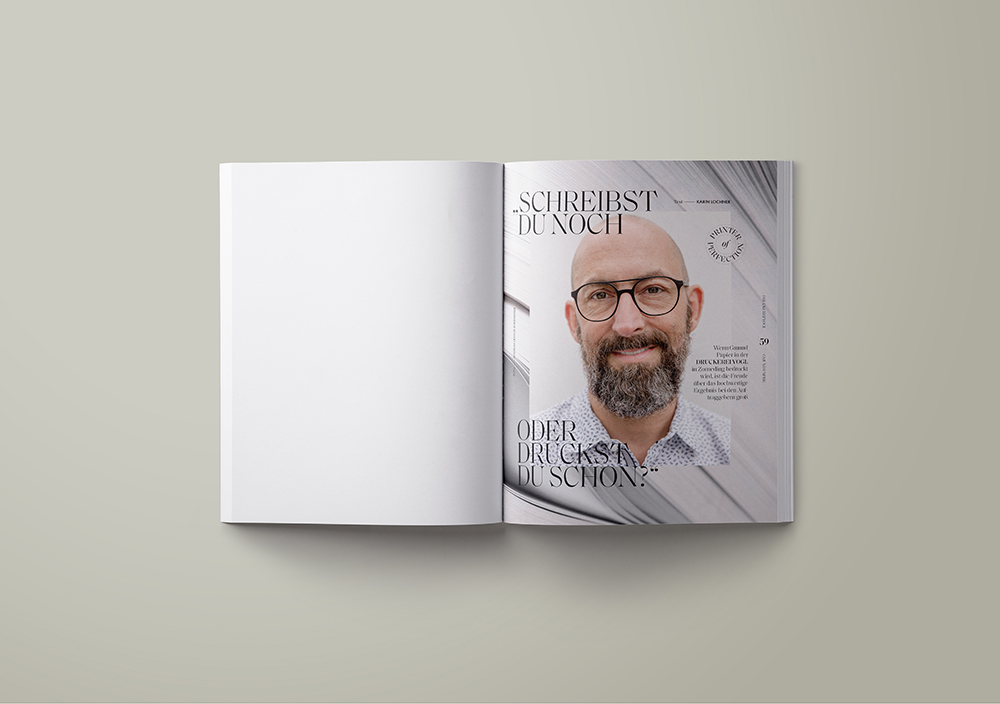 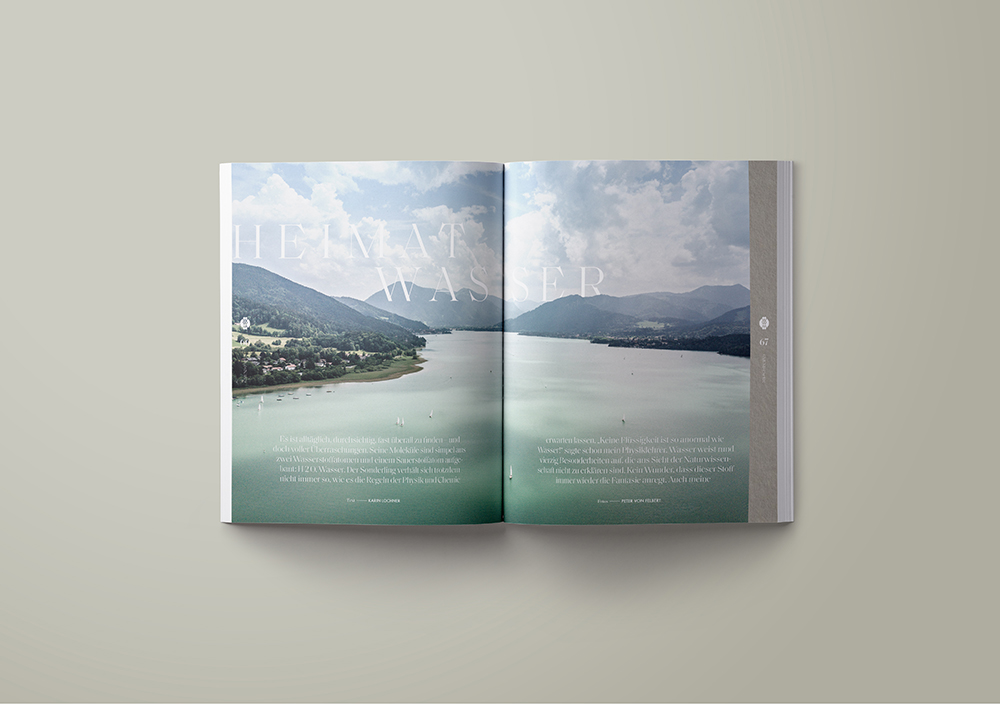