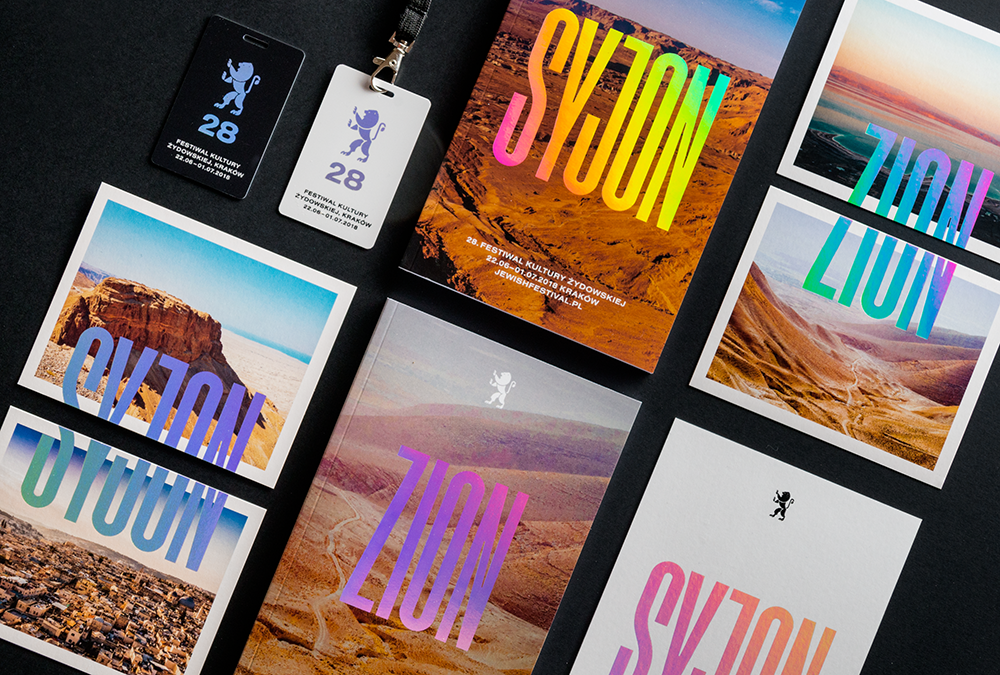 Krakow based design Studio Otwarte (previously here) specializes in building identity systems for brands that covers everything from A to Z, from visual communication strategy to the full design of the brand itself, as well as production and implementation. They are a full-service agency with a canning ability to create engaging, contemporary identities which reflect the brand’s values, a skill which with they’ve gained a respectable client roster, some which keep coming back year after year.

One of these loyal companies is the Jewish Culture Festival that took place in the city of Krakow for the 28th time this year. The festival celebrates diversity and beauty of the Jewish culture from all around the globe in the form of workshops, lectures, discussions, guided tours, and of course various musical events.

Following in previous year’s footsteps, this years’ visual identity of the Jewish Culture Festival is as bold and brilliant than previously, if not more. As the 28th year coincides with the 70th anniversary of the founding of the state of Israel, the festivals main theme became Zion, which Otwarte decided to depict as a dream, shimmering with a multitude of ungraspable colors. To translate this into the design, they used holographic foil for the wordmark. Applying the foil all across the festival materials, from print and advertising materials to t-shirts, rollups, and identity cards, together with saturated, minimal landscape typography, a cohesive concept was born that demands attention while being stylish and daring.