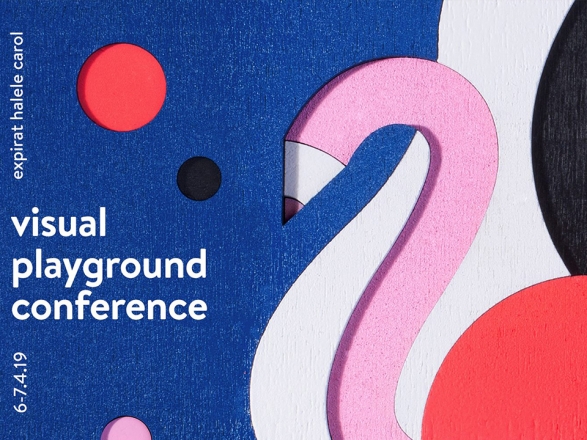 Next month the creative crowd of who’s who of Romania will gather together at the Expirat Halele Carol in Bucharest for the Visual Playground Festival, where nine of the biggest names in contemporary design and illustration will speak and share their personal creative stories. Among the names are the likes of Hey Studio, Awesome Frank, and Futura, from who you should expect nothing less than unique insights and honest advice.

But besides getting the chance to listen to some of the best creative minds in the world speak, there will be an opening exhibition by illustrator and friend-of-the-festival Karolis Strautniekas, as well as a massive mural painted by Pedro Campiche aka Akacorleone.

Furthermore, Visual Playground promises special workshops run by world-known-artists which are described as intensive-training art boot camps (apply before March 15th here). During its 8 days of workshops, 9 mind-bending artists will share their knowledge with 24 lucky participants. And of course, what would a design festival be without amazing afterparties! All-in-all the festival promises an inspiring ten-day design extravaganza, which you will regret to have missed! So keep in mind, while the speaker lineup is impressive, the venue is intimate, so you better get a ticket quick (buy here).

We are also delighted to add that Europapier will be the official supplier of paper for Visual Playground festival.

Watch the video below from Visual Playground 2017 edition.