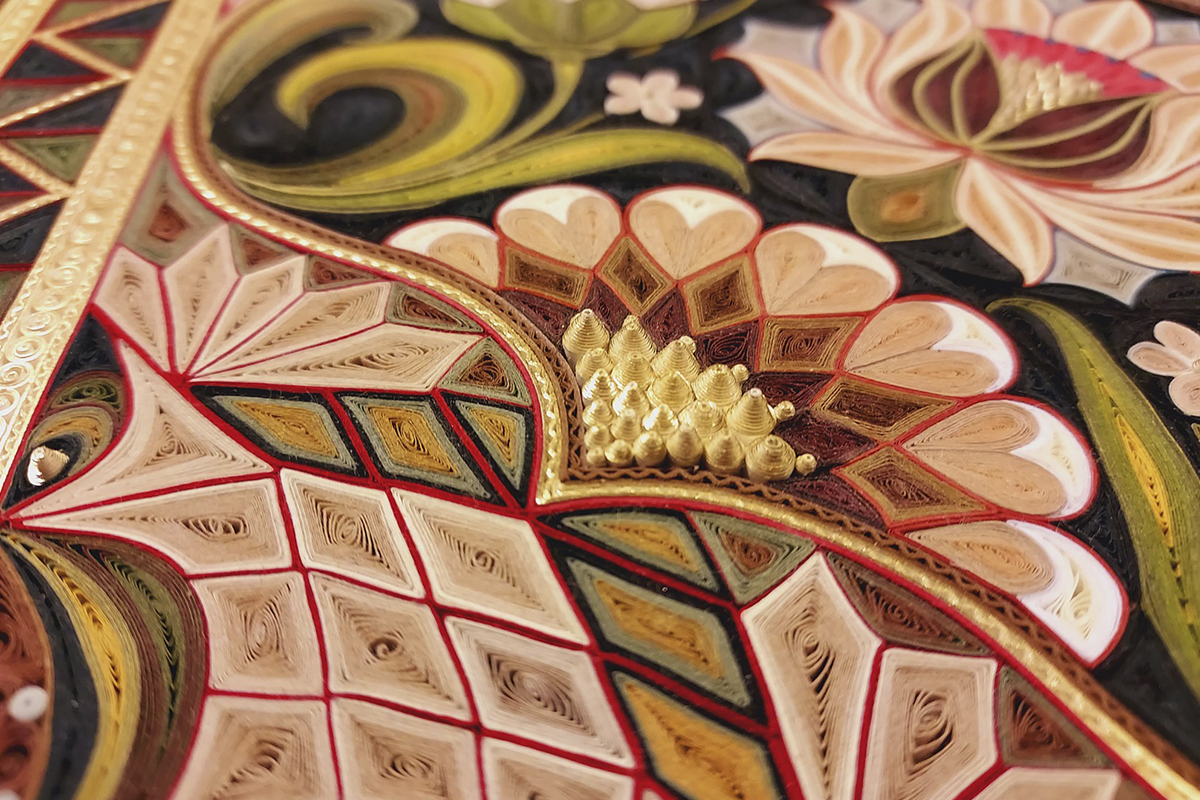 American artist Lisa Nilsson who received her BFA in illustration from the Rhode Island School of Design in 1985 has had her work exhibited nationally and internationally in the span of her career, with the latest exhibition taking place at the Pavel Zoubok Fine Art Gallery in New York, who also represents the artist. For the past ten years, Nilsson’s artistic practice has been focused on the centuries-old paper crafting technique called quilling – in which you roll, manipulate, curl, and twist narrow strips of paper, before coiling, pinching, and squeezing them into various shapes which are placed and glued together to form detailed design. 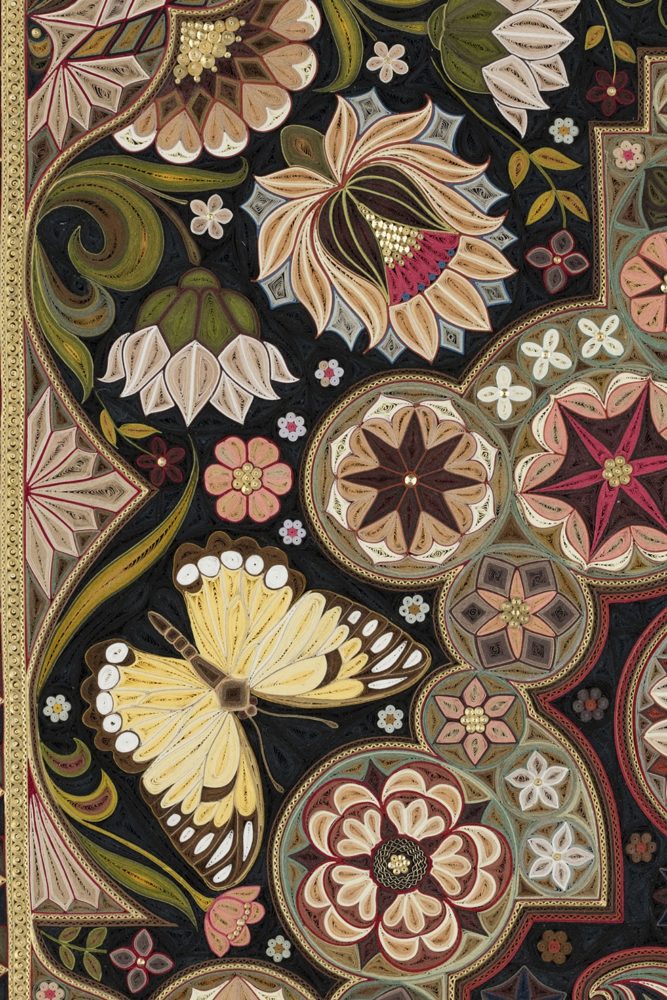 The quilling technique requires a certain kind of attention, good focusing skills, tenacity, and of course plenty of time, a process Nilsson likens to completing a puzzle

The history of quilling can be traced back hundreds of years to France and Italy, where 15th-century nuns were believed to have developed the technique to decorate religious objects, in place of carved ivory or wrought iron-two, in an effort to save money. But it was in the 18th century England where quilling became a popular pastime for “ladies of leisure”, as it was seen as not too taxing, but a skill non the less than required certain skill and thought. The technique requires a certain kind of attention, good focusing skills, tenacity, and of course plenty of time, a process Nilsson likens to completing a puzzle. “Once you get rolling you don’t want to quit. The challenge is not in sticking with it, but in walking away when you ought to, your eyes and back are sore, and you know you really should get up to pee or eat or stretch or get back to the rest of your life. But watching this barnyard scene come together is now the most important thing ever. Finishing it will complete you”, Nilsson writes in her essay “I Would Wish This On Anyone”.

The Grand Jardin: keeping the faith is a masterful compilation of complex details and intricate organic shapes built of densely squeezed rolled paper coils in a symmetrical composition

In Nilsson’s most recent body of works, the Tapis Series, the artist moves beyond her initial inspiration of anatomical subject matter while continuing her exploration of the possibilities quilling as a technique can offer. Opening up to a more vivid world of colors, tones, textures, and shapes, she found renewed inspiration in decorative arts, predominantly in Persian rugs, renaissance book bindings, and Byzantine enamels. This year the artist finished her most recent piece titled “Grand Jardin”, which took her a staggering six years to complete, which is a masterful compilation of complex details and intricate organic shapes built of densely squeezed rolled paper coils in a symmetrical composition. Inspired by traditional Persian rug designs, the piece is made of dyed Japanese mulberry paper and gilt-edged paper on a scale that might be the biggest Nilsson had ever made. Built from the middle outwards, the work includes beautiful details such as blooming florals, fluttering butterflies, creeping beetles, and ornate geometric patterns.

Having a working relationship with one piece for such a long period of time brought novel thoughts and emotions, and required new things of me as an artist and as a person. The actual making of it was pretty much an ongoing delight, making decisions was sometimes torturous. – Nilsson writes.

During the six years that went into making the Grand Jardin, the artist was capable of trusting the process enough to design the details as she progressed without having a predefined plan. And the delight and gratification that comes from a process that requires such improvisation, in action is slow and meticulous, is what makes the piece truly significant.

Inspired by a centuries-old Persian textile craft while utilizing an equally old paper art technique, Nilsson has created something that bridges the past with our present, while deeply rooted in the artist’s own experience. Enjoy the remarkable Grand Jardin below with all its intricate details, from the ornate border to the topographical floral buds. 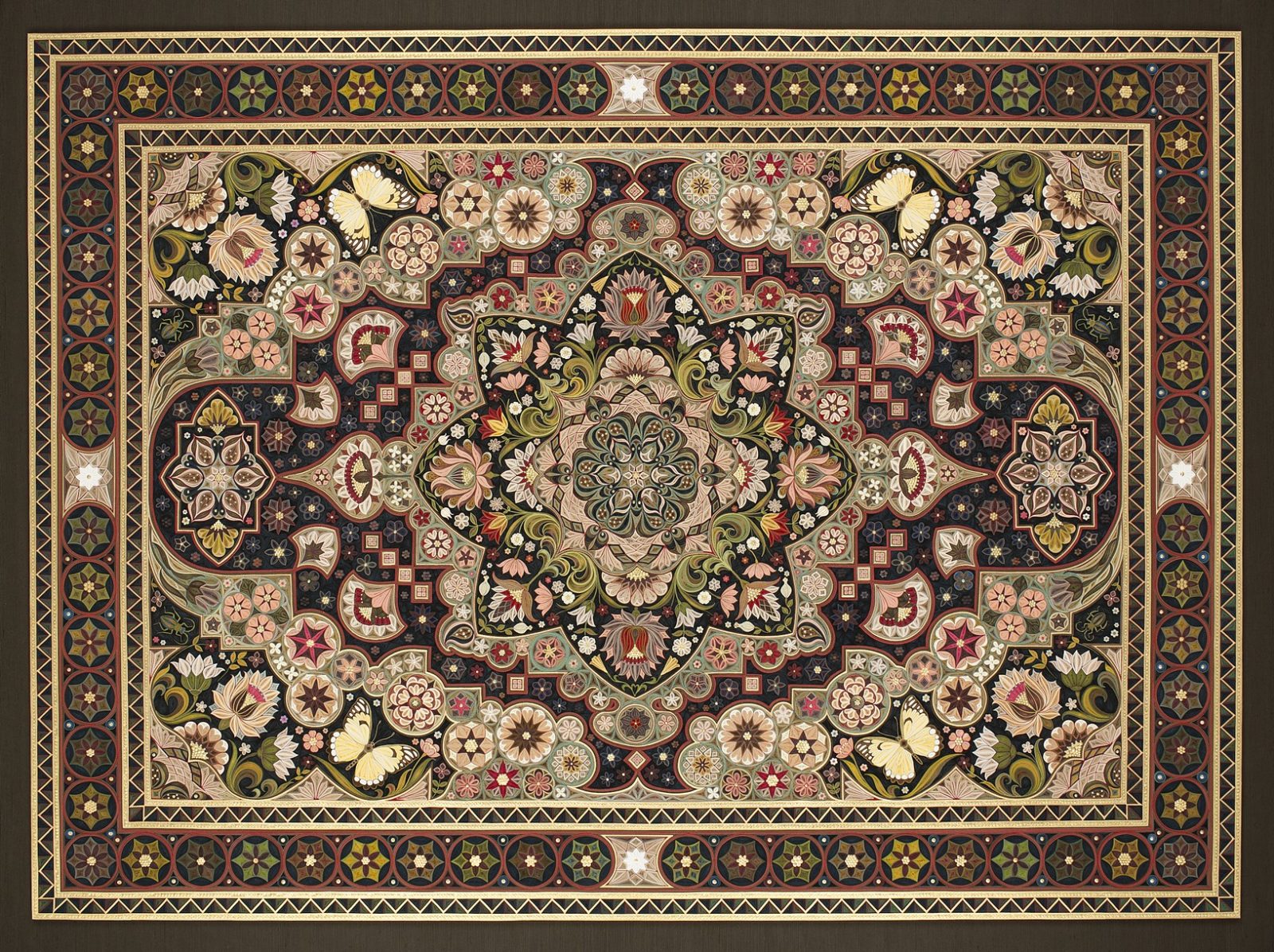 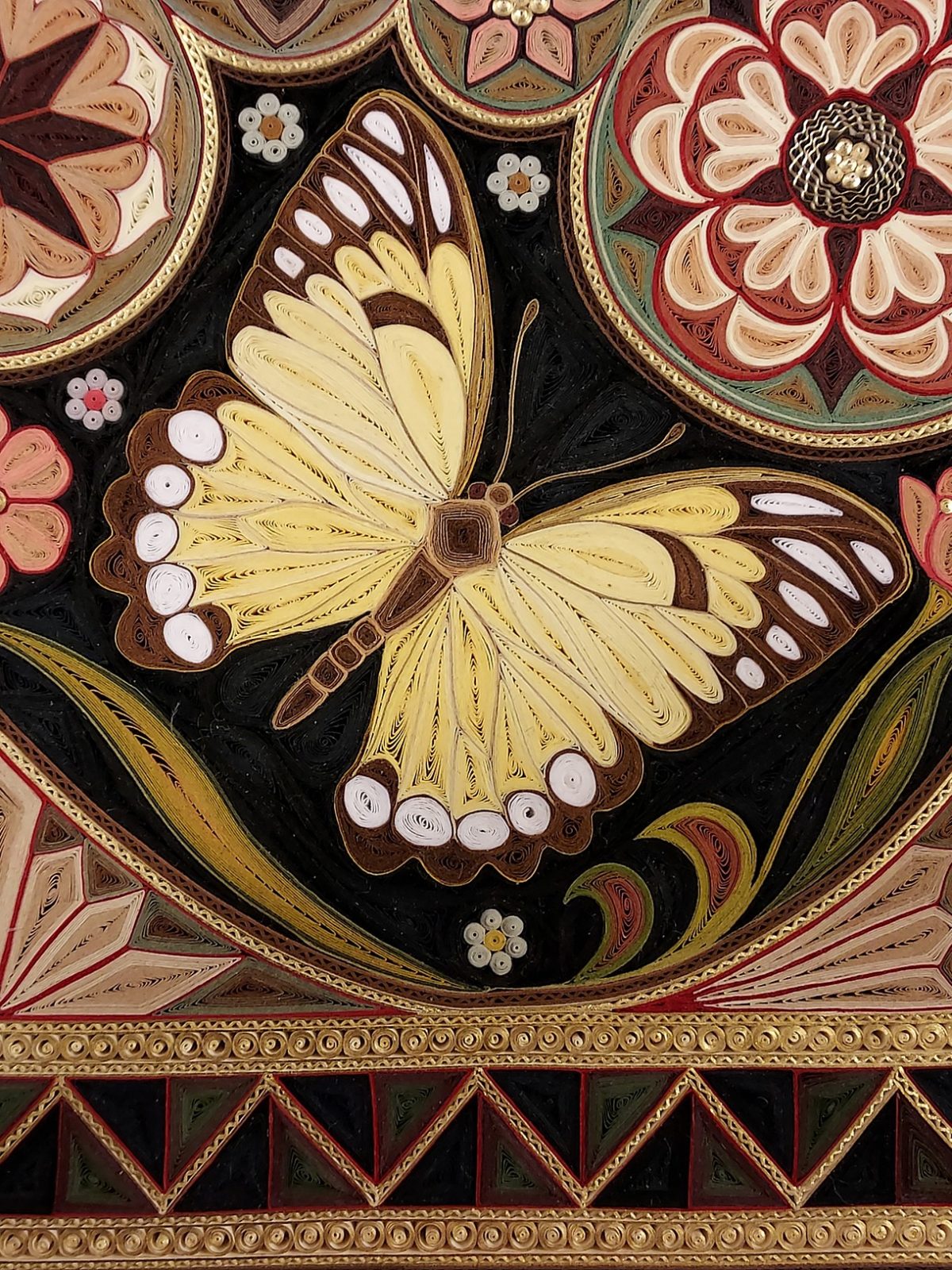 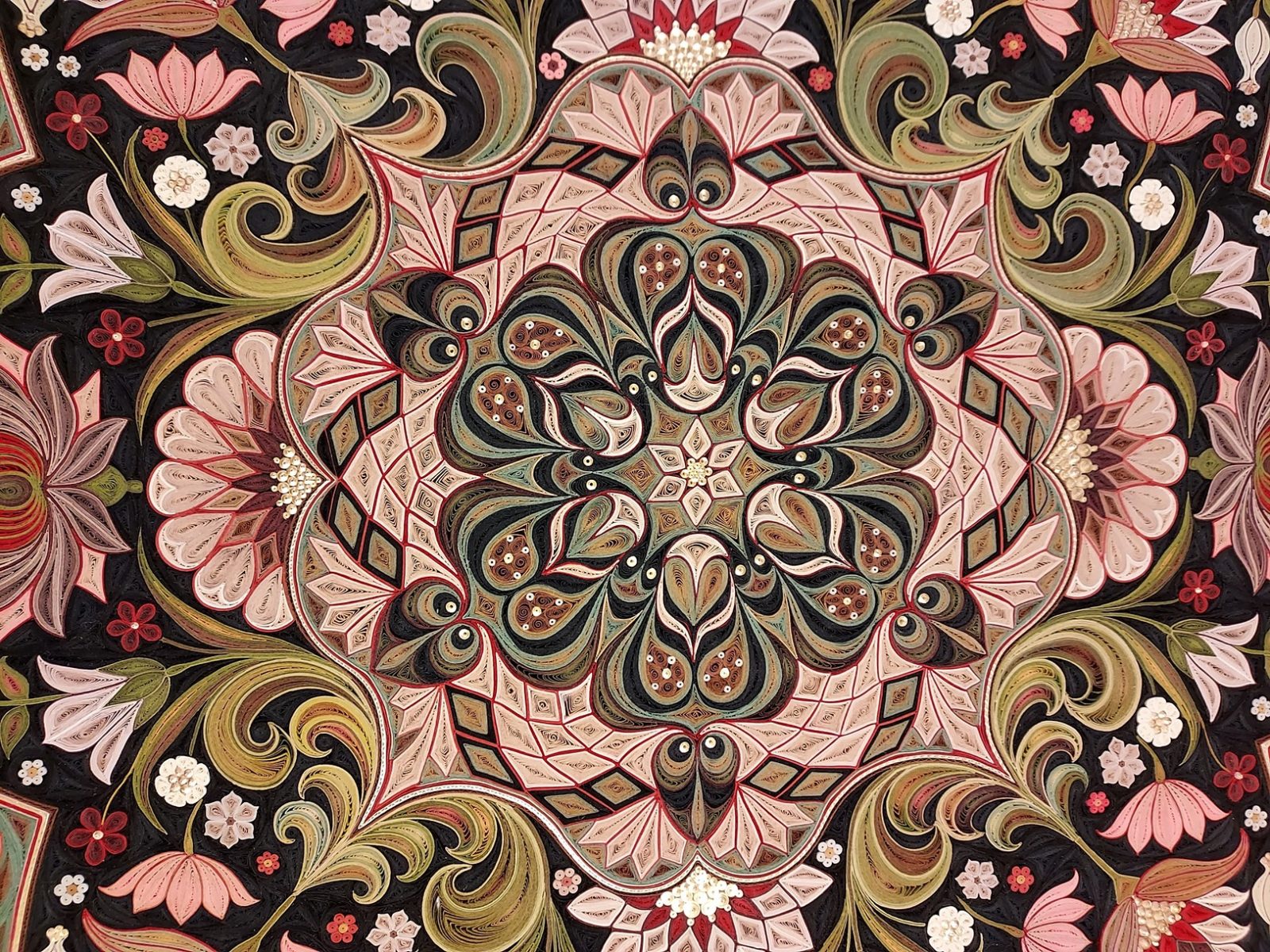 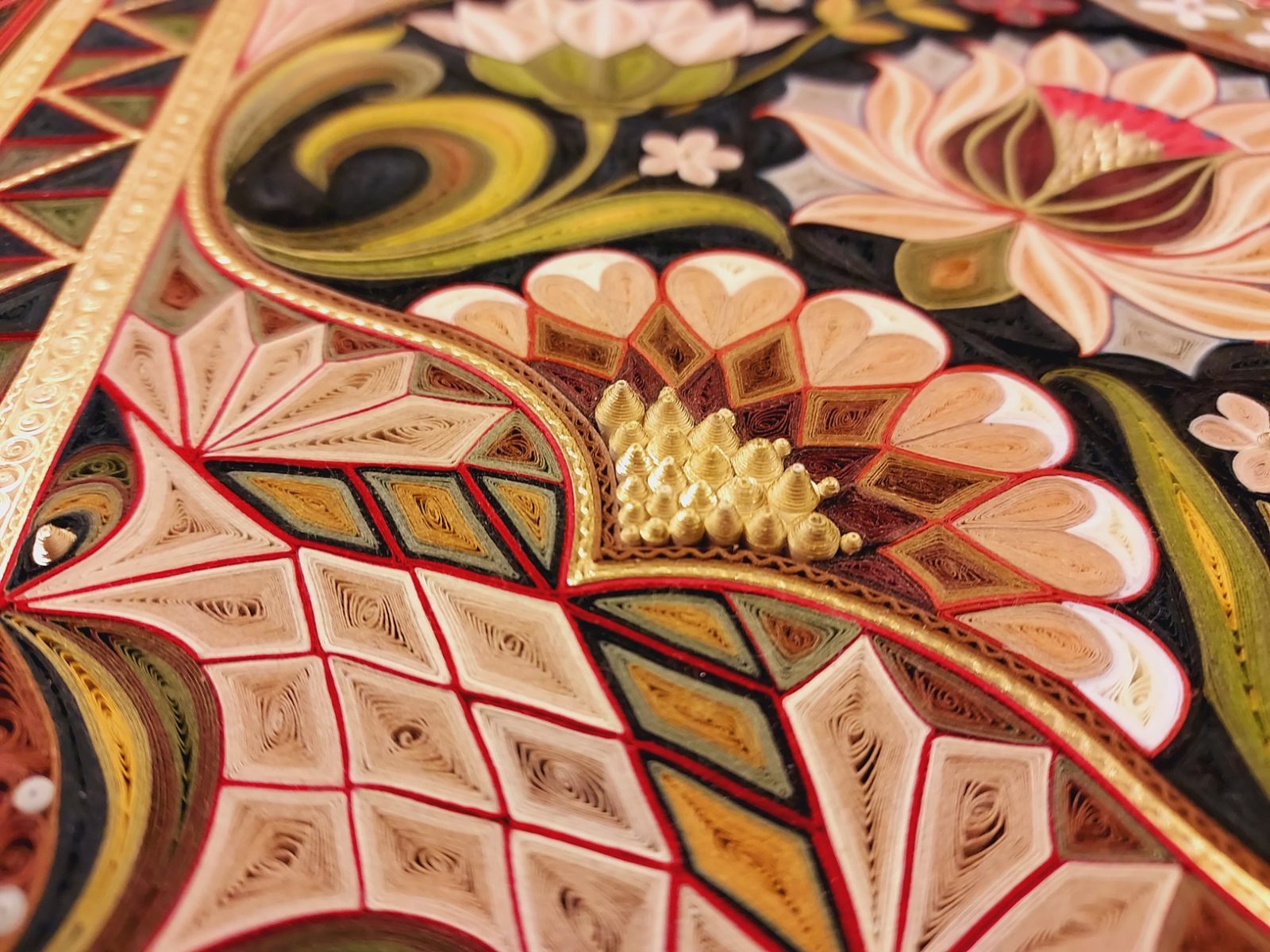 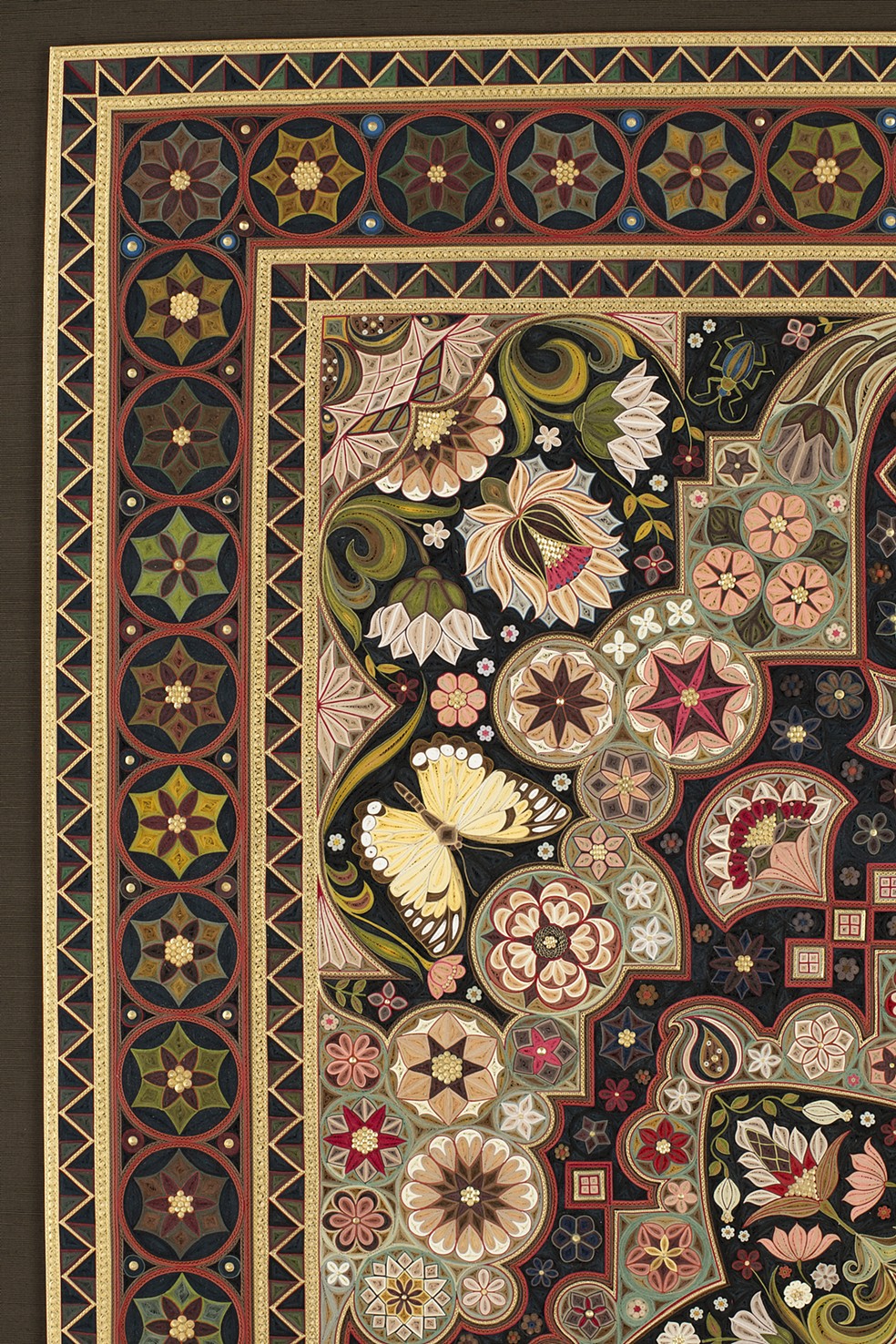 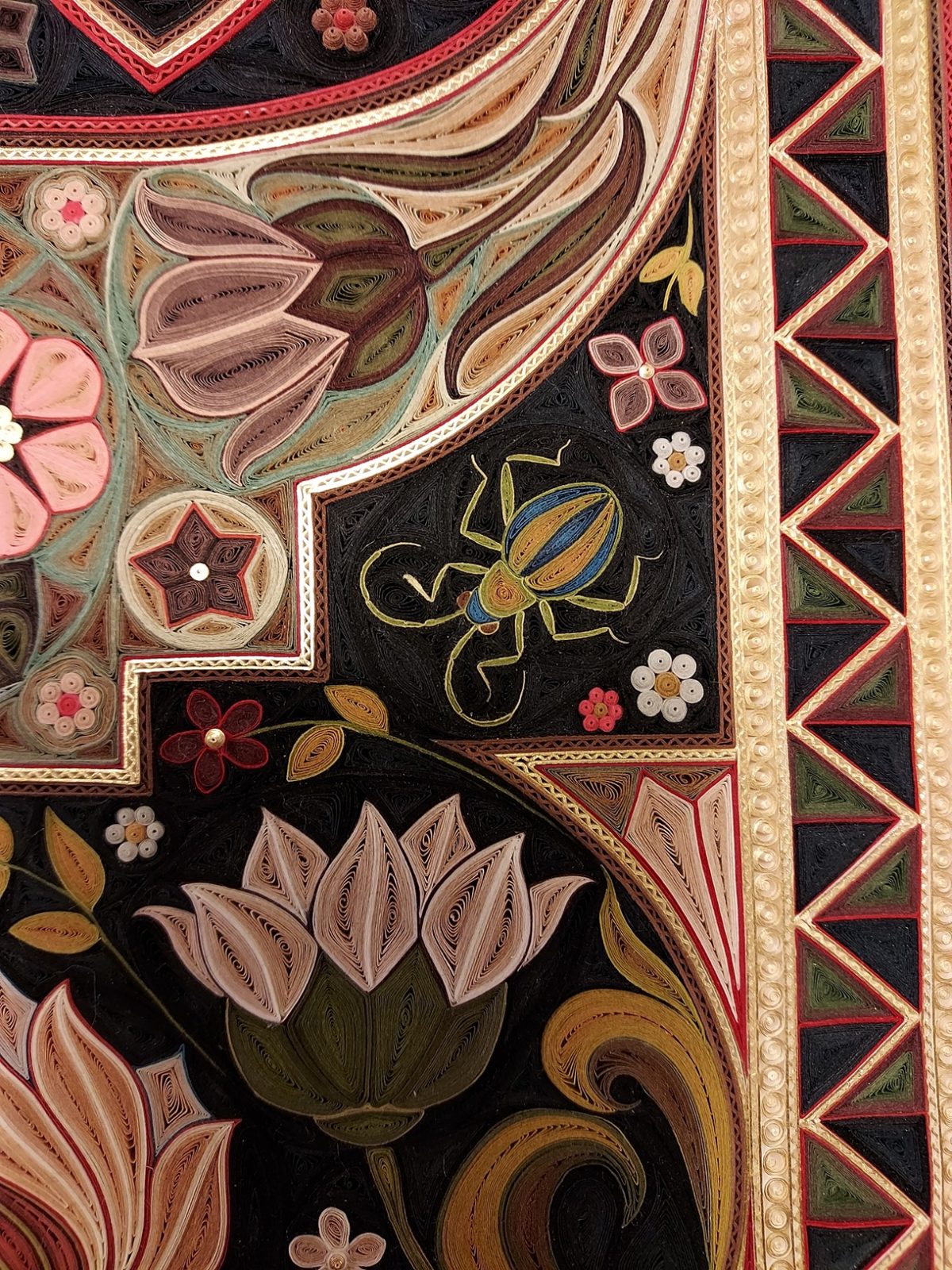 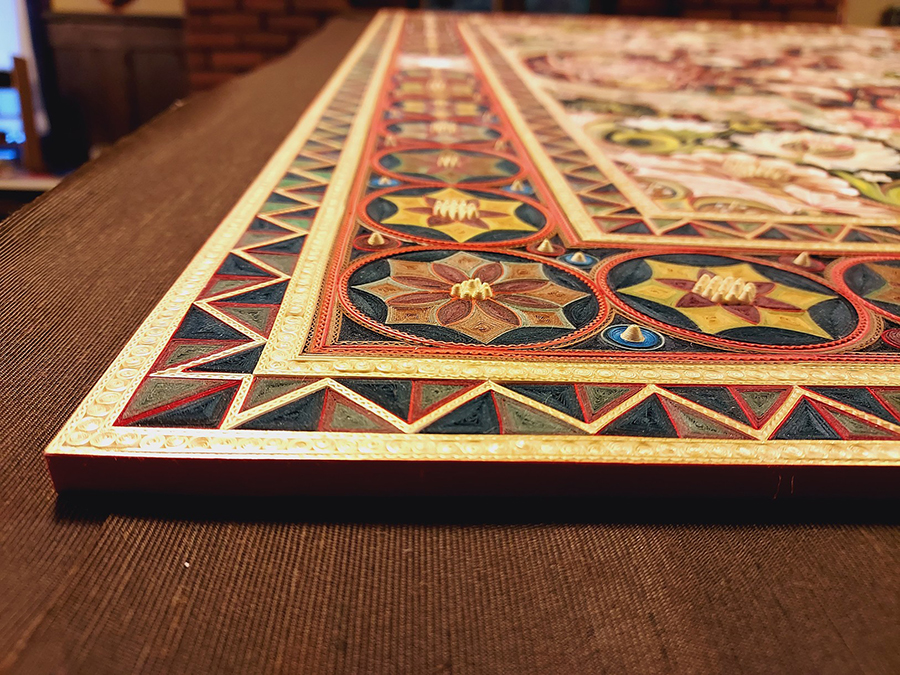