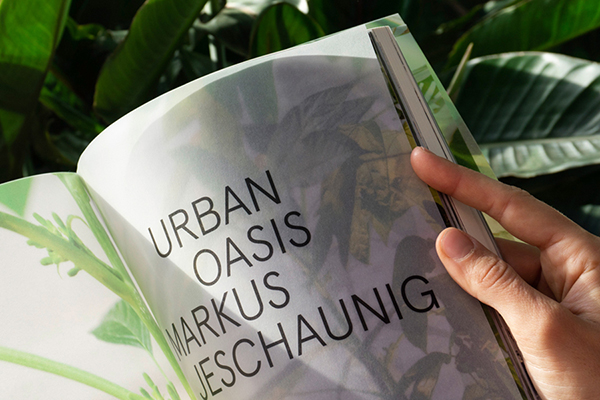 Urban Oasis Artist Book Follows the Character of the Urban No.8 Installation

Urban Oasis artist book is about the work of Austrian artist and architect Markus Jeschaunig, The publication focuses on one specific work from 2015, when Jeschaunig designed and implemented a waste heat installation called Oasis No.8 in the historical center of Graz, Austria.

Using residual heat of the refrigeration system of a bakery below, Oasis No.8 was a make-shift greenhouse bubble made of transparent foil build on a small rooftop, nestled between two buildings, enabling a tropical microclimate for growing bananas, papaya, and pineapple plants. Which, at the end of the over-a-year-long project, were harvested and tasted by the public.

LO: Most of those tomatoes come from the Netherlands.   |   MJ: Anyone who’s grown their own tomatoes knows what a difference there is. As I see it, the public is still too unaware of the amounts of energy being used for everyday things.   |   LO: Look, the irony of your project in Graz is that it is first and foremost eye-catching. All the technical and ecological (…) – Exerpt from the conversation between Laurids Ortner and markus Jeschaunig, page 68.

Created in collaboration with the Botanical Garden Graz and the Institute for Art in Public Space Styria, the project was an attempt to highlight energy saving potentials, criticize established systems and demonstrate new modes of actions. Watch an interview with the artist in a video at the end of the article.

–
Urban Oasis artist book follows the character of the installation

Urban Oasis was published and printed in 2018 in Germany by the Kerber Verlag. The visual concept for the book was to follow the character of the Oasis No.8 installation. Including covering the book with transparent paper, a feature that brought a challenge of its own in printing, but is beautiful none the less. The see-through quality of the book cleverly echoes the transparent character of the project itself, with the installation being placed on a very public location, enabling viewers to follow the process, as well as the project team collecting and providing important data to the science community of the possibilities of harvesting residual heat for food and material production, otherwise known as synergetic urbanism.

Made with thread stitching, the book features numerous large-scale photographs as well as black and white illustrations of the plants in numerous stages of their growth, as well as scientifical data, and texts from Elisabeth Fiedler, Markus Jeschaunig, Laudrids Ortner, Katrin Bucher Trantow, Marcello di Paola, Wolgabg Kessling, Tatjana Schneider, Sebastian Sautter, and Christian Stieber, in both German and English.

You can purchase the book here.

The plan to cultivate tropical plants in Graz in winter using waste heat did not promise to be easy. Winter came upon the city and the country and, obviously, upon the “Osasis no.(“ project. It was a mild winter, lenient on the small greenhouse situated between two residential blocks in the middle of Graz and, thanks to utilizing waste heat, all of the plants survived the spring without sustaining any serious harm…, page 128 of Urban Oasis.with 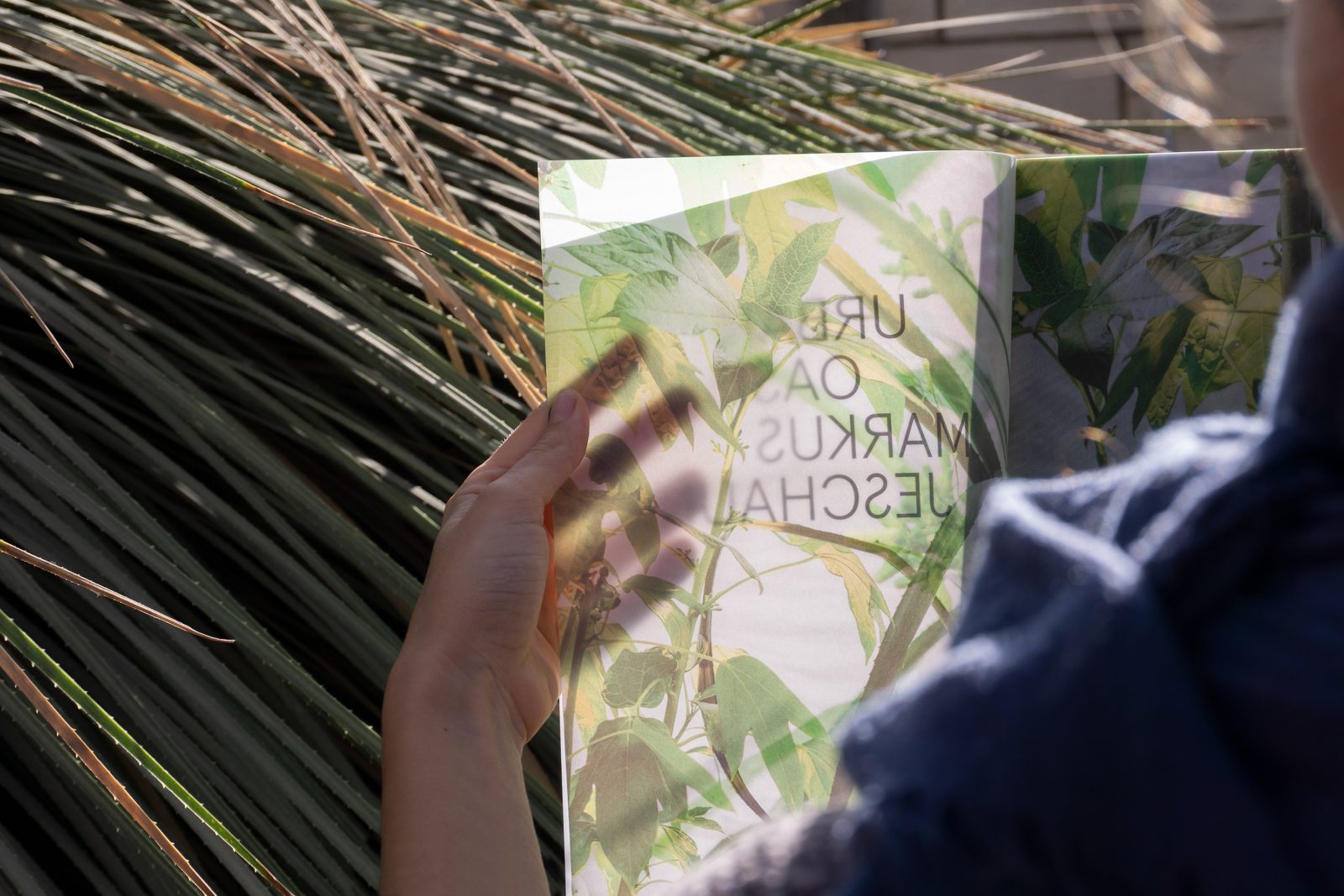 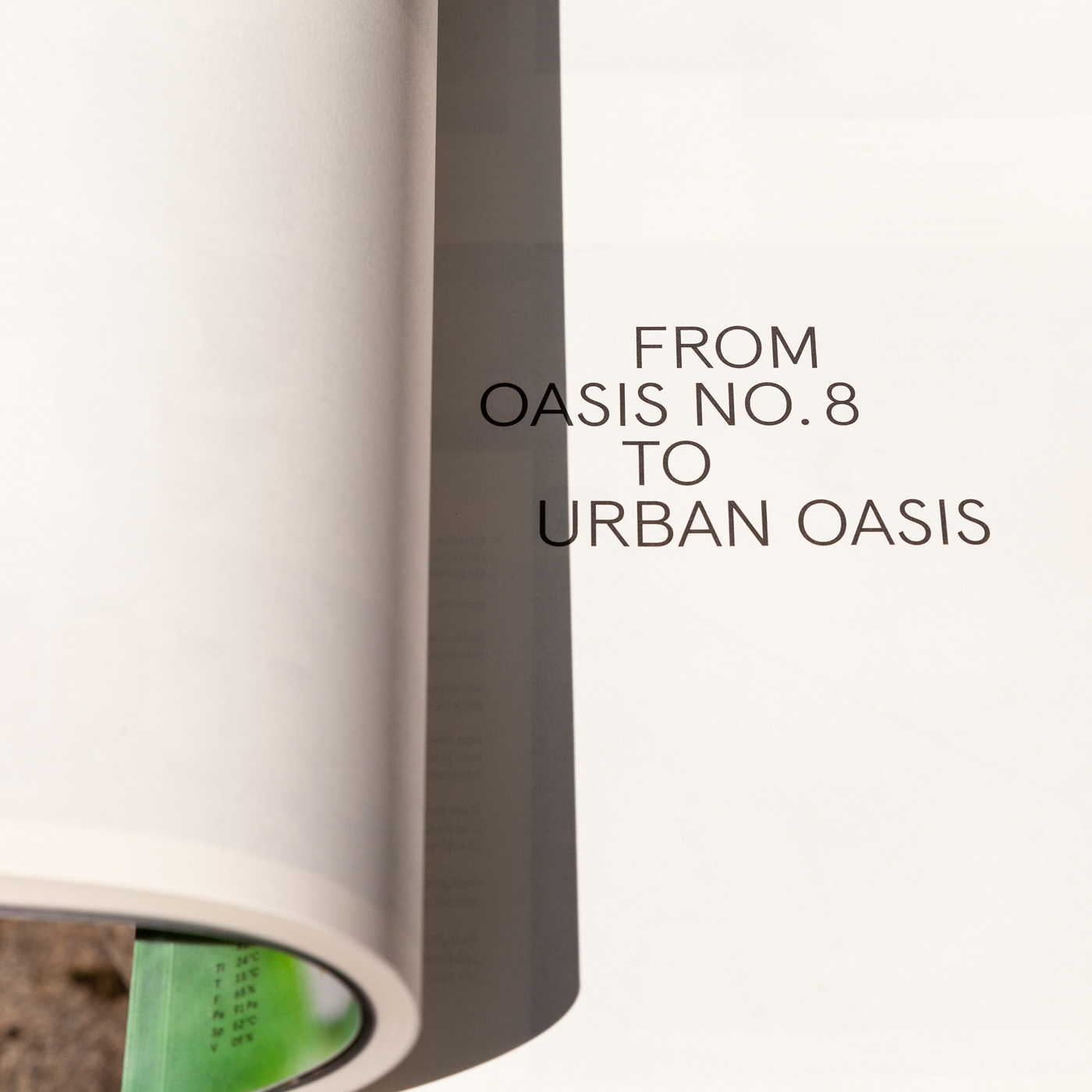 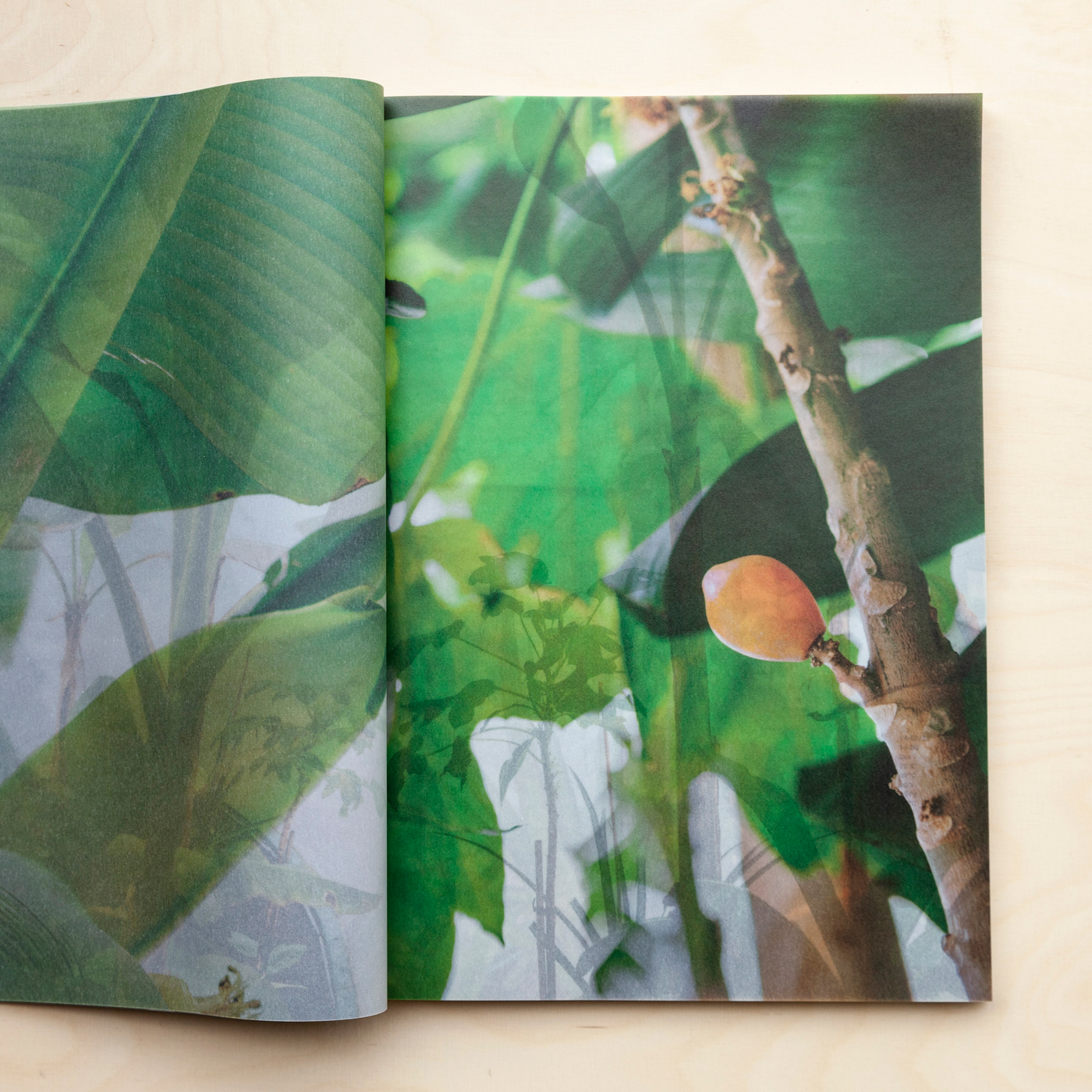 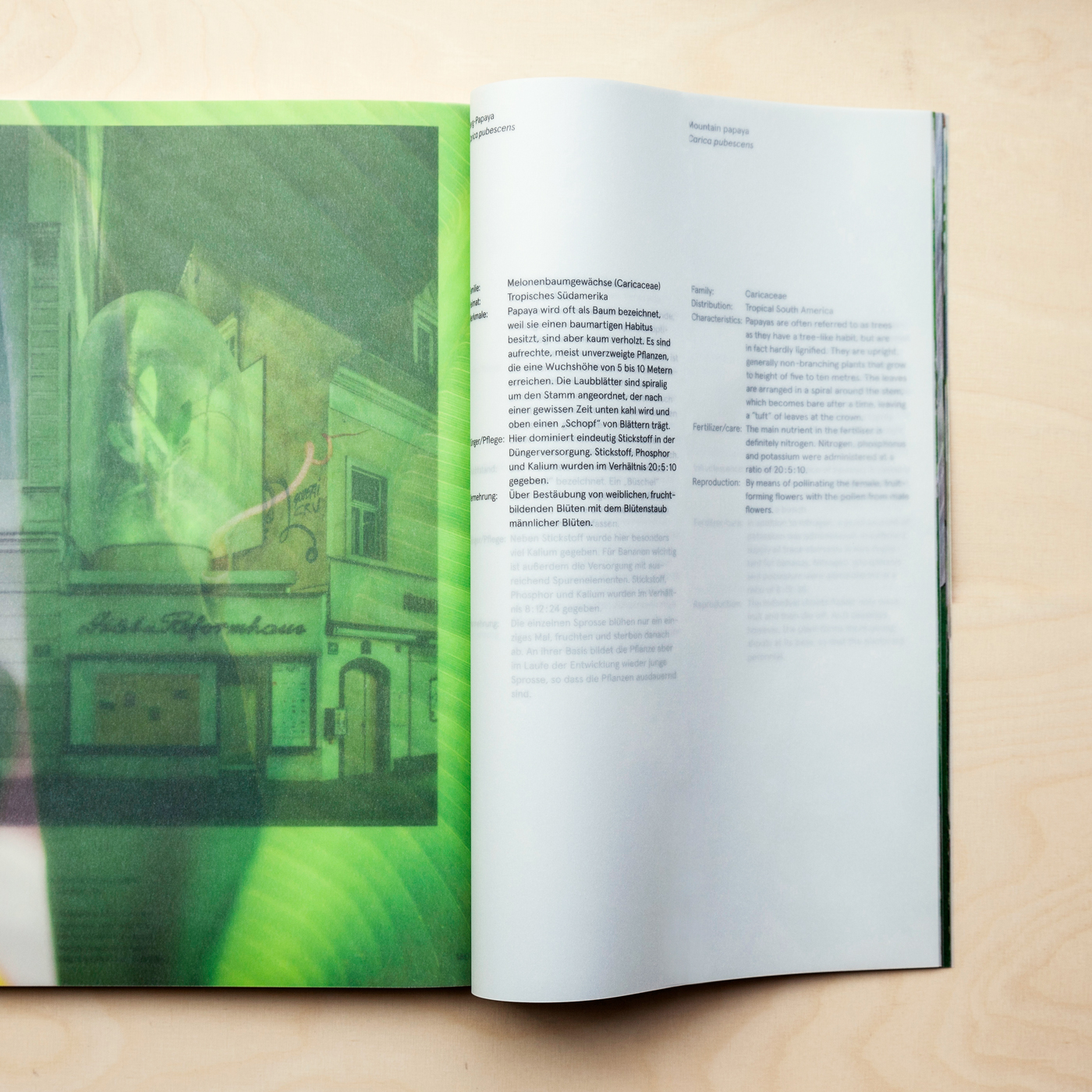 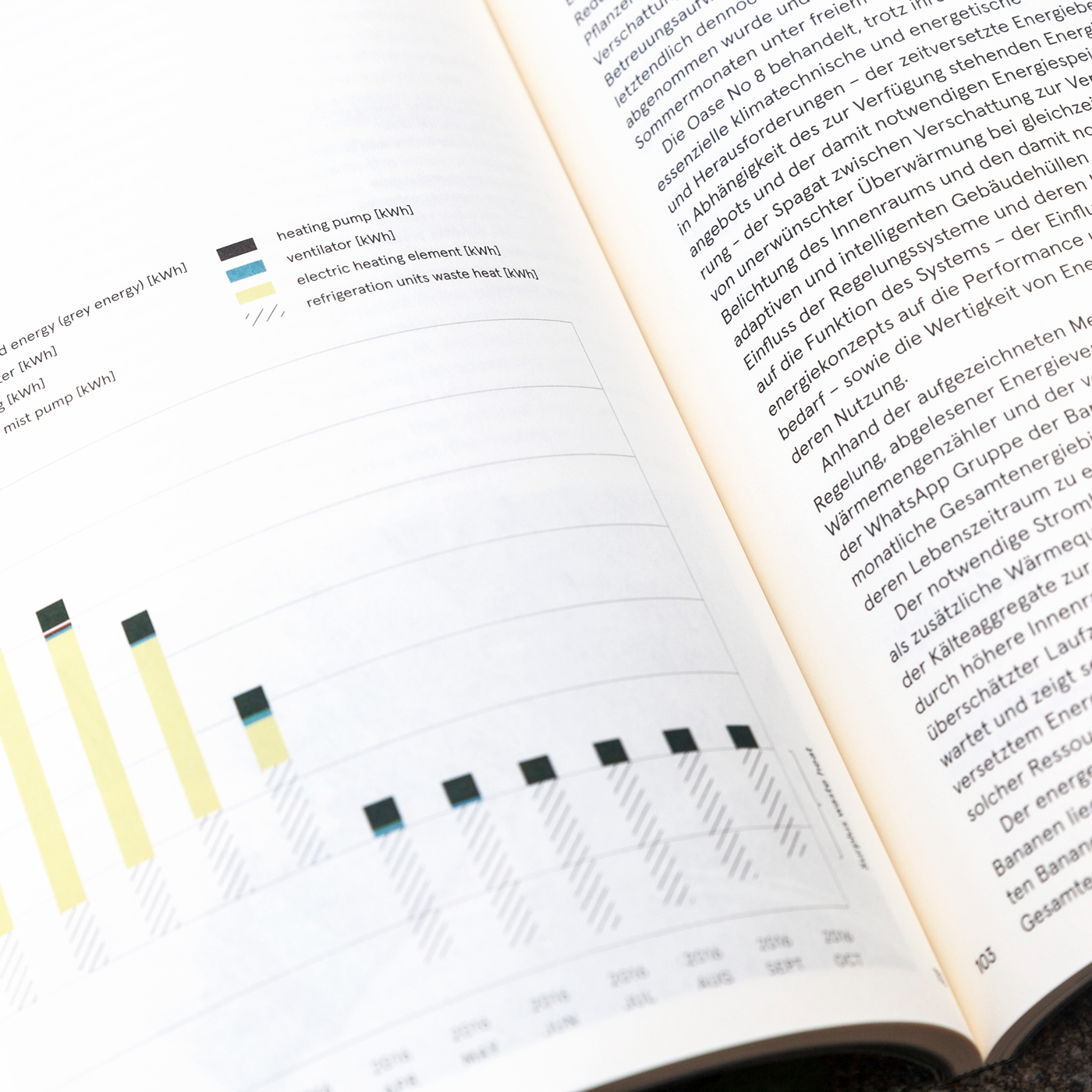 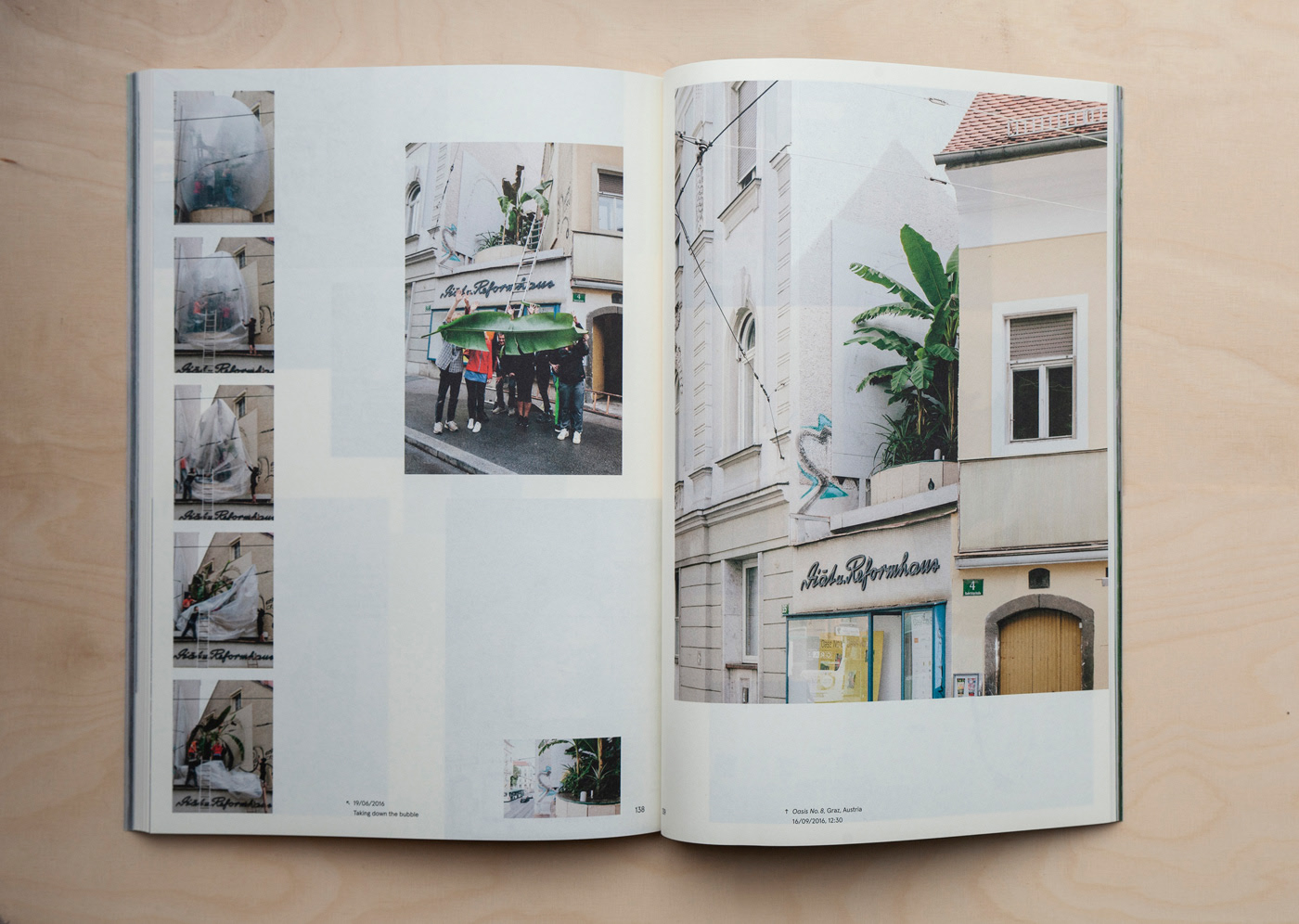 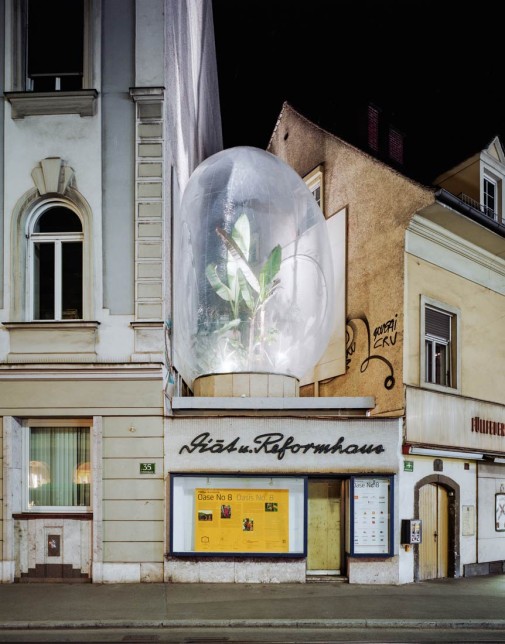 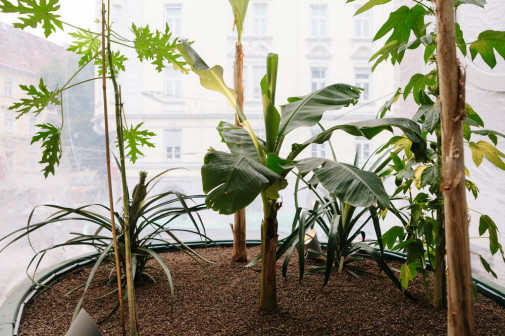 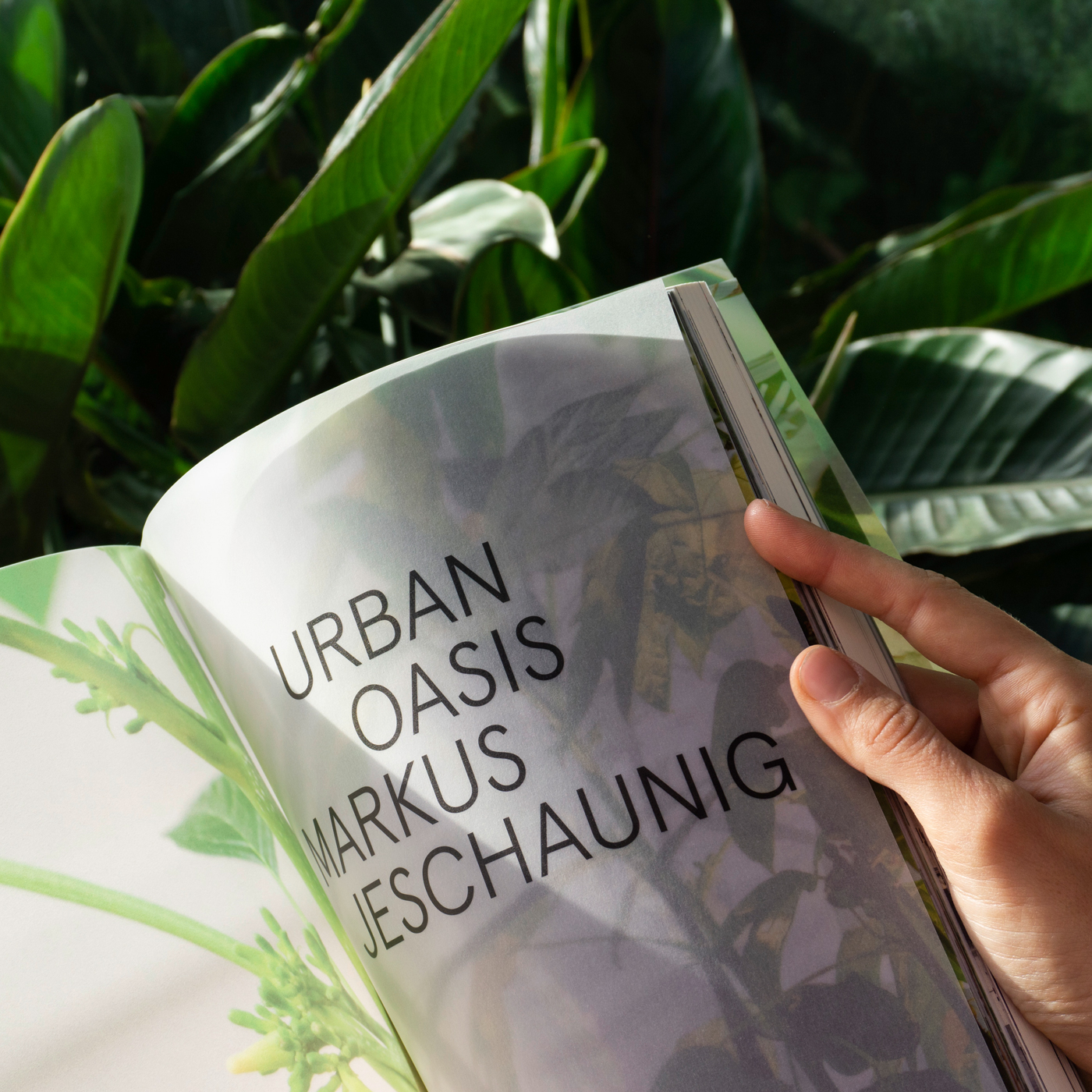 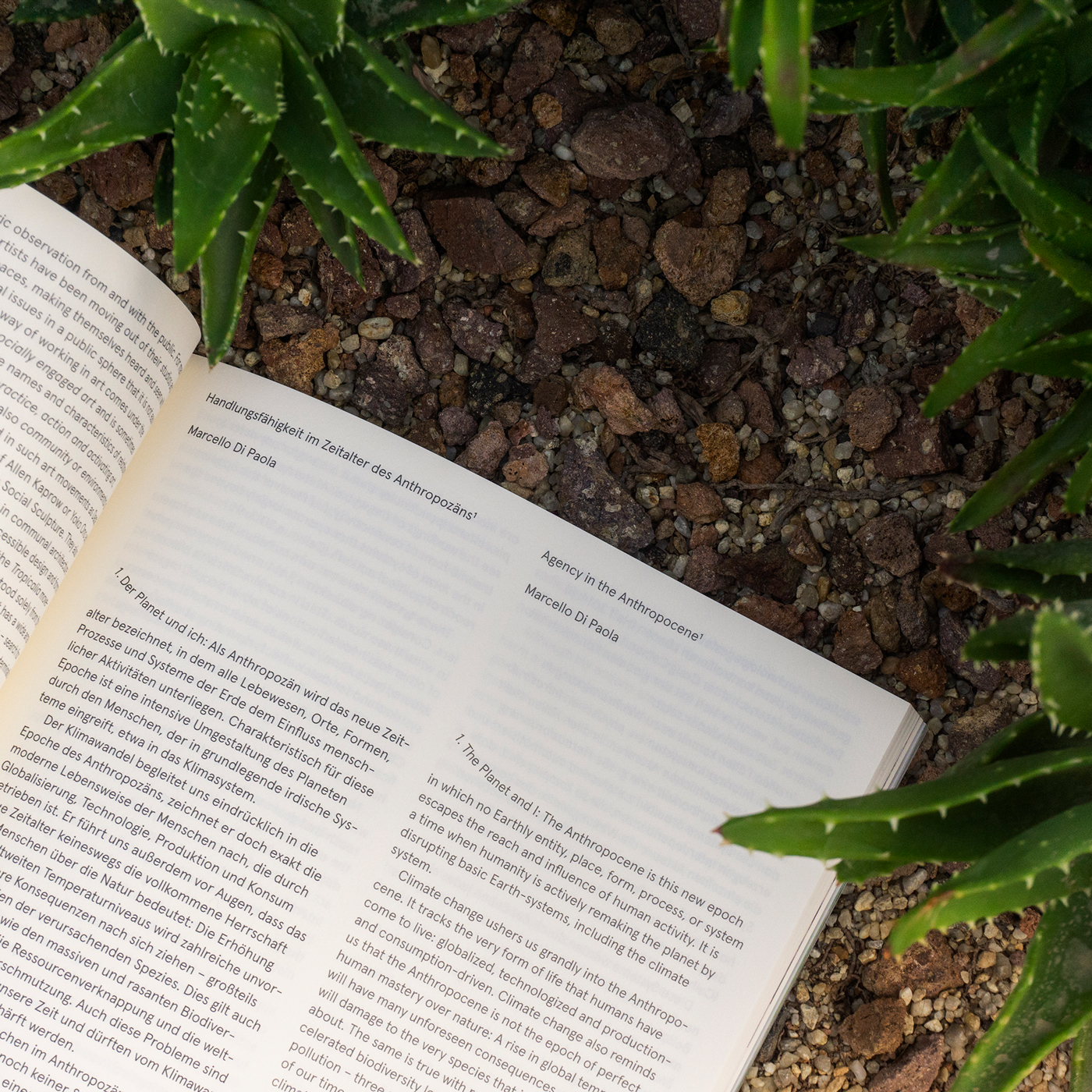