Continuing our annual Gift Guide for Design & Paper Lovers part 1,  today we’re focusing on interior and lifestyle gift ideas. We’ve listed below eighteen of our favorite posters, ornaments, cosmetics, wrapping papers, and more, perfect for anyone who appreciates a beautiful and thoughtful present. Each product has passed our rigorous curation, and high-bar when it comes to quality and design.

In between shopping, spread the cheer in your home with our Ten Stylish and Beautiful DIY Christmas Decoration Ideas for Design & Paper Lovers or be inspired by our ideas for 23 Alternative DIY Christmas Trees. 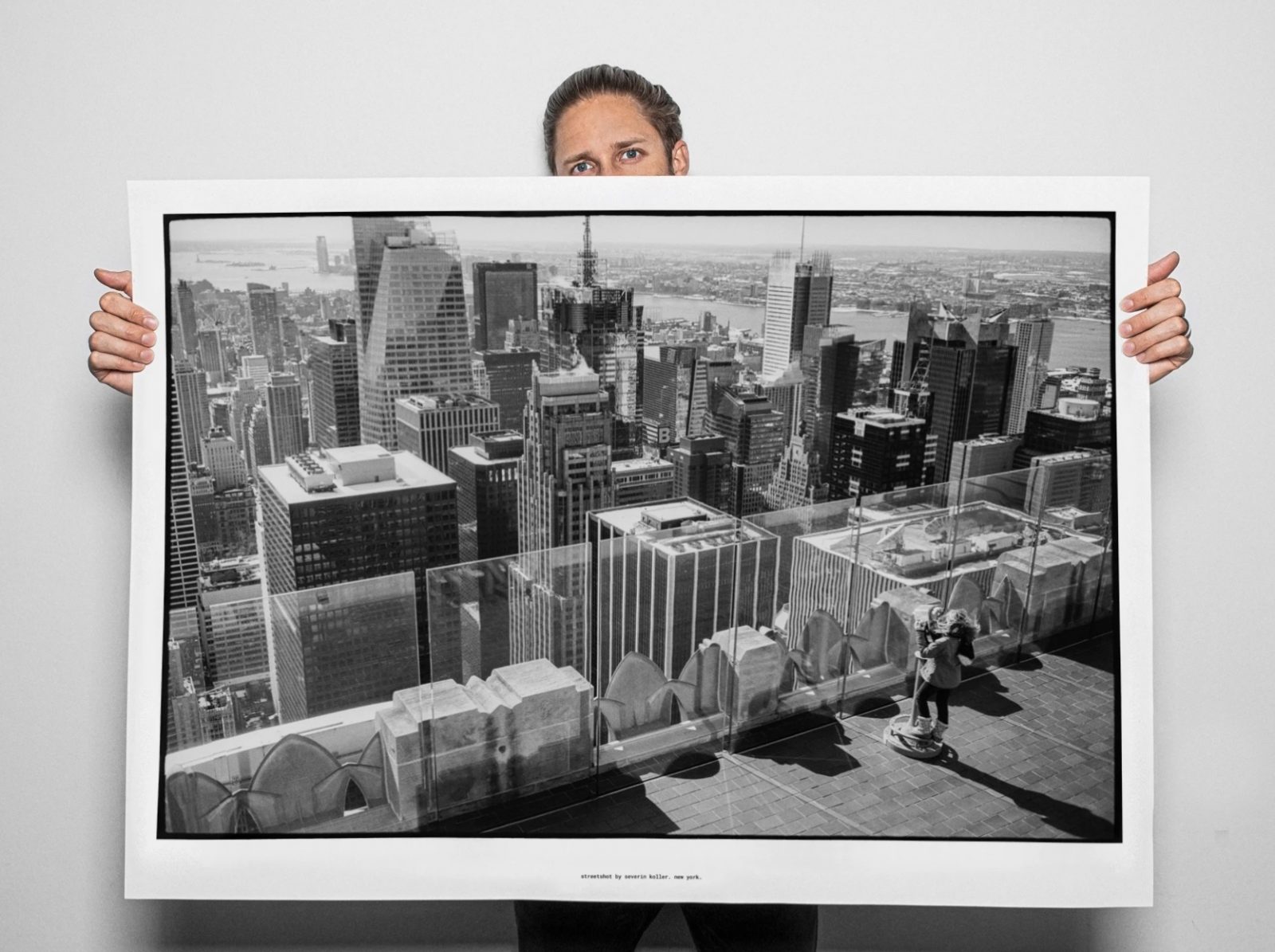 Open101 is a Creative Branding Agency in Vienna, who believes a successful brand attracts and differentiates and who emphasizes being open, free, and have a non-binary way of thinking. They have recently launched a webshop, with unique, oversized prints (100X70 cm) of various worldwide metropoles, to which you receive an annual planner with each placed order. 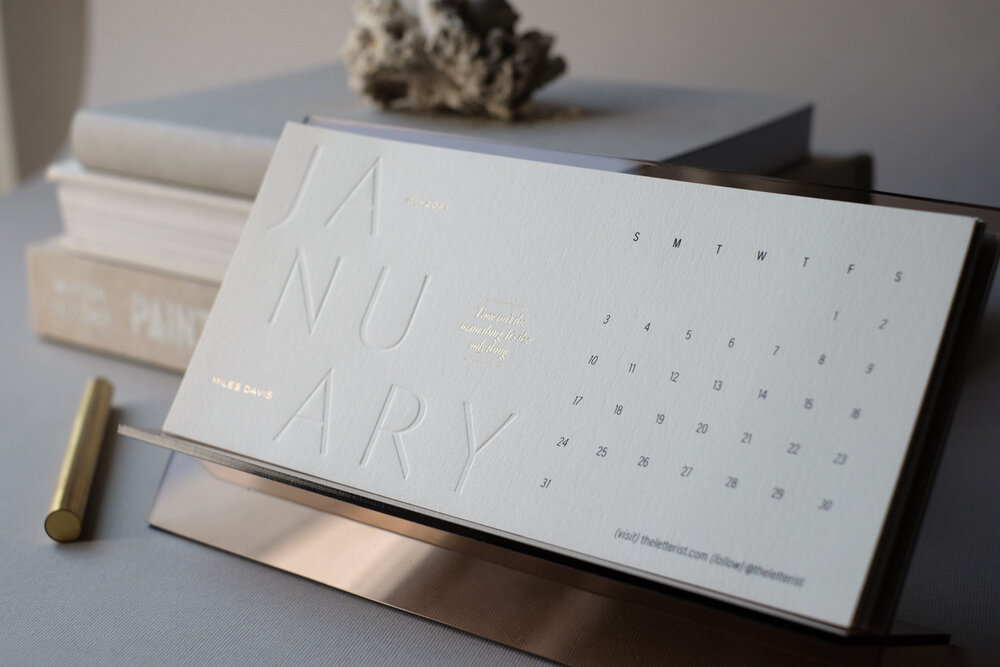 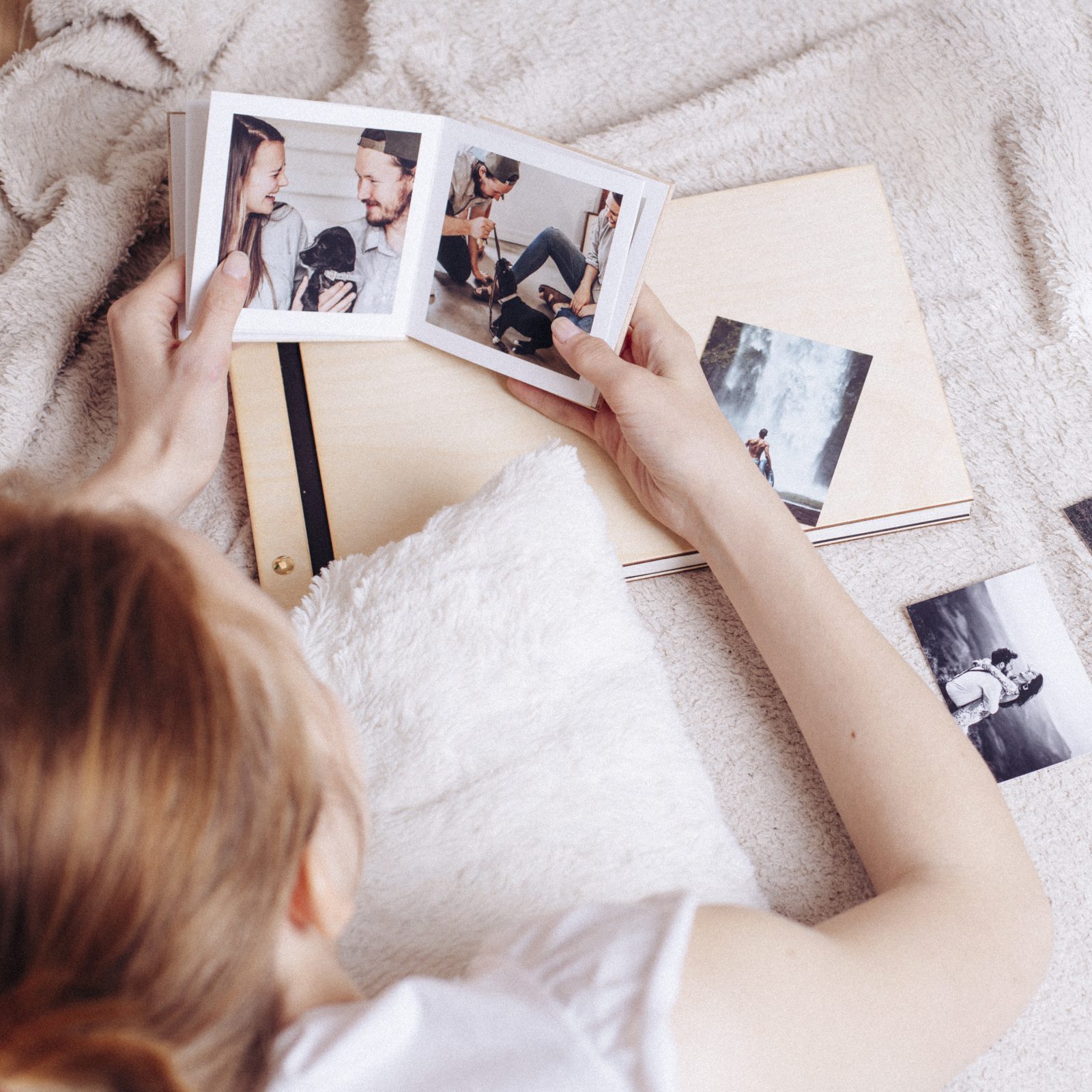 Keep your memories in a stylish wooden photo album

️ A handmade photo album with wooden boards will give your photos a beautiful home. You can choose between different album thicknesses of 20 – 50 sheets in two color shades – black and white, with or without interleaf sheets that protect photos. A shorter, cuter version is the wooden folder, which contains 8 photos, and the works as a great mini-exhibition of photos wherever you put it.

Anikó Róth is a painter and illustrator from Hungary. More than 10 years ago she founded her brand i.e. DesignByRothAniko, with the intention of cheering up the boring days of week with her colourful designs on useful everyday things. Anikó believes that beautiful things bring more fun into our life, and therefore designed her collection decorated with her originally paper based paintings. 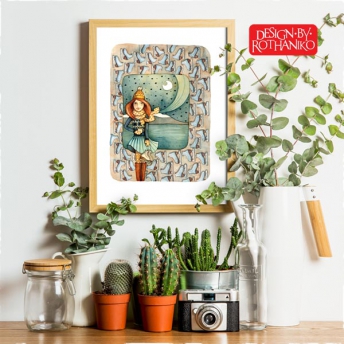 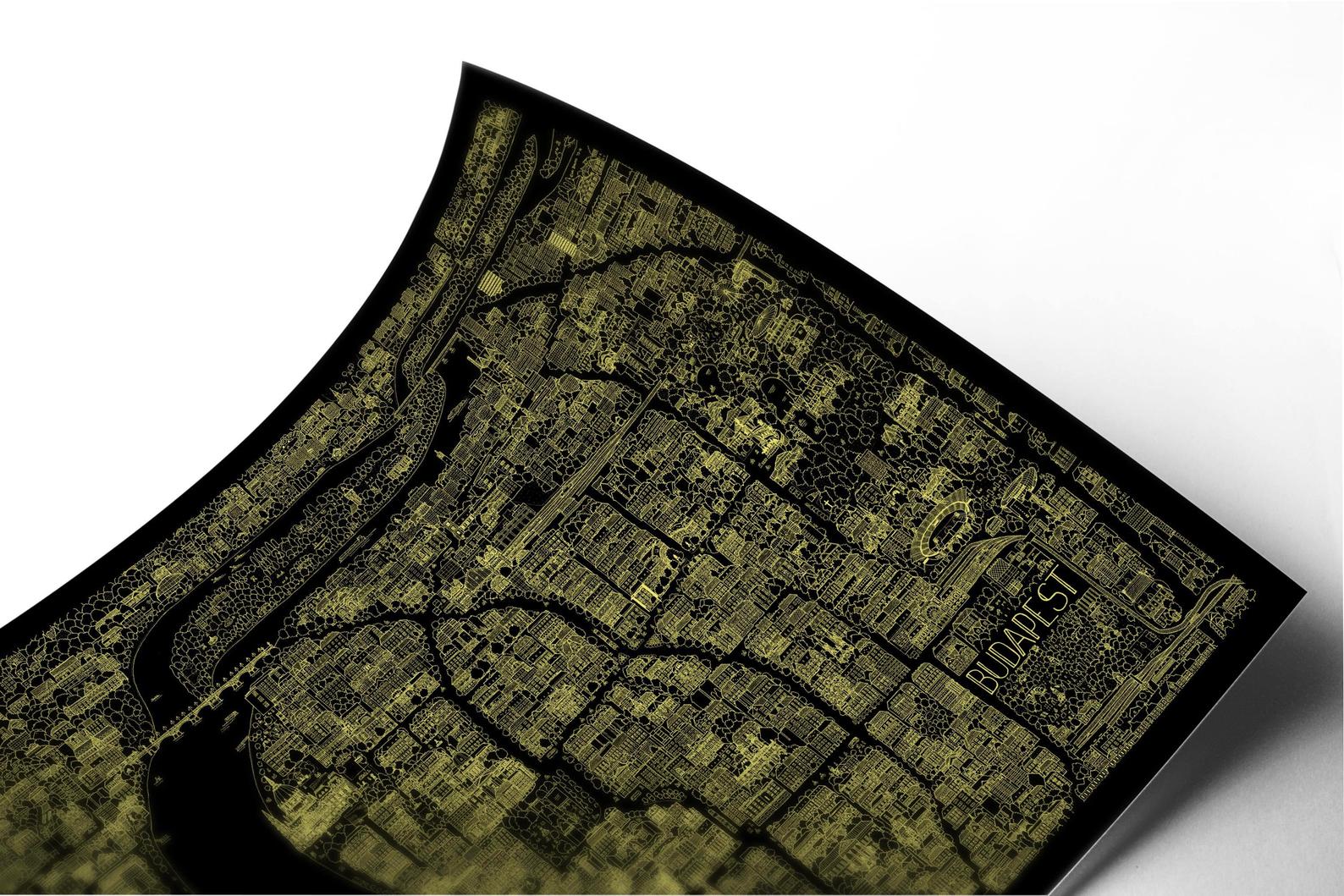 Urban design with a particular aspect – this is the motto of Urban Sidewalker, a design team that grew up in Budapest. The city influenced them in so many ways that is why they love urban life so much. Every city is different and each has thousands of faces. We would like to reflect on this variegation of the cities we know and love with our graphics and design products.

Decoration of beautiful events, business, and living space, Magic & Love office creates one-of-a-kind paper ornaments, which will bring POP into your life! The Olaf figure is available as one of the Christmas decorations, as well as Snowy which looks phenomenal next to the tree. Or you can decorate your home with a stunning parrot, for a touch of exotic.

Available to buy via DM message. 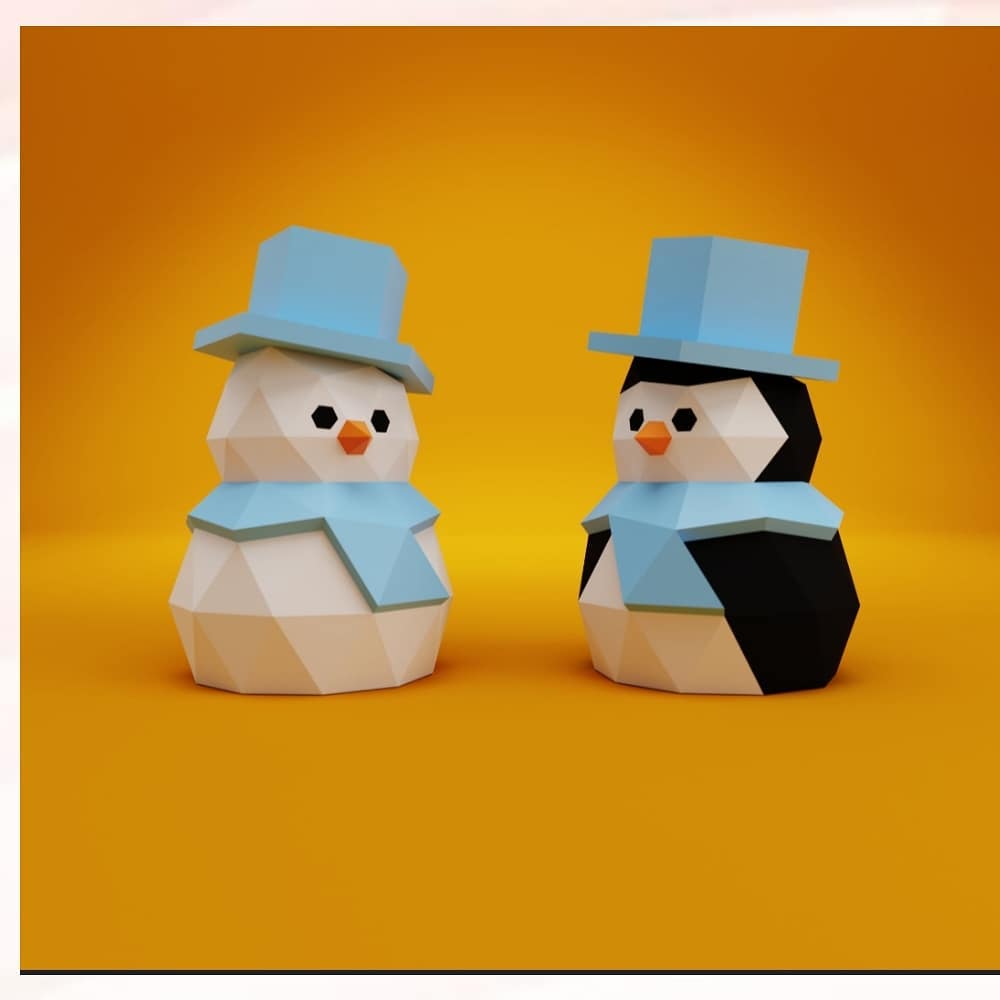 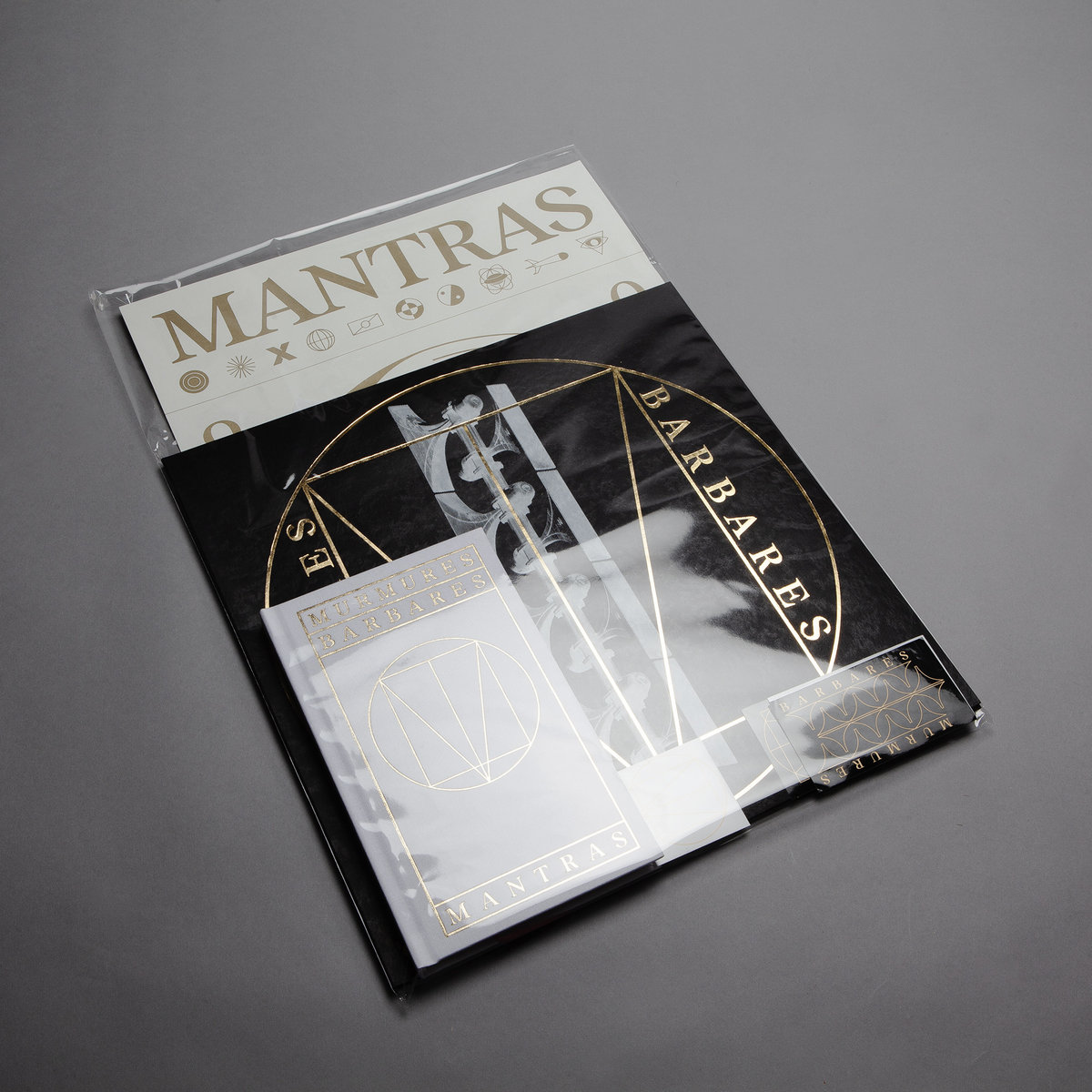 Murmures Barbares group has established itself as a benchmark in Swiss rap thanks to its unique musical and visual identity, the relevance of its poetry, and the intensity of his live performances. For the development of graphic supports Théophile Glauser (Atelier U-Zehn), a graphic designer from Neuchâtel, collaborated with Idal, rapper from the Band Murmures Barbares.

The resulting occult rap pack consists of a book designed in an ambiguous resemblance to a Bible, a vinyl in its stone case and a poster. The 300-copy edition includes the lyrics of each song in a prayer book (Mantras), the layout of which is intended to be both classic and current. The whole book was thought like a track of a new contemporary religion, mixing the codes of both modern and ancient beliefs and aesthetics.

The Home Milk Bag kit makes it easy to prepare all kinds of vegetable milk at home from nuts, soy, etc. It replaces gauze and is reusable. The kit includes the Milk Bag as well as various instructions for basic plant-based milk recipes. The project by HMB Russia ensures that we all can have the perfect cappuccino with our-chosen milk every morning!

Available to buy through Instagram here or on Whatsapp here. 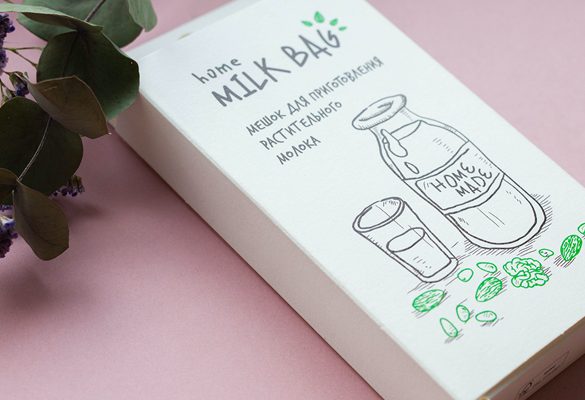 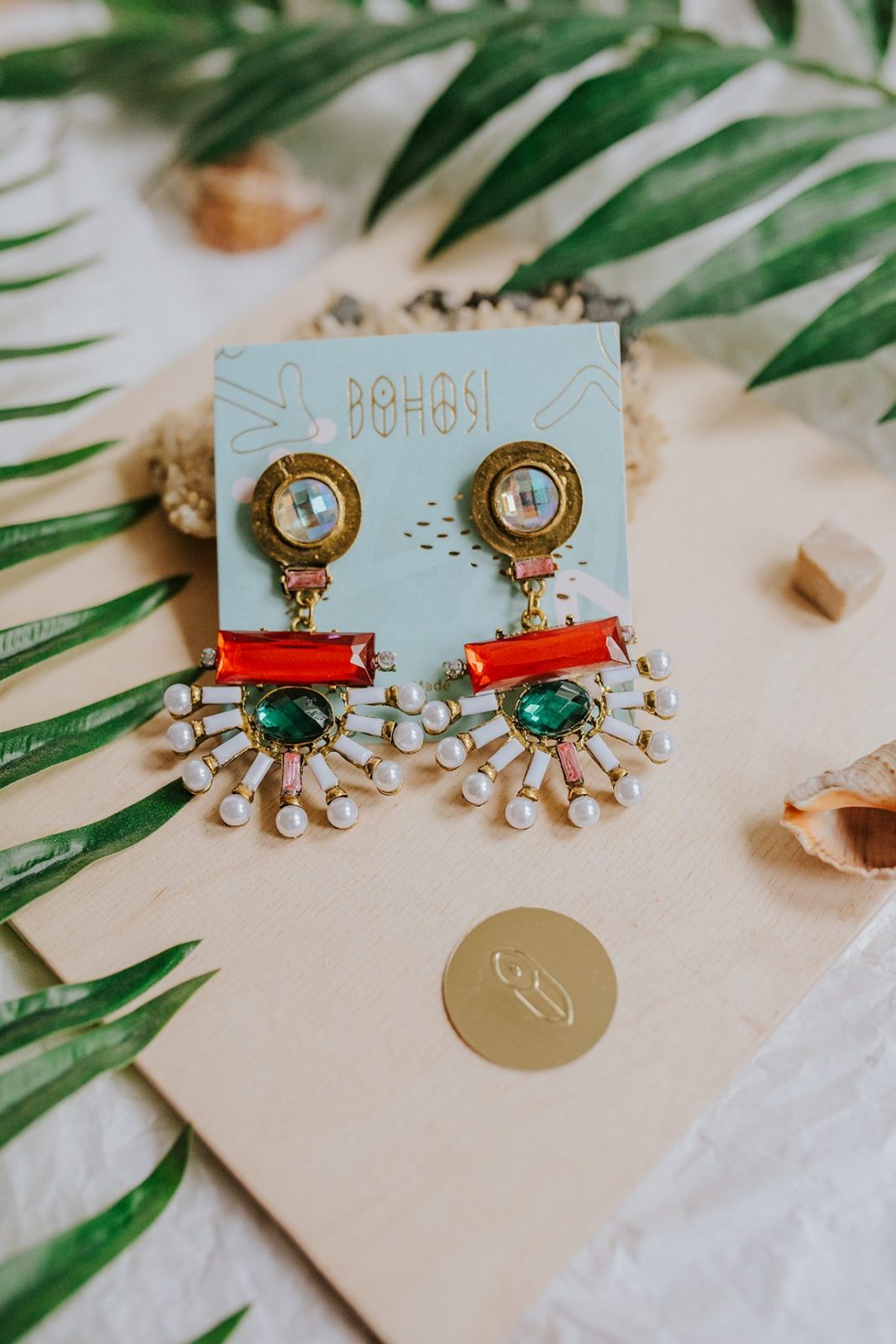 Bohosi is nothing less than a dream come true for its designer and owner Silvena Dimova. Each of the products is finished by hand and made of natural fabrics – such as organic 100% cotton, 100% linen, 100% pure silk, and viscose.

Living boho means being open-minded and free to express your thoughts staying true to yourself no matter what the world around us is telling you. BohoSi does not treat the clothes as part of a fashion mainstream but value them as those pieces of art that enable you to show your creativity and sharpness without fear or prejudice. This is the beauty of the boho way of thinking – there are no rules, time or limitations; we are all children of the Moon and everything is now and today!

In the Grower product line, you will find products for care and relaxation. Find time for “YOURSELF”, turn off the continuous flow of information, give up the hustle and bustle. The bath is a great place to start. Grower Cosmetics promises to restore vitality and give energy for daily exploits! 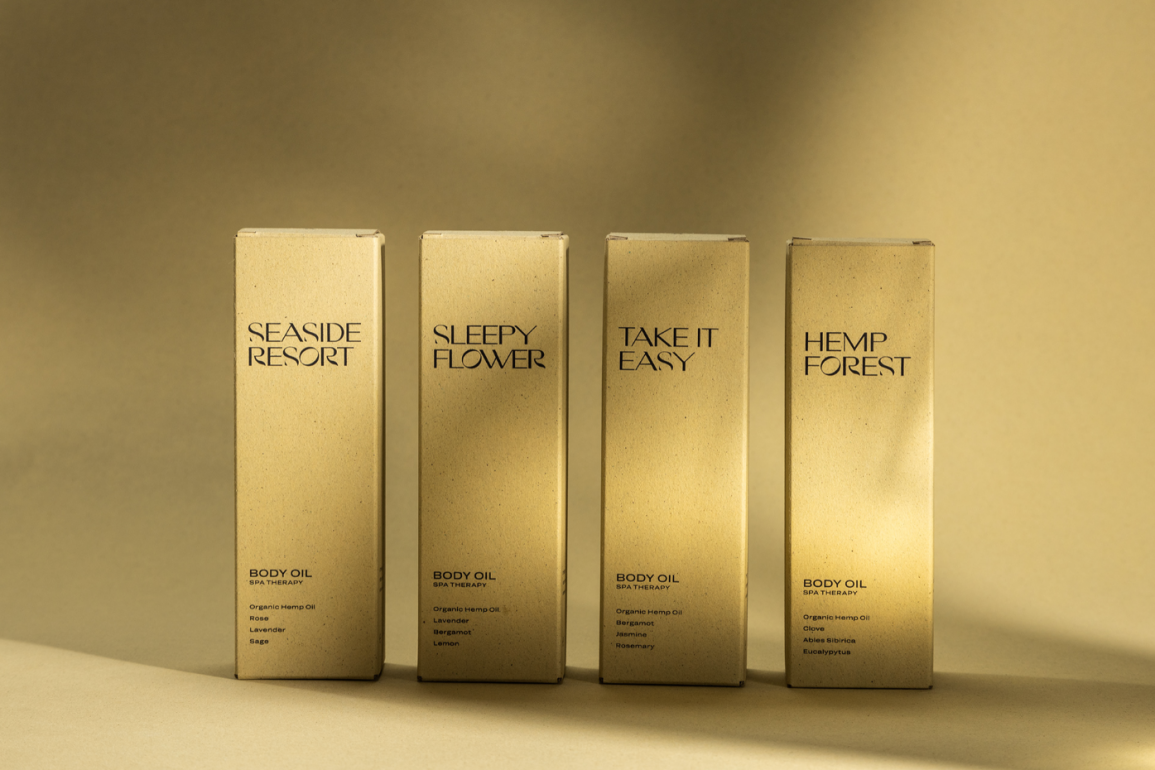 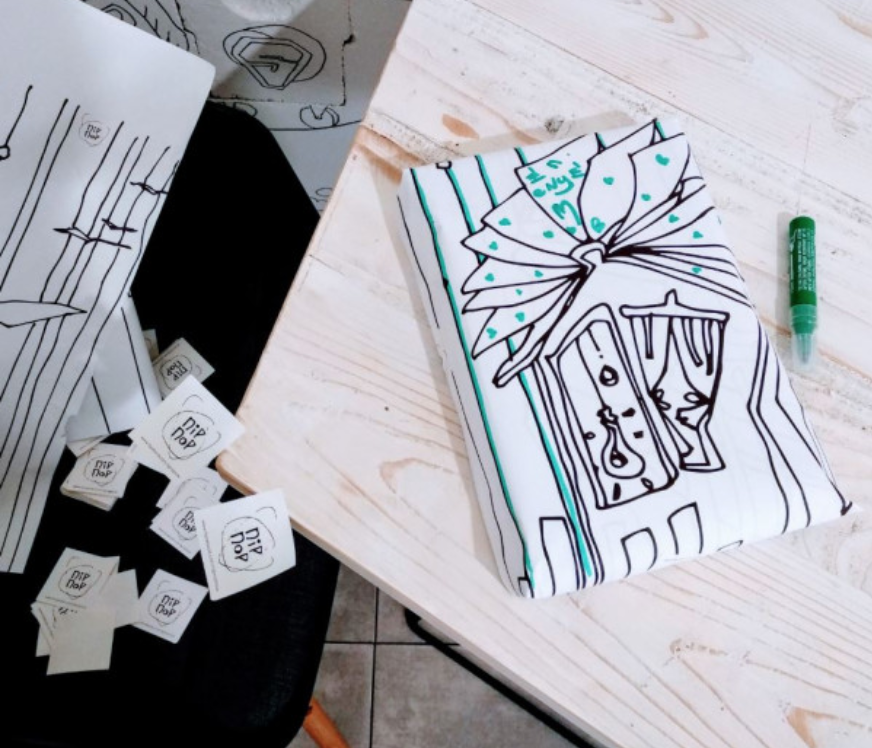 Get creative with your wrapping paper! NIP NOP // Colorable Wrapping Paper from Papetri includes 4 pieces of 100×70 cm rolled wrapping paper with graphics by Eszter Szabó, which you or your little ones can have fun with and color in your own personal way, before wrapping the Christmas gifts. Paperworks is a small experienced company founded in 2012, a manufactory in the true classical sense, which designs, illustrates, and manufactures paper products.

With almost a decade of marketing experience behind him, Gábor Mészáros made a bold decision: Instead of remaining the tiny cog of a multinational company, he preferred to realize his childhood dream and devoted all of his time to chocolate, his greatest passion. The special chocolate packaging by designer Gyula Ebedli reflects the idea of perfect taste harmony and has won multiple awards, the brand’s website or the new exclusive showroom from chocoMe all bear the signature of both creators. Their unique chocolates conquered more and more European markets and also numerous countries outside Europe.

Available to buy here (international) and here (for Austria). 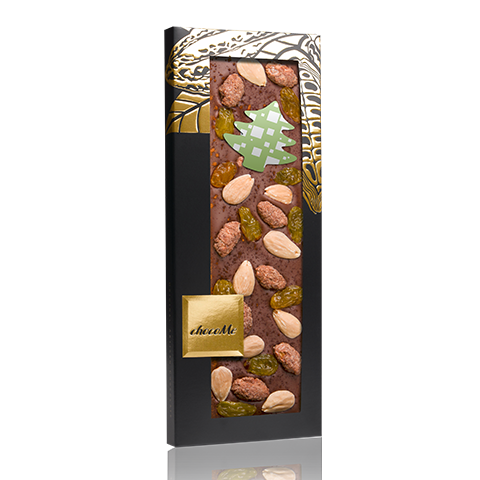 Eugen Chocolate introduces you to the most elegant and tempting collections of chocolates that suit the tastes of each and every one of us through a variety of flavors. The company for the production of the most delicate chocolate, Eugen Chocolate, was founded in Novi Sad in 2007, to bring new exclusive products with high quality to the market for the ever-increasing demands of contemporary society. The production is based on scientific knowledge and experience, taking into account traditional skills, resulting in high-quality and safe products with recognizable design and visual quality.

A specialty Coffee Roaster with two shops in Vienna, Jonas Reindl Coffee Roasters also share their passion for coffee by making it available online. The whole city is a bean! By Viennese, for Viennese, but not classic Viennese – they strive to create a unique coffee experience by offering distinct flavors and aromas and by providing transparency from bean to cup. The origin of their coffee beans is so diverse and exotic, stretching from farmers in Nicaragua, Rwanda, Kenya, Ethiopia, Guatemala, Honduras, or Peru – to name a few. 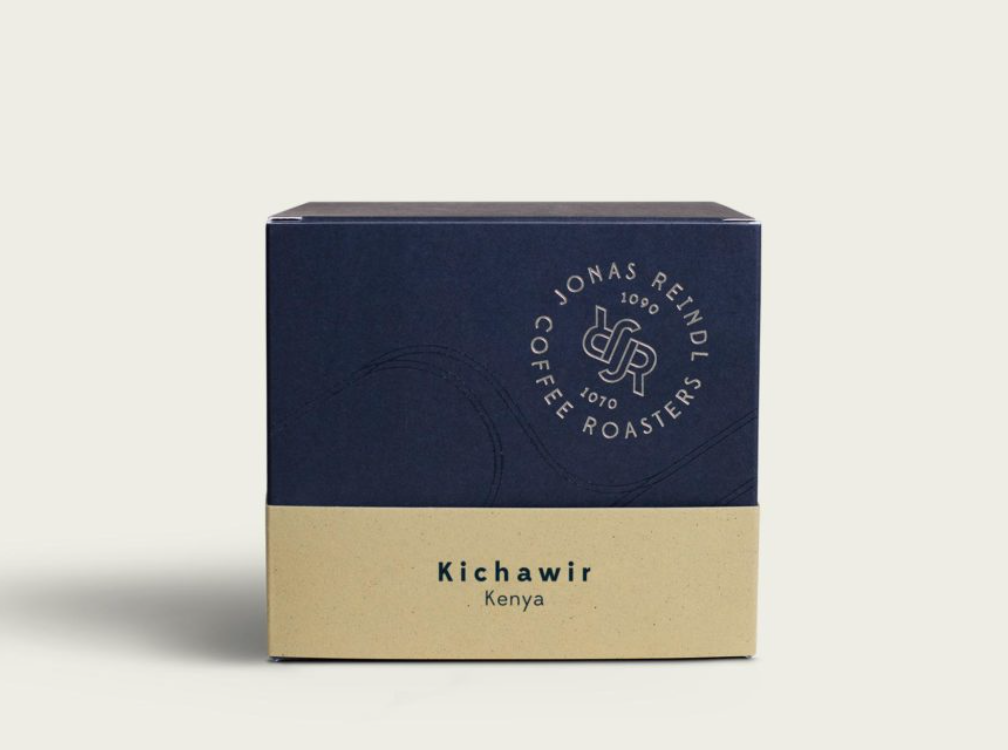 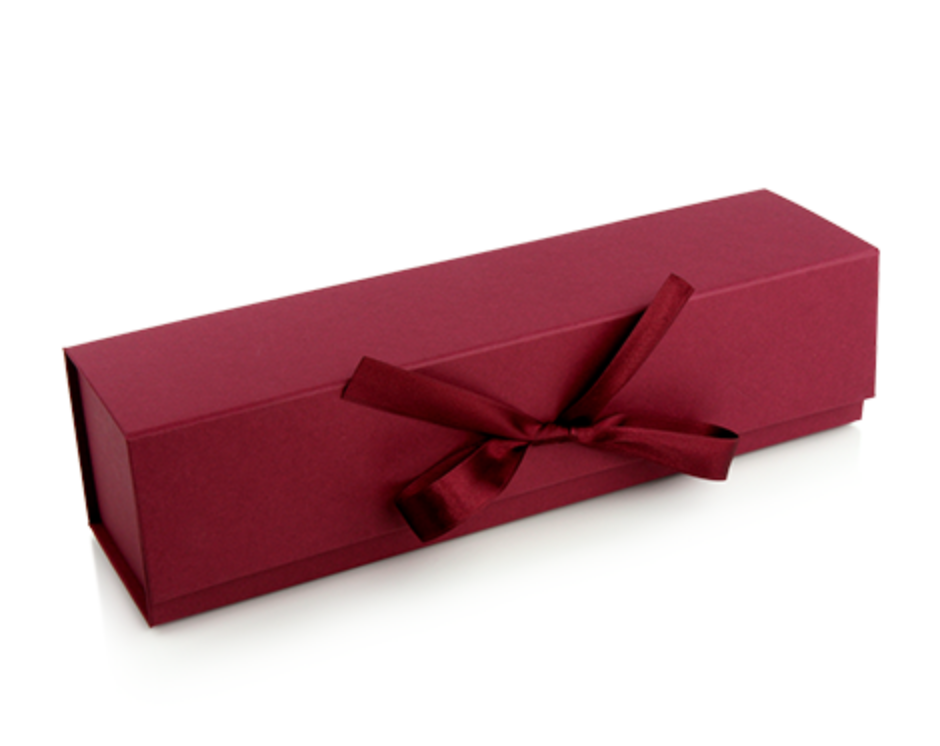 Dress your Xmas presents infancy, luxury packaging with the help of LuxPac. Regardless if you gift wine, jewelry or self-baked cookies, you immediately get a variety of available boxes: different colors and sizes, made from designer paper and cardboard in a rich collection of modern colors.

Do you think an Advent wreath belongs to the run-up to Christmas and you want to present it differently? Then the flobox XXL Advent wreath is the right choice. The handmade Advent wreath is delivered in the practical flobox in XXL format (33 x 33 x 33 cm) – you open the lid and your Advent wreath is ready. Throughout Advent, you will have an atmospheric companion with elegant decorations and high-quality candles. You choose the desired color of the box and the candles yourself, all combinations are possible! 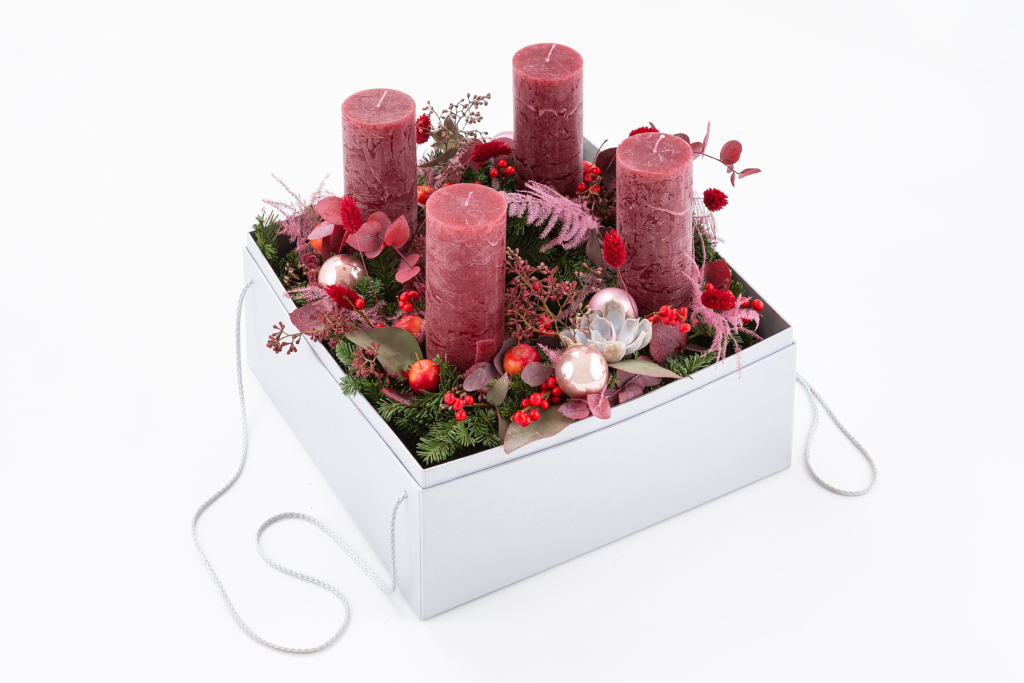 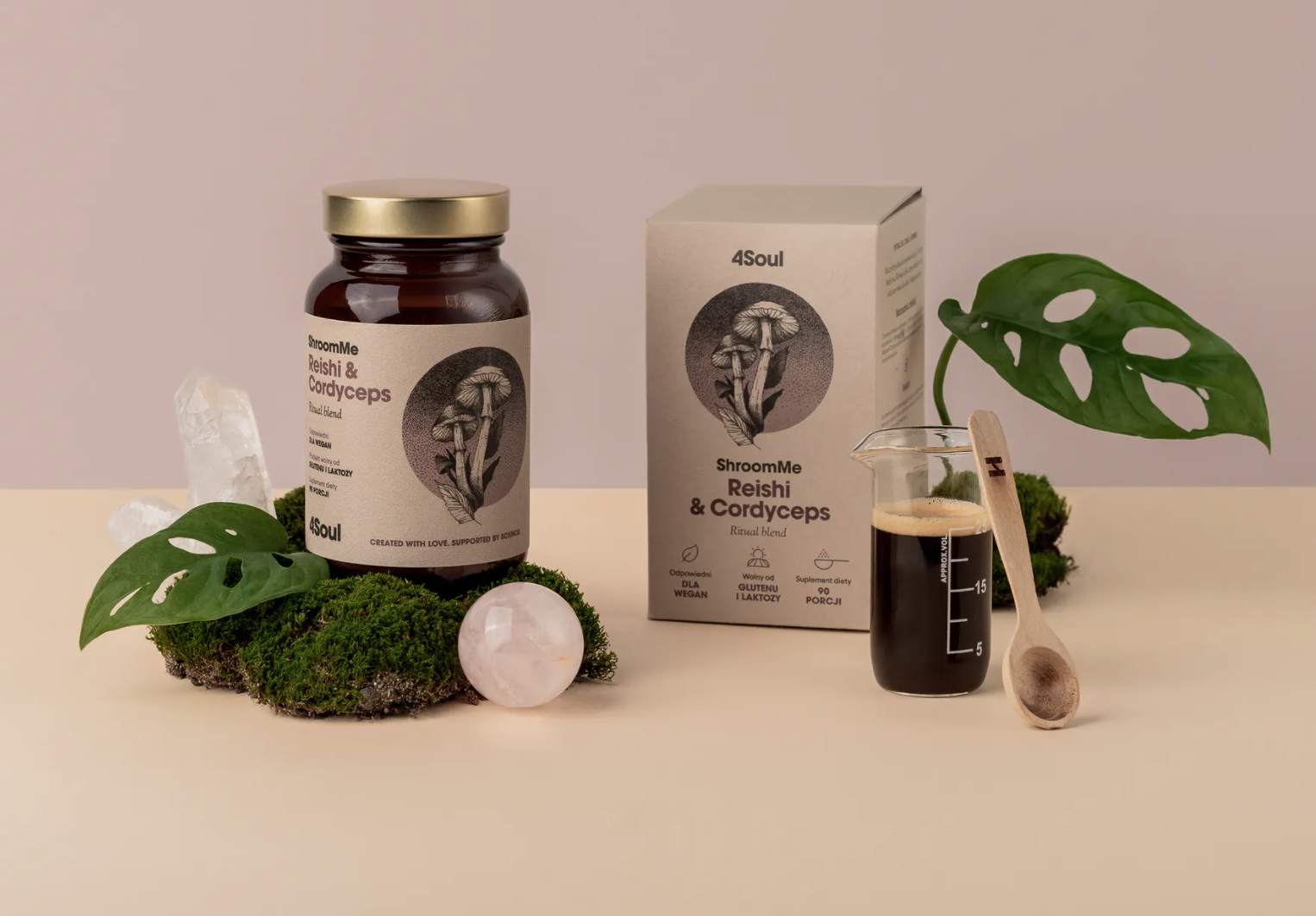 ShroomMe Reishi & Cordyceps is a universal dietary supplement from mushroom natural extracts that supports brain functions and immunity. It will be appreciated by people who need rest after an intense day and want to get rid of the feeling of tiredness and weariness.

Bomo Wrapping papers were created with Bomo Art’s own hand-drawn designs to make the moment of celebration even more unique. Select a paper design matching the personality of the receiver to make your gift even more personal. The creative papers can also be used (featuring patters 4 times/sheet) for decoupage or to decorate your homes (by framing the papers as posters or using them to cover tabletops or shelves.) 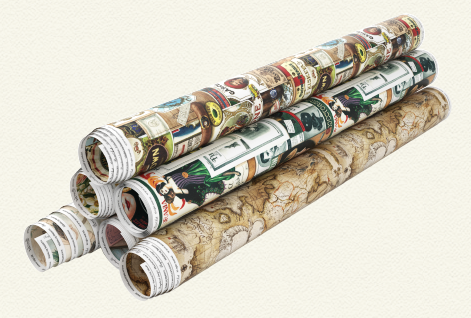