TYPE
·09/12/2021
Share
Istanbul-based Bartu Başaran is a freelance graphic and type designer who works for various clients from the cultural field for projects within the range of type design, editorial design, typography, UI/UX design, poster design, and visual identities. His latest personal project, the unique PETRUSHKA BOX is specifically designed for the Petrushka Display ™  typeface, caught our eye with its intriguing concept and stylish execution. The exclusive package contains a small folded poster as well as a book, which celebrates the Petrushka Display typeface and its inspiration. Celebrating the Petrushka Display typeface and its source of inspiration, with an elegant packaging concept

The Petrushka Display ™ typeface was originally created with references and inspiration from musical genius Igor Fyodorovich Stravinsky and his compositions. Stravinsky is widely considered one of the most important and influential composers of the 20th century, who had a reputation as a revolutionary who pushed the boundaries of musical design. A figure in music history, well worth as a source of inspiration for Başaran’s own design aspirations.

The Petrushka display typeface was developed based on  Slavonic calligraphy, which was then Latinized. Başaran worked on the project in 2019 and 2020 while studying at the Mimar Sinan University of Fine Arts Graphic Design department – where the project was also awarded as the Best Student Work 2020. The PETRUSHKA BOX concept has also been recognized and awarded by the GMK Alliance of Turkish Graphic Designers.
The elegant packaging of 20cm x 26cm x 5cm is made of uncoated 120 gsm paper with a special texture inside. Holding within, the 52-page book which is mainly printed in black and white, with a few pops of color in special portraits and premiere photographs, and a customized french binding – as well as a compact 33cm x 45cm two-sided poster that is folded in four.
Enjoy more of Bartu Başaran’s design work on his Instagram or Behance page. 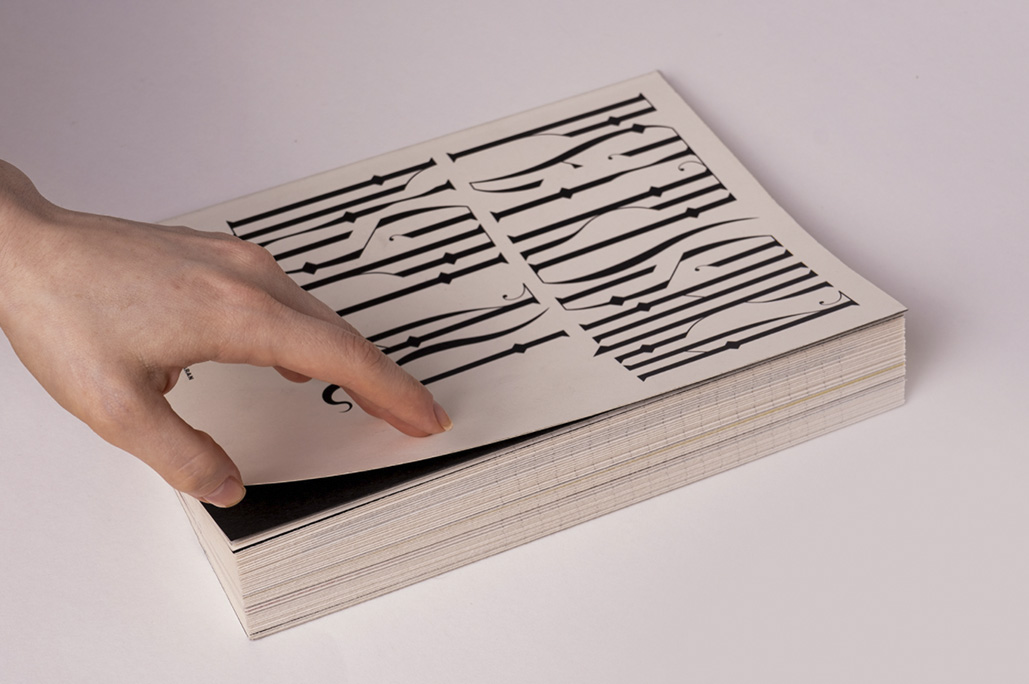 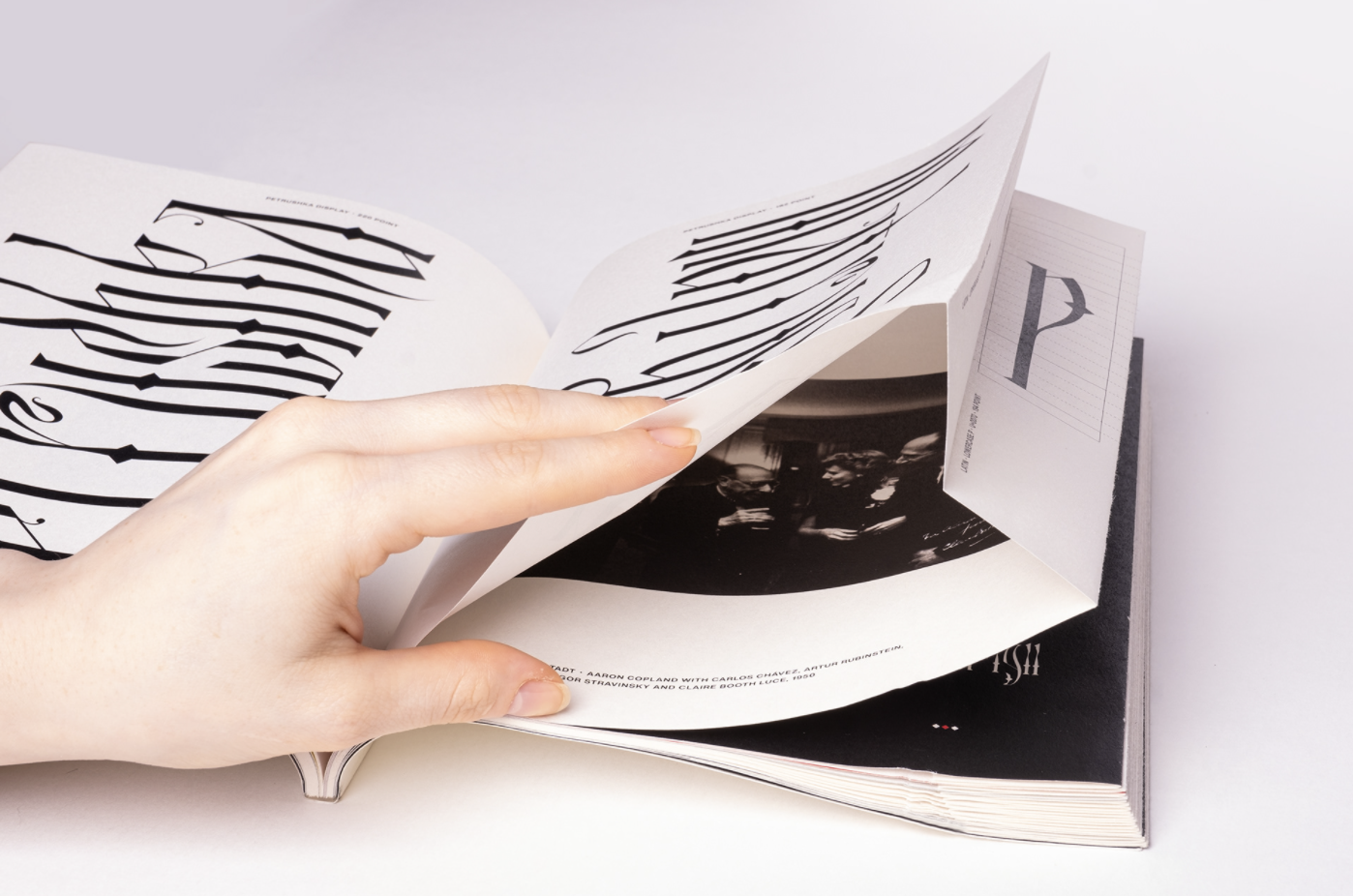 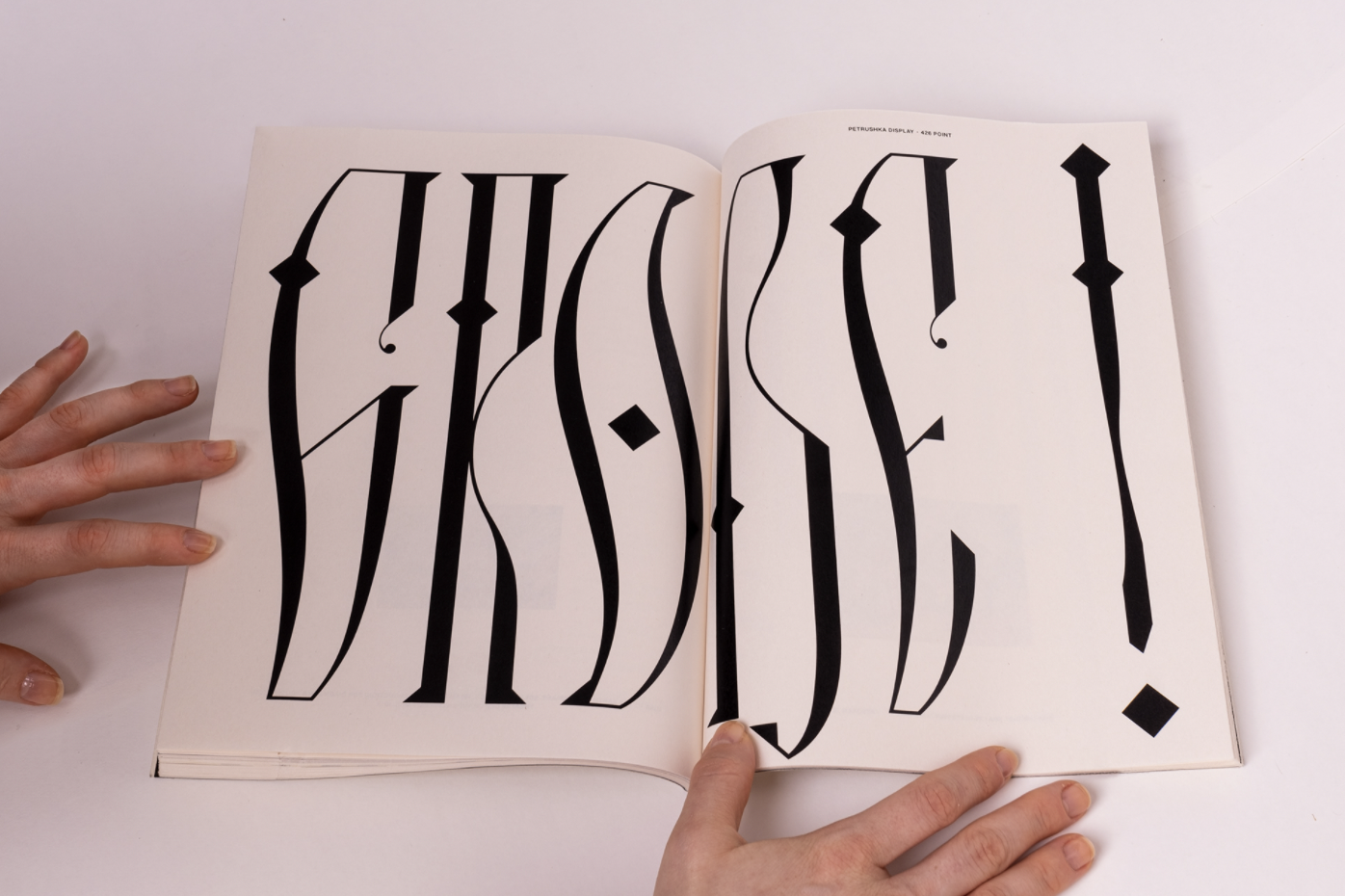 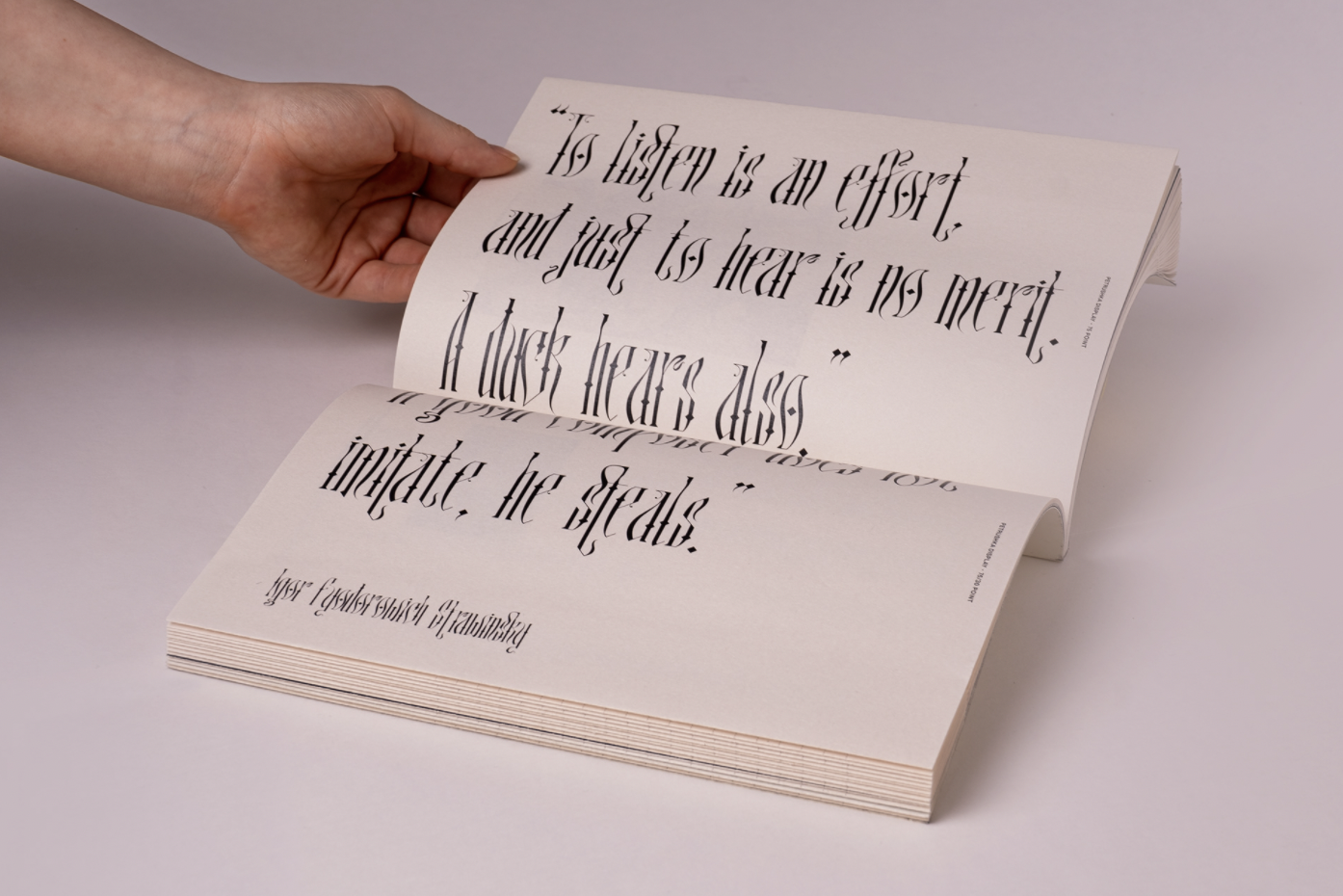 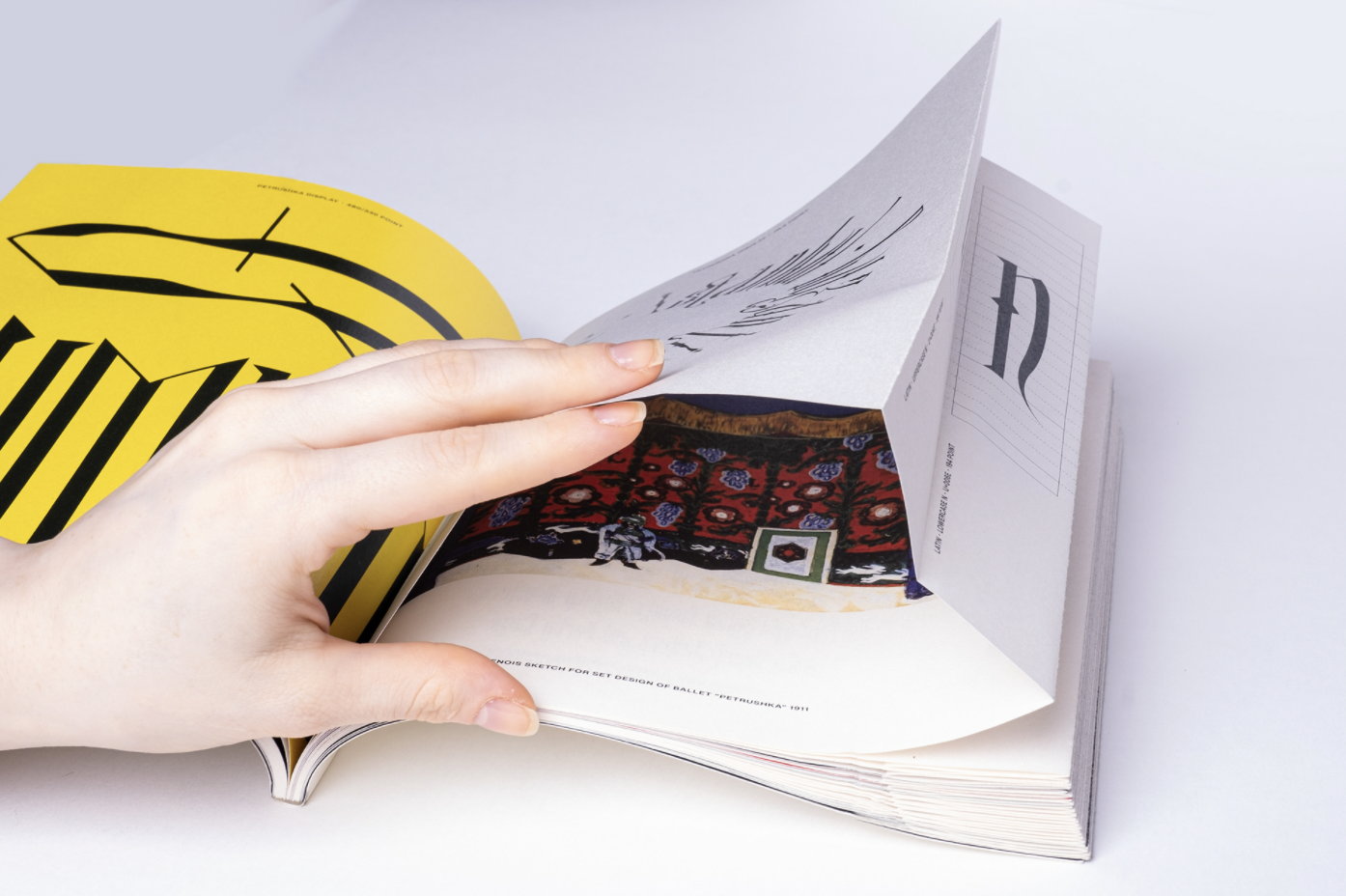 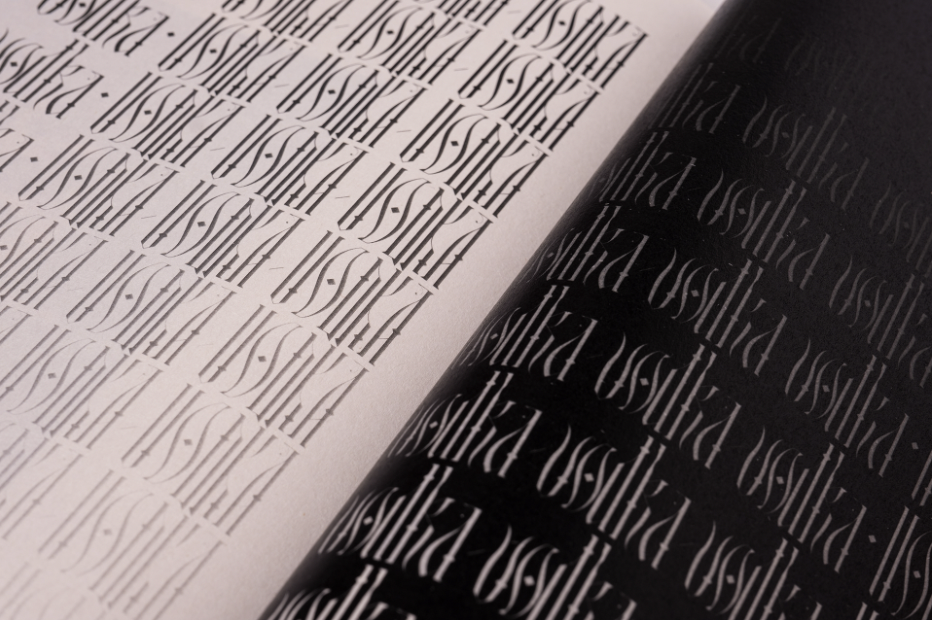 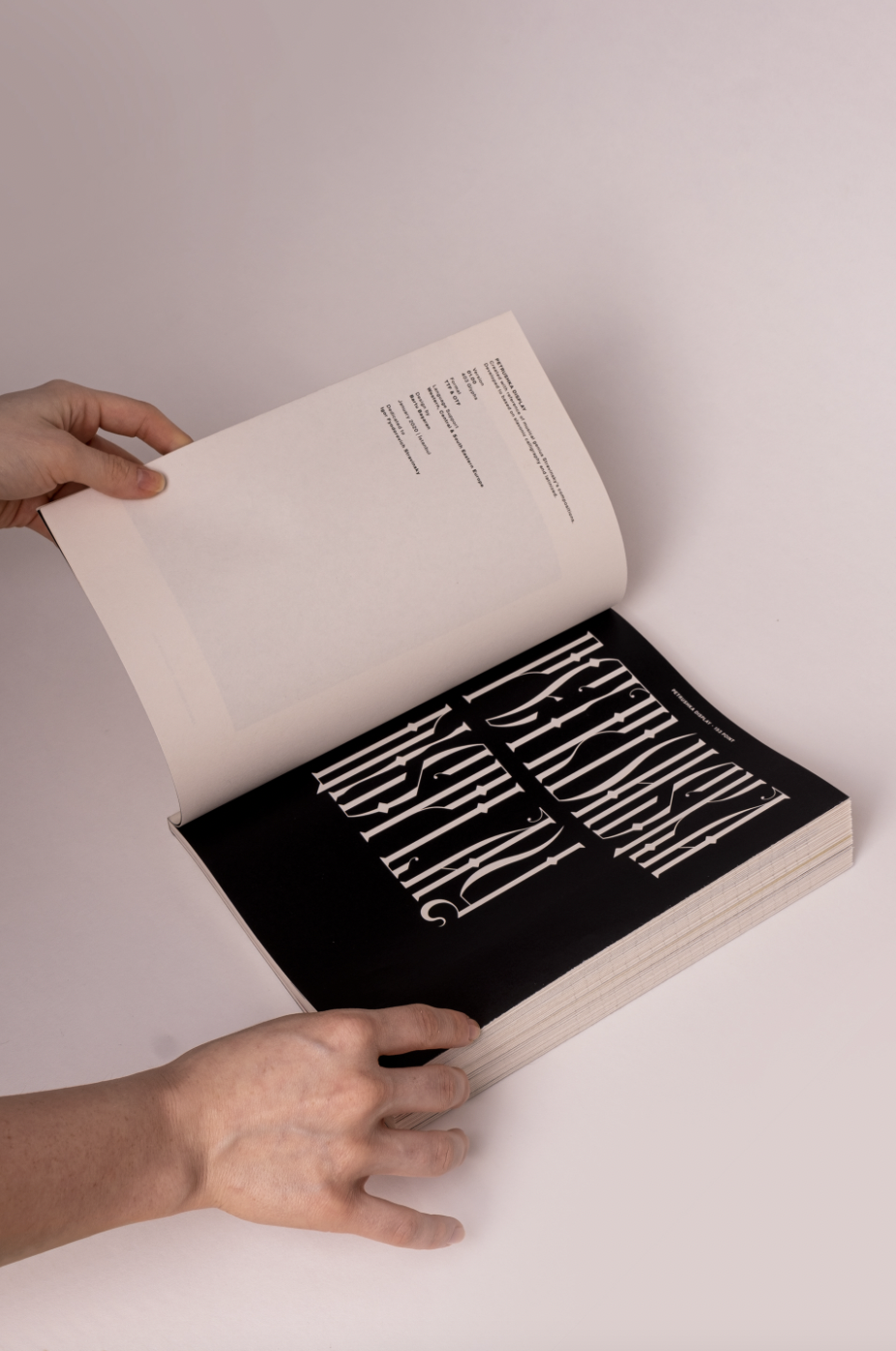 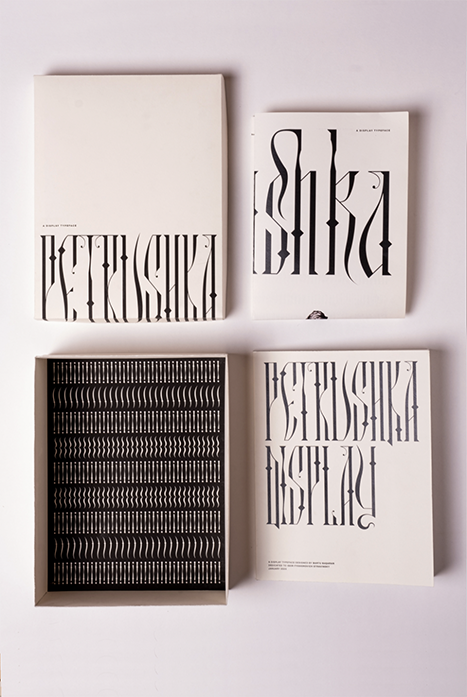 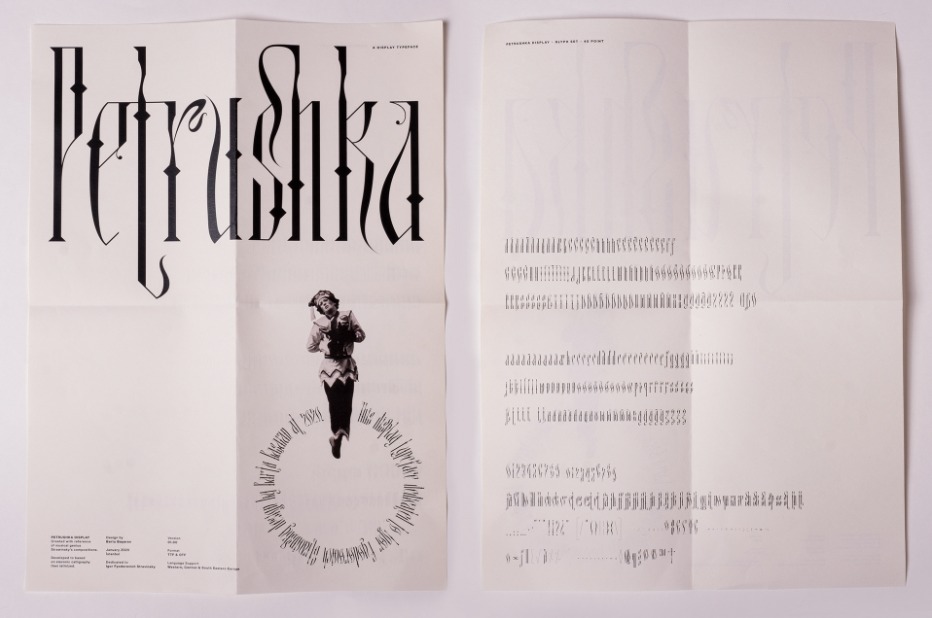 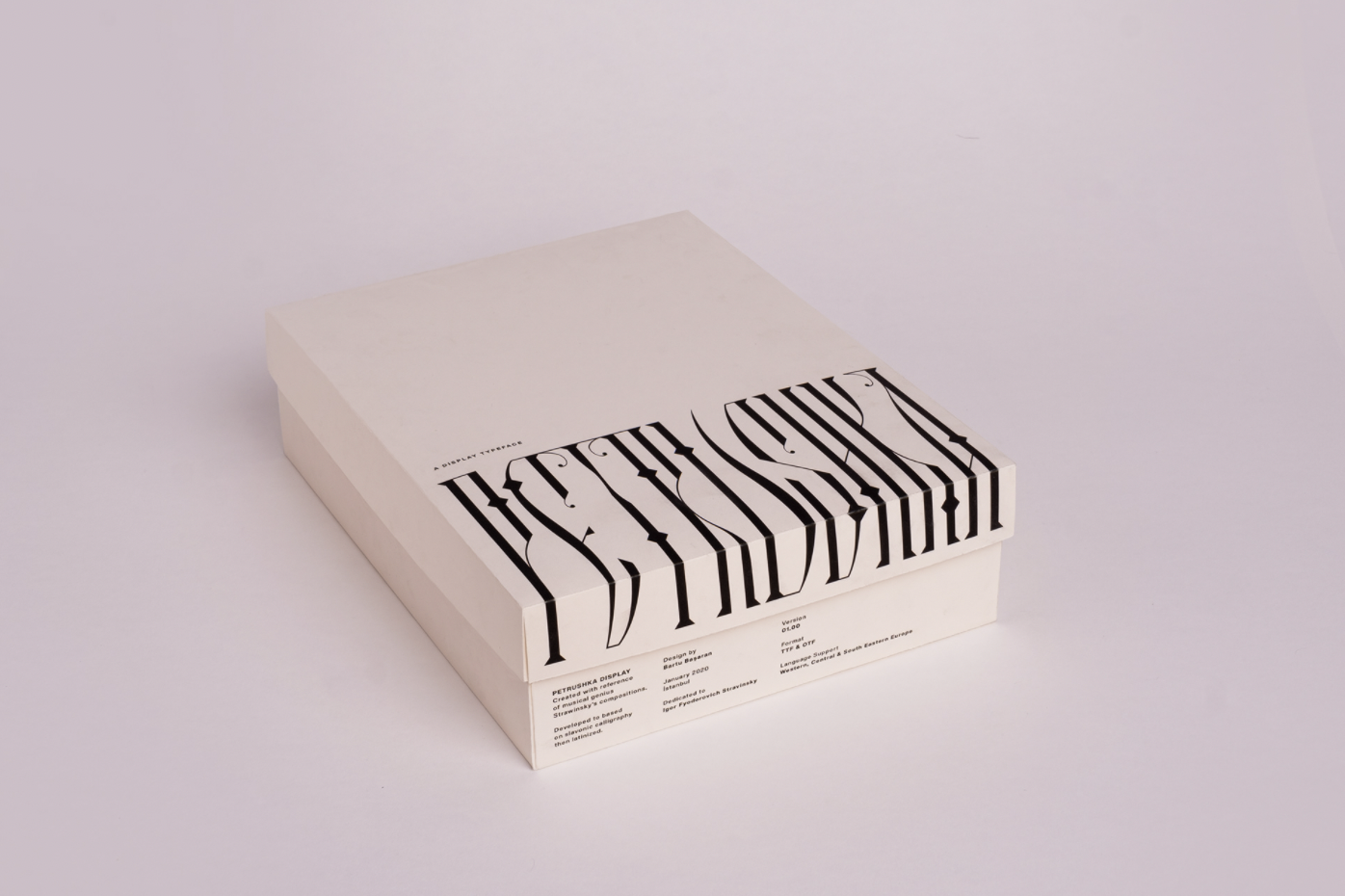