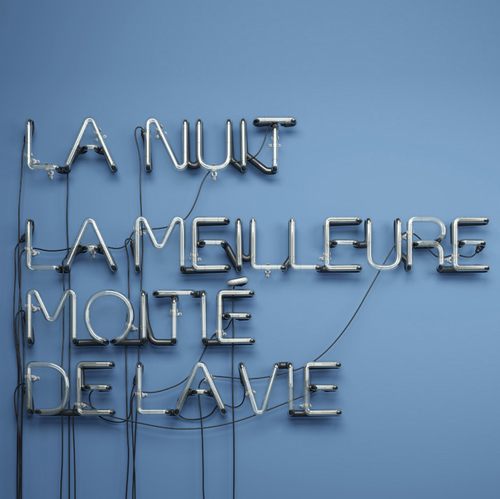 TypoThursday × Turn The Lights Off

Rizon Parein is a Belgian graphic designer whos’ greatest talent lies in 3D lettering, especially in his personal series of unlit neon signs titled Turn the Lights Off, which we are huge fans of. Lately, neon lights and signs have found their way to the graphics and advertising design world but it has been Parein who saw the beauty in the unlit typography, what is basically just tubes and wires.

Rizon Parein, who started in the early nineties as a graffiti artist with a strong passion for 3D letter styles has made a great career as a graphic designer. Starting from designing flyers for Belgian night clubs, he has made his way to some of the most prestigious design studios and agencies, having clients such as Heineken, Yahoo, Nokia, the latest addition being Nike, for which he designed a great ad campaign featuring a Nike Air Max sneaker made of neon lights.

Parein stumbled upon the idea of unlit neon lights while working for an Eristoff Vodka campaign called “Bring On The Night”. Parein felt that turning the lights on killed the esthetics of what he was making, so he decided to make a series of his own posters. This resulted in some cool designs, very rough and industrial, yet captivating as well as extremely realistic. Because the funny thing is, which is hard to believe, that none of these signs actually exist! The contrast between the lit and unlit signs is captivating, and when you notice you are drawn towards the unlit version, you understand Pareins’ interest in the technique. A simple yet clever idea with clean and very readable typography makes these posters special.

Parein continues to work with modeling neon signs, and we cannot wait to see what he comes up next. Visit his website to see the rest of his works!