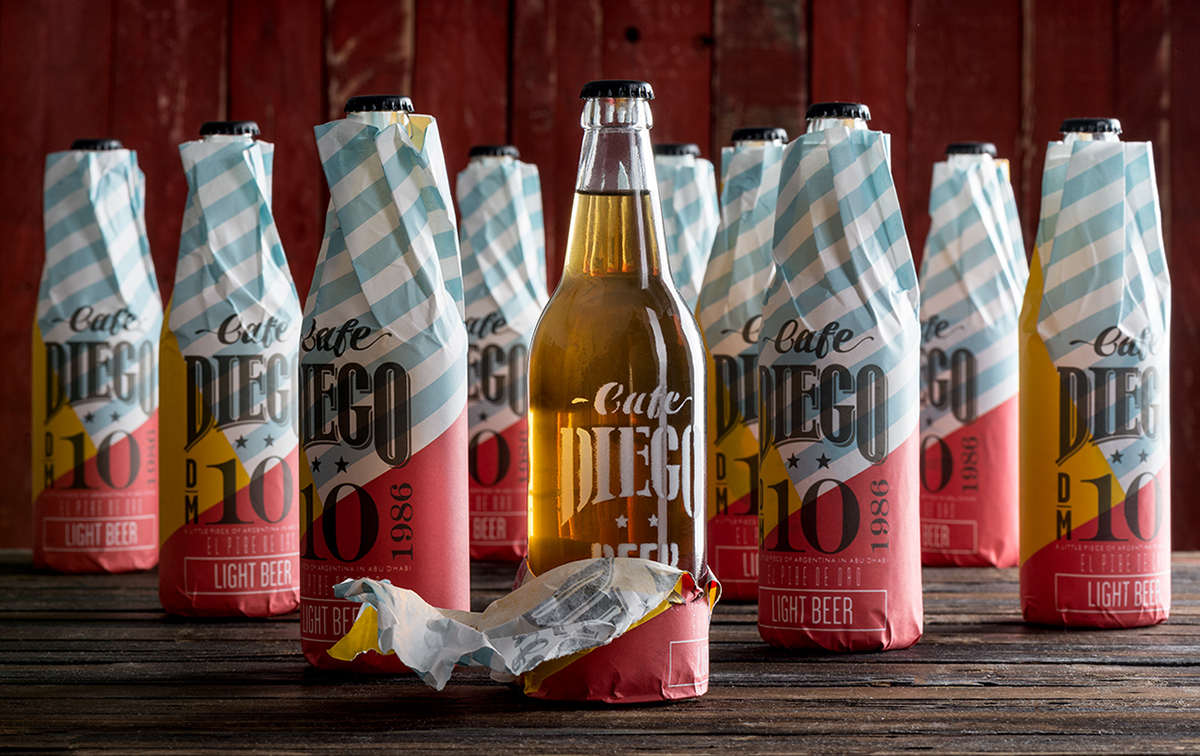 BRANDING+PACKAGING
·26/05/2016
Share
Yerevan based Backbone Branding studio was commissioned to create a new visual identity for a new Argentinian themed café in Abu Dhabi. With some strong Latin flavour and a known football god as the main figure – the concept is sure to catch attention. Pulling together the essence of Argentinian culture, the contemporary concept is full of color, retro inspired typography,  uncomplicated material choices and playful compositions. 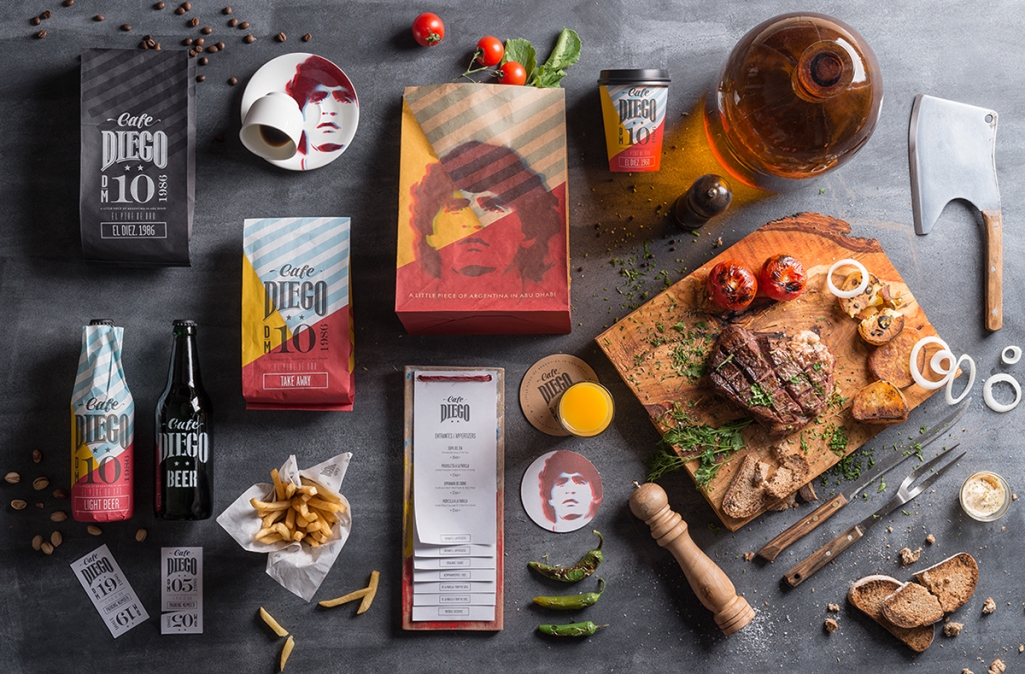 Without a doubt the star of the freshly made branding for Café Diego is the spirit of Argentina. And as festive as his native country, Diego Armando Maradona was chosen to be the leading character to represent his home country and so became the core of the concept. The inspiration of the Latin American country and it’s most famous athlete is expressed through colors, patterns and Diego’s illustrated portrait. Celebrating the vibrant Argentinian lifestyle, unique architecture and backstreets and street art, the branding feels like an homage filled with passion, emotion and rich flavour, connecting the visual identity to the cafés atmosphere and culinary line. Developed to be a take away café, the essence of the brand is mostly expressed in the chosen mediums of the brand identity, with its black & white and colorful elements. The packaging is specially developed for take away, while it’s design is spreading the message of the brand taken out side the premises. The central parts of the identity are the stenciled portrait of Diego Maradona and the logo, both centrally placed identity elements across all the designs from stationery to bottle labels. 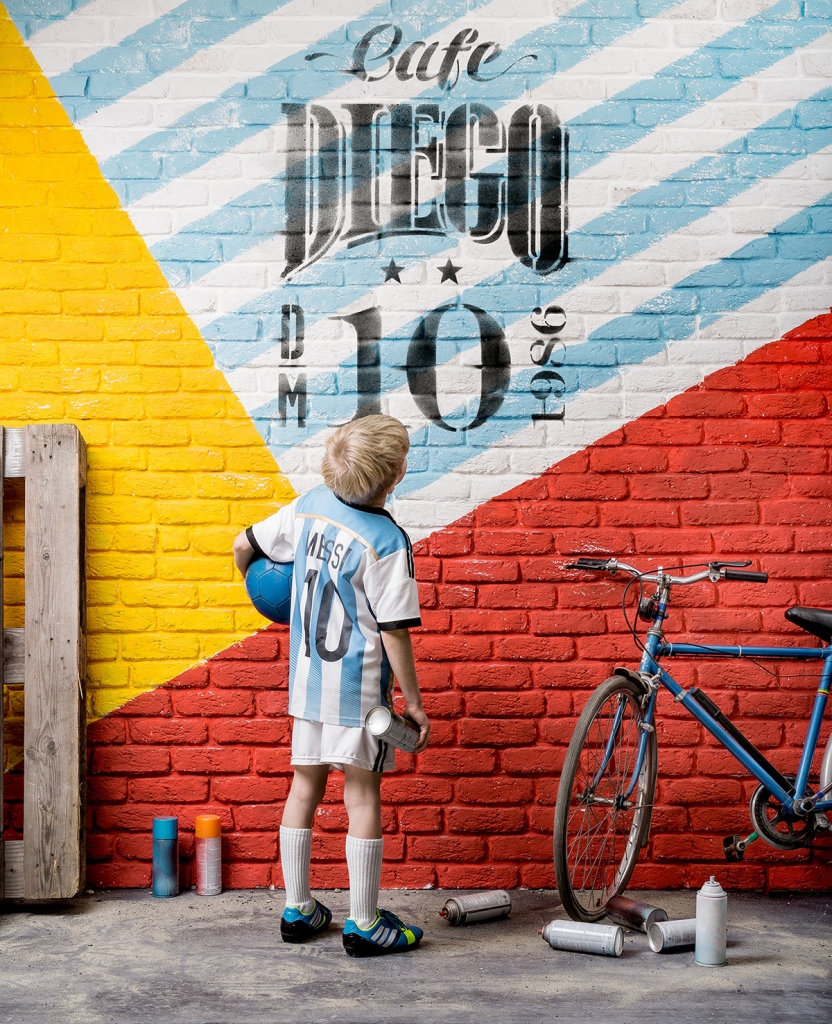 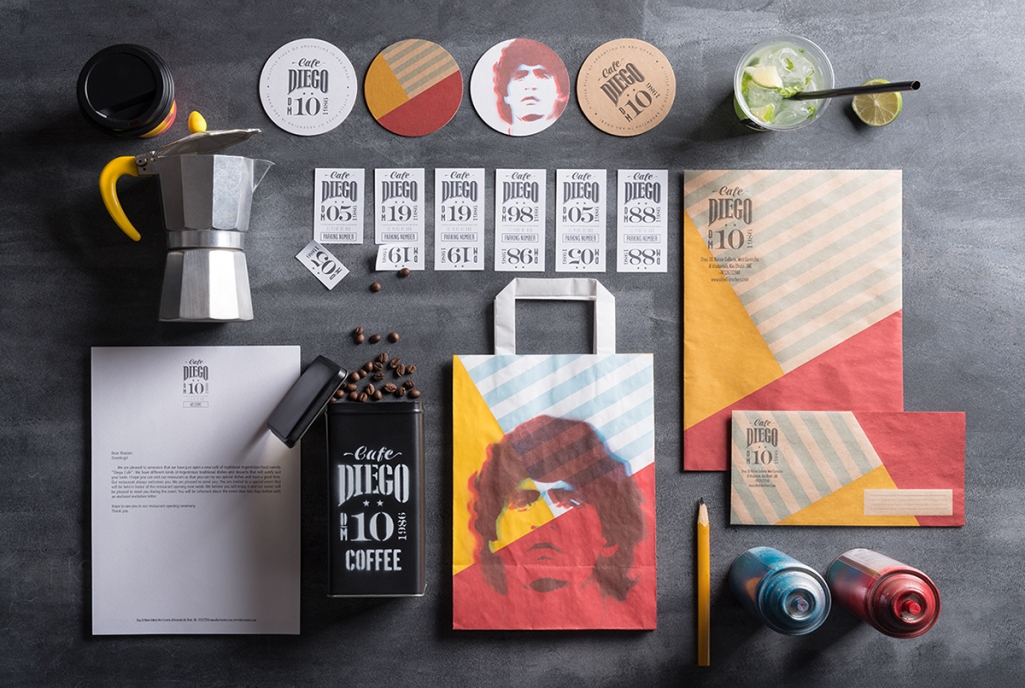 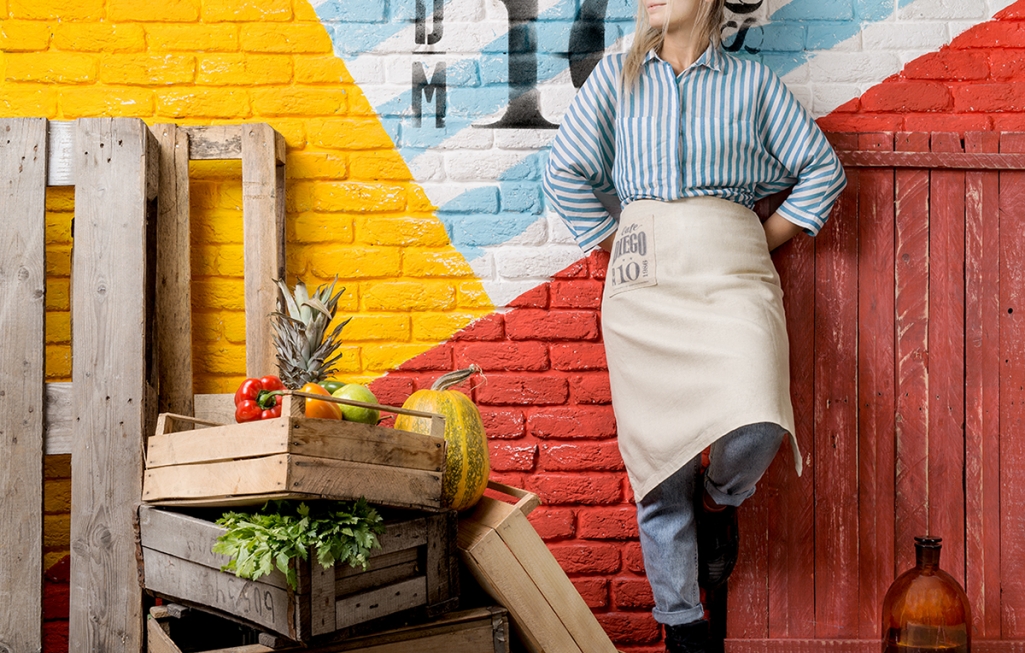 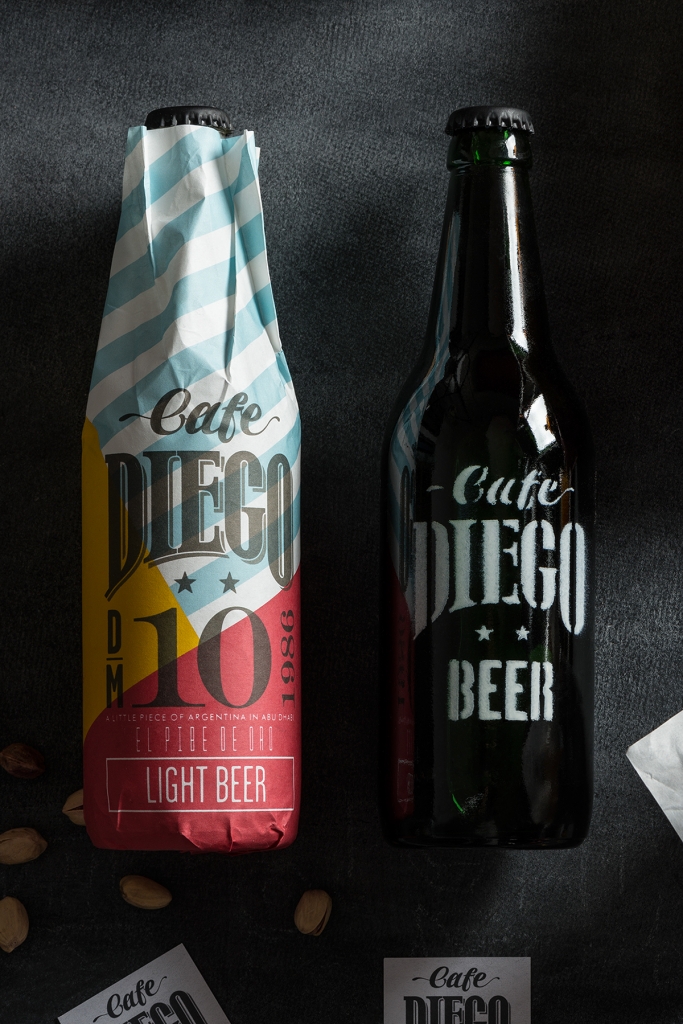 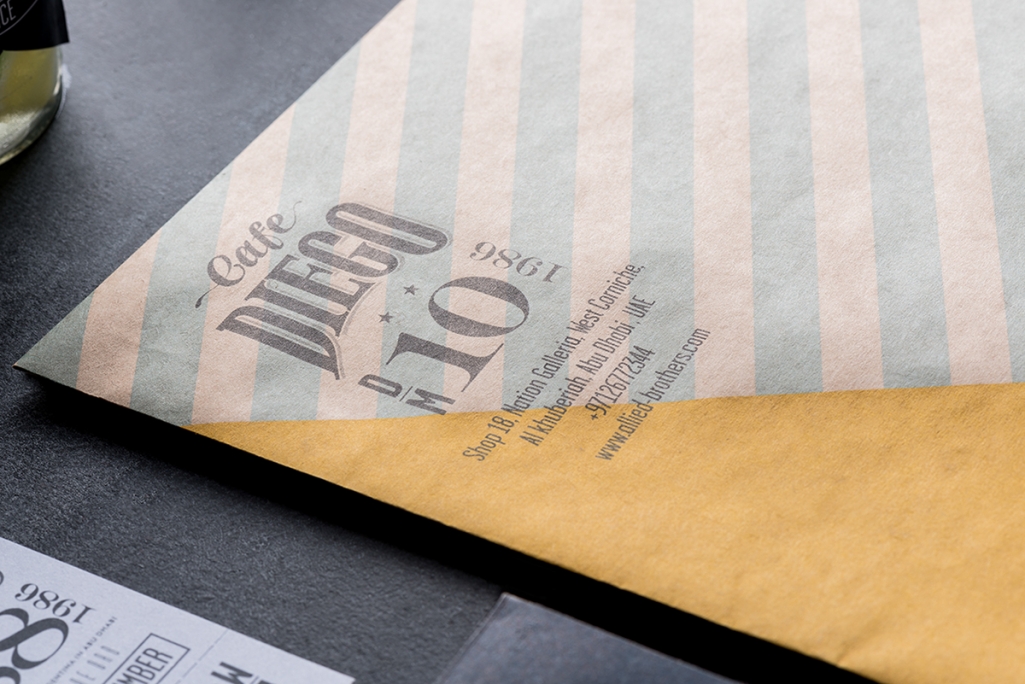 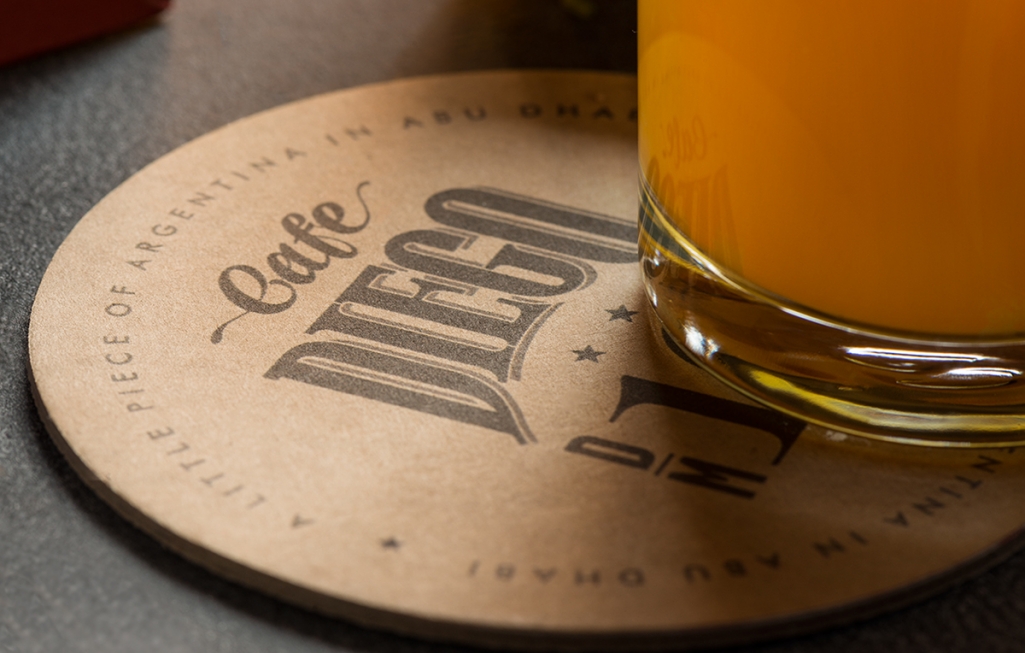 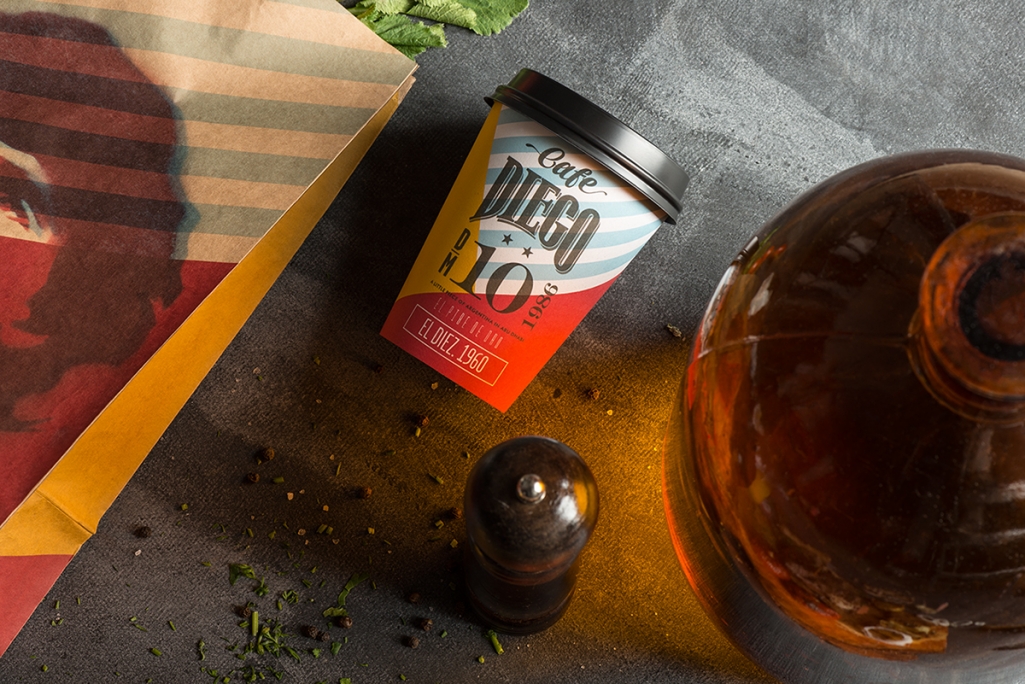 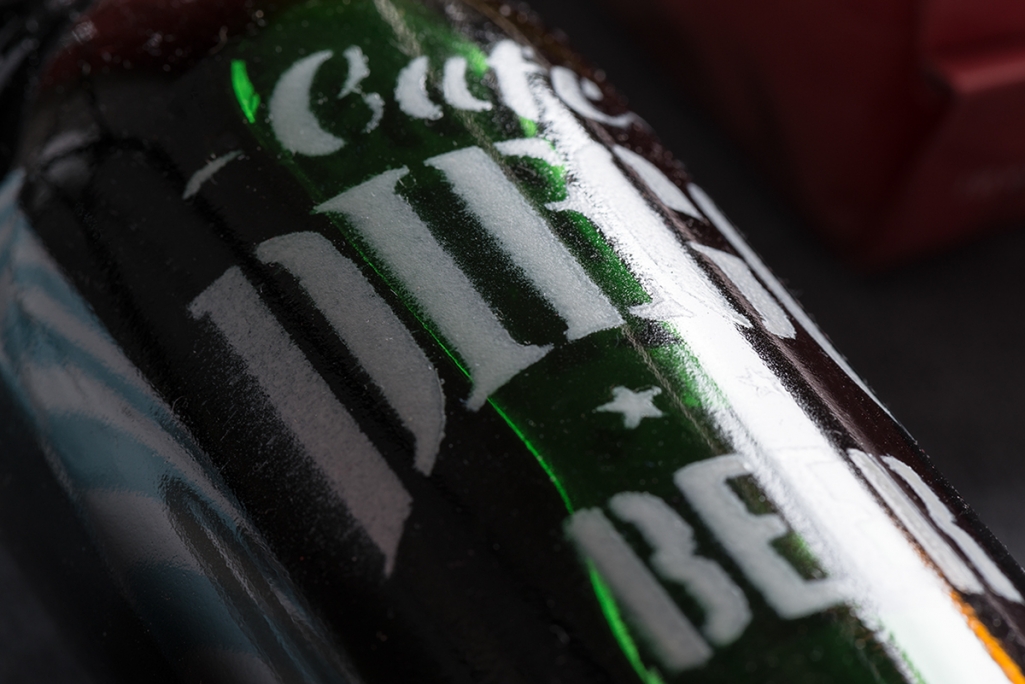 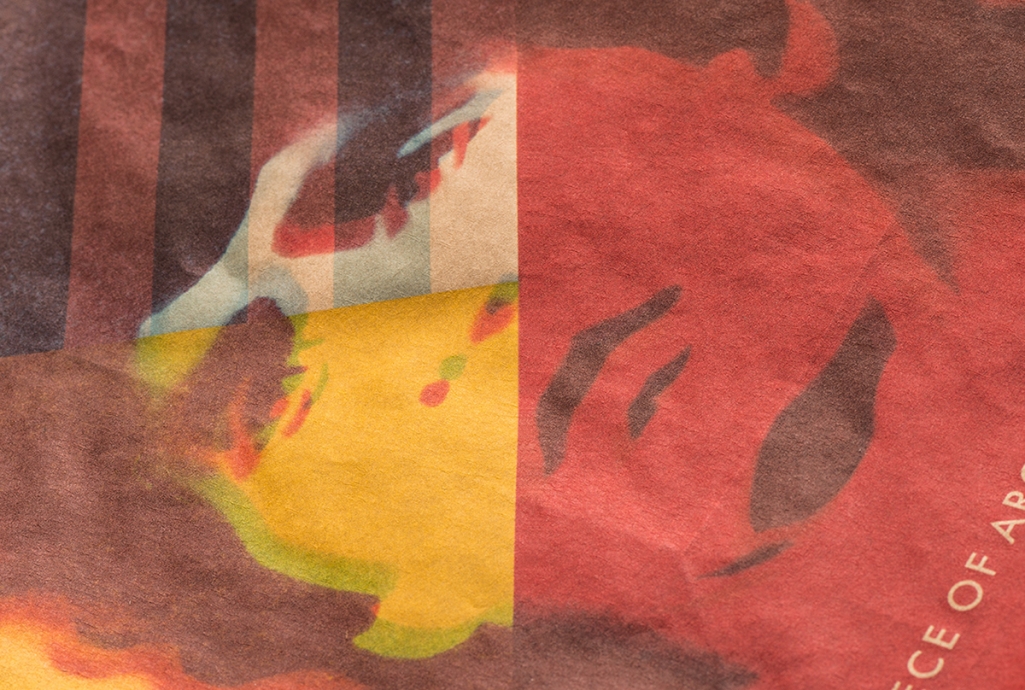 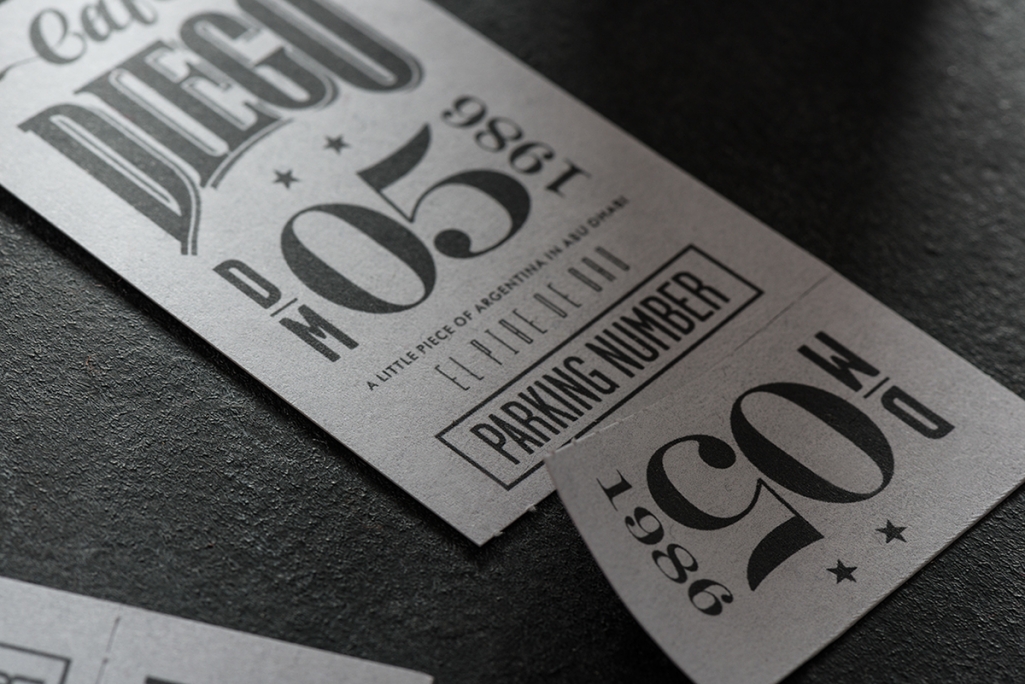