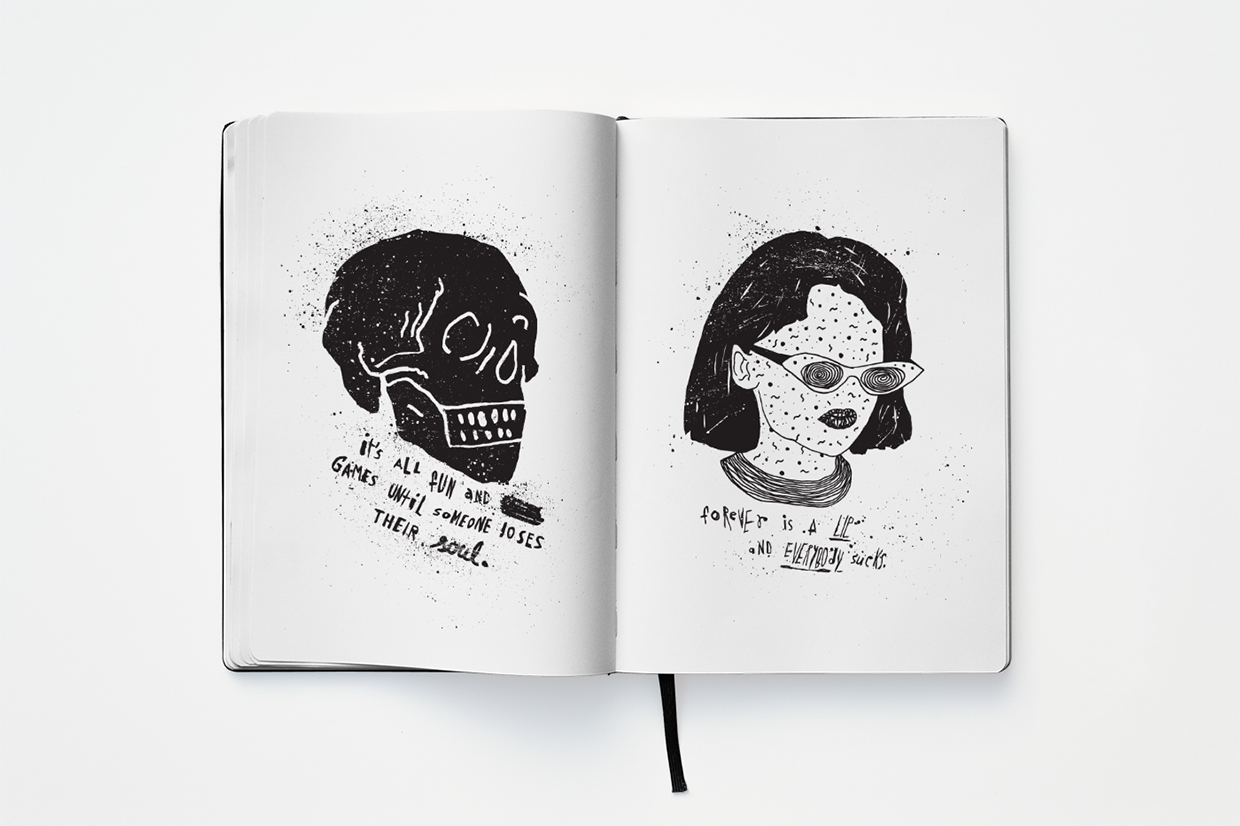 ART+ILLUSTRATION
·15/09/2015
Share
Đontra – a personal sketchbook project by Croatian graphic designer & illustrator Ivo Matić which he builds on a daily basis, since early this year, now counting more than a hundred illustrations. With his distinct approach to illustration and comprehensive use of visual language, Matić creates dark and thought-provoking work inspired by everyday life.

Having studied design of visual communications (DVK) at the Academy of Art in Split, while influenced by grunge, skateboarding, street art and graffiti from an early age, Matić’s style is a unique mix of maturity, technique, passion, dedication and tongue-in-cheek attitude towards his work. Working in a wide range of projects, be it client work for international companies or mainstream media, to musical and personal projects, his latest one has gained wide popularity, especially on social media. Đontra is a public visual diary of Matić’s life, in which he “draws feeling and stuff” – by the artists own words.