Polish illustrator, graphic artist and painter, Gosia Herba, interprets ancient myths and known legends from across the world with bold colors and earthy textures, reminiscent of Picasso paintings. Known to work for renown publications such as the Washington Post and the Monocle, Herba’s illustrations have great depth and are build as layers upon layers of cubistic disproportionate characters full of drama and passion. Her latest personal project focuses on folklore and traditional tales full of beasts and mythical creatures. 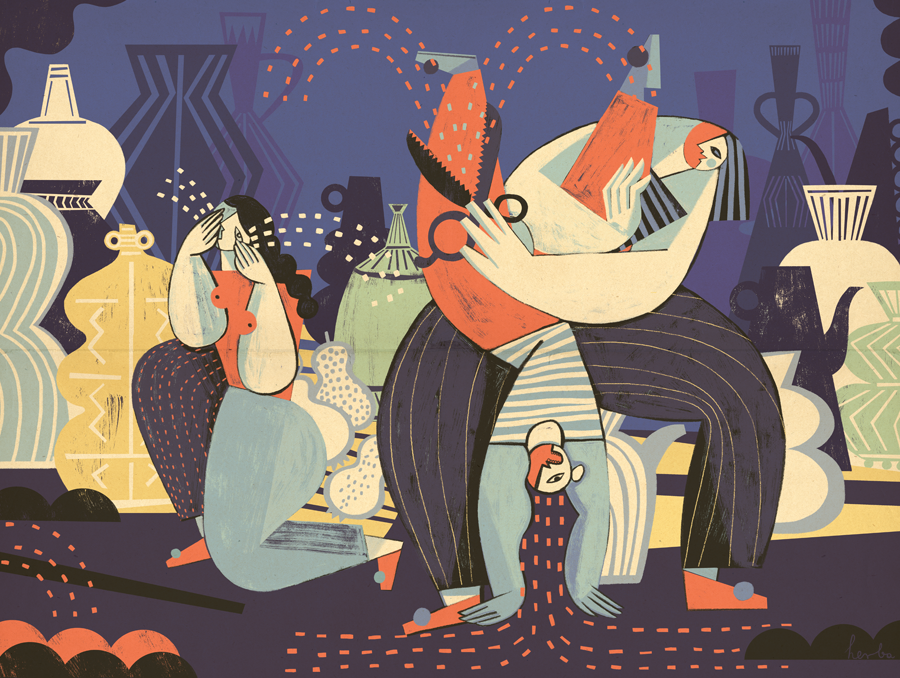 Herba’s recognisable style has become the stable in her work, weather working on children’s books or editorial publications. I always find it most interesting to see artists on personal projects, as they showcase the full scope of their visual style and artistic approach to the subject. Inspired by mythical stories, these illustrations are a mix of colors – from dark and doomy to light and pastels – textures, and well created compositions full of depth and drama. With an undeniable nod to the cubistic art movement of the early 1900’s, Herba’s work stays unique and fresh. 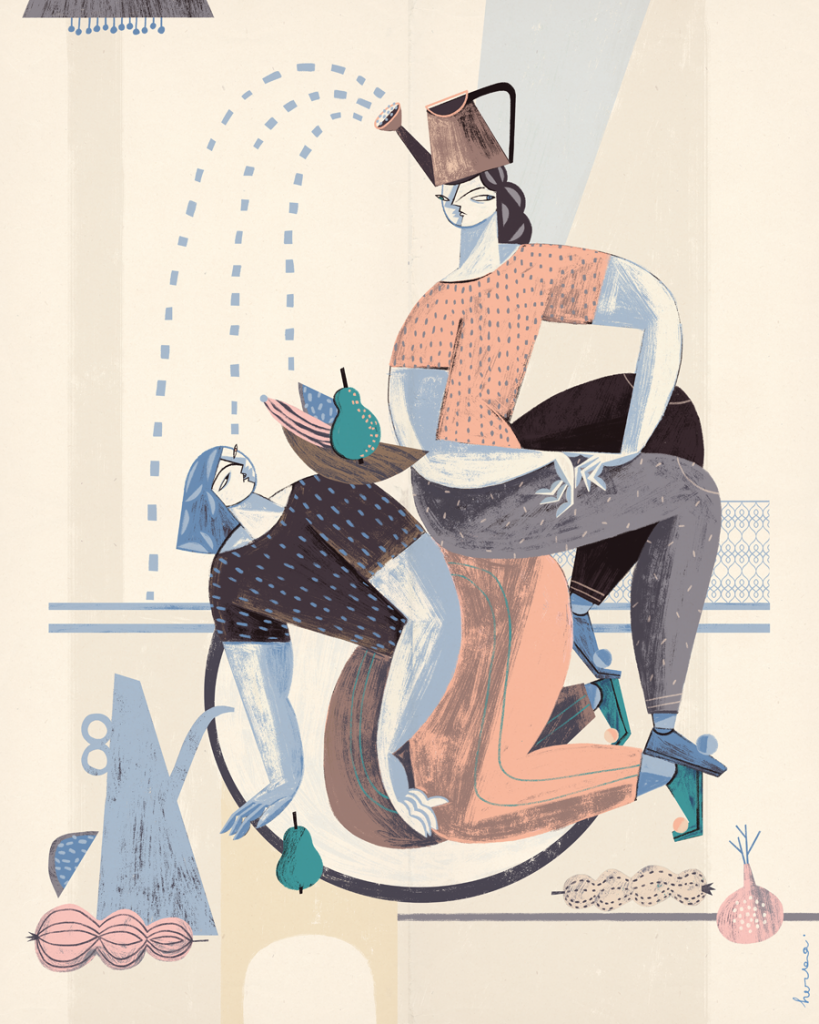 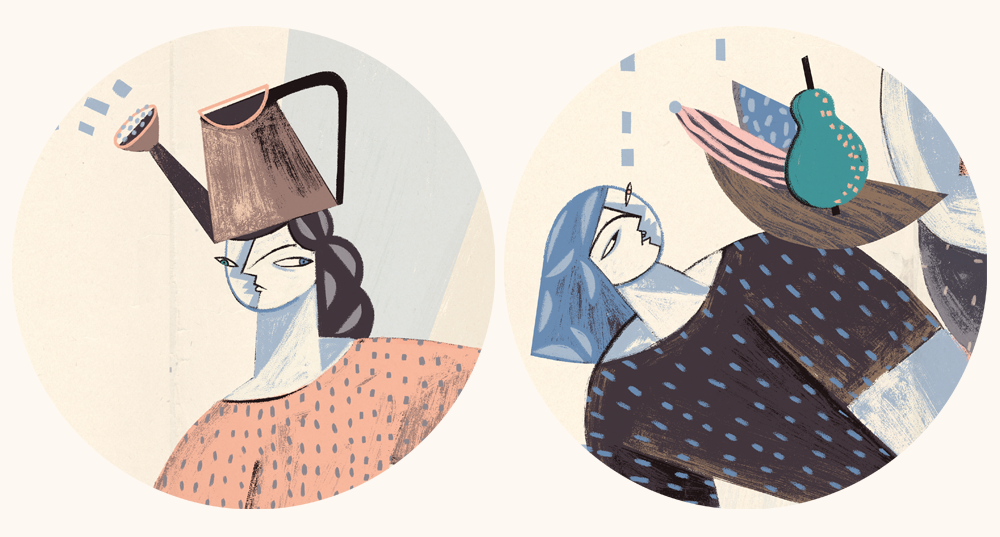 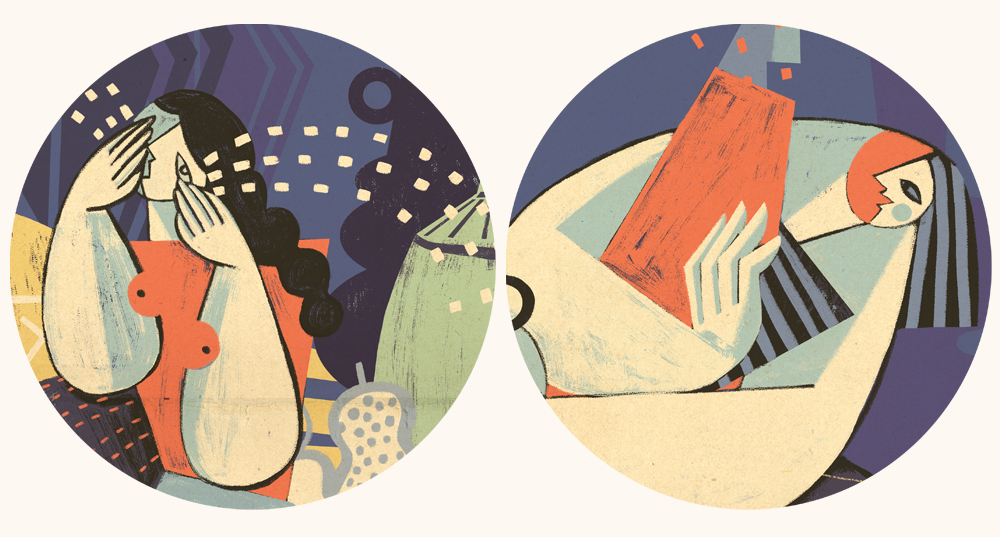 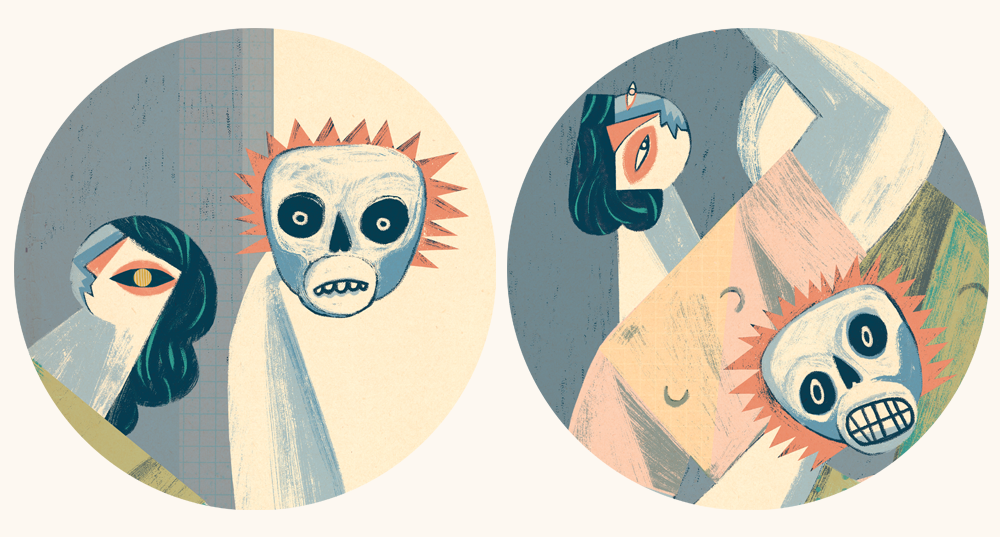 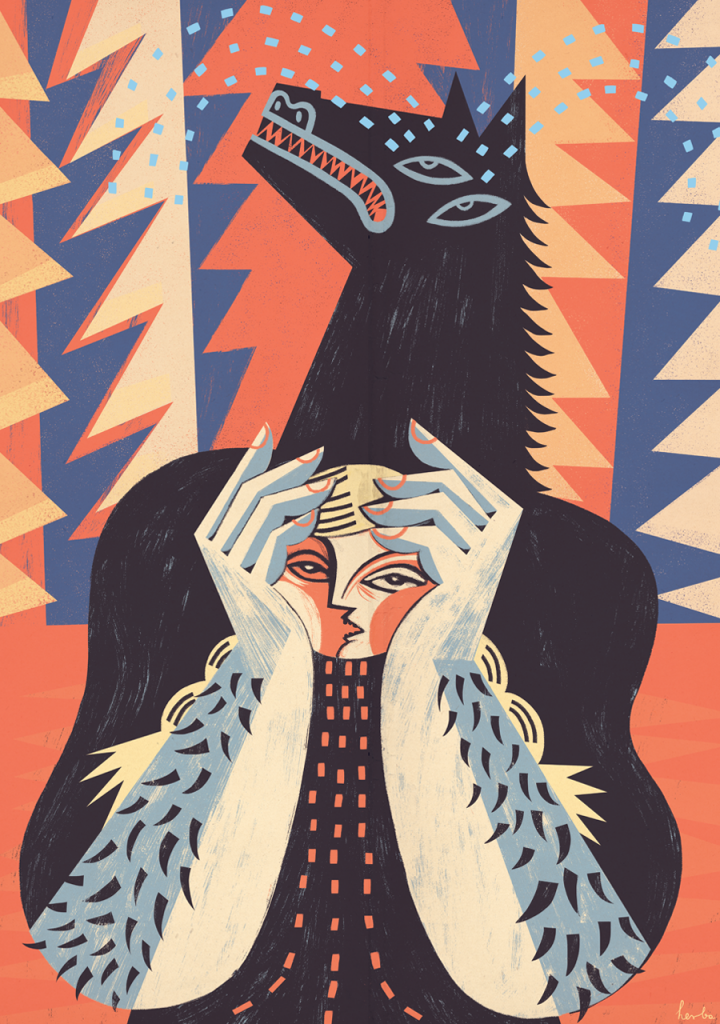 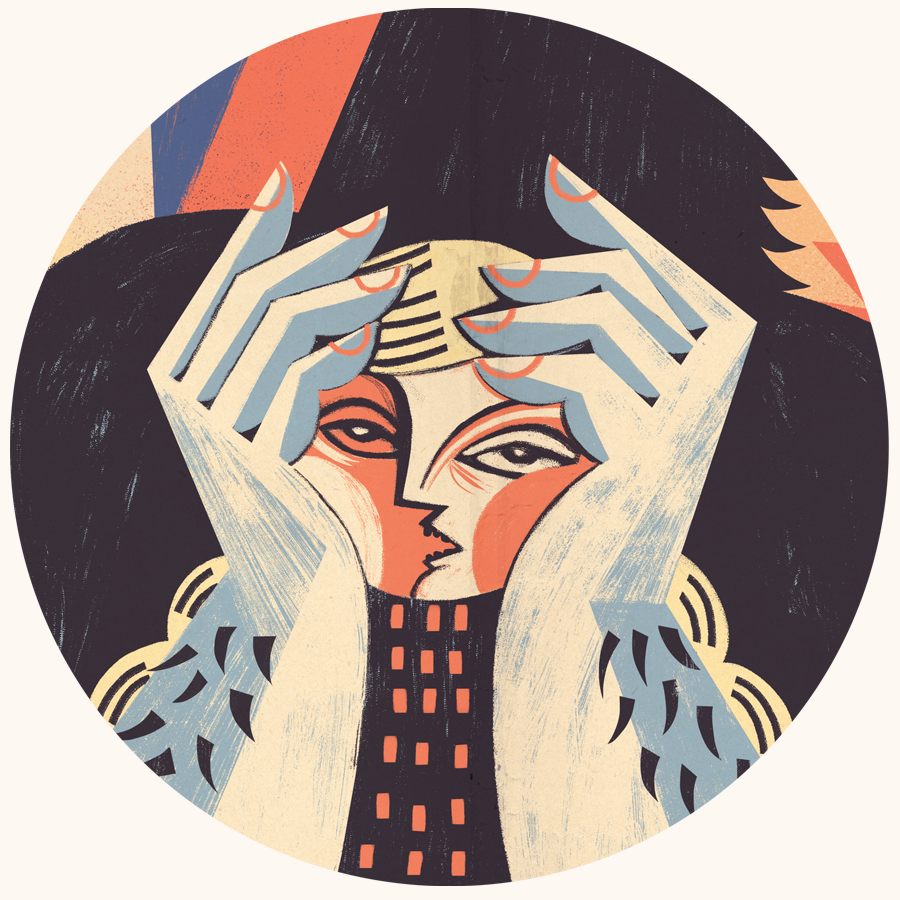 Lupu minariu
Inspired by a story from Italian folklore.
There was a woman once who had married a man. She didn’t know he was a werewolf. “If you ever awake at night and see me not sleeping by your side, don’t go looking for me” he said to her one day. During their wedding night, after she had fallen asleep, the husband turned into a beast and scurried into the forest. The woman woke up to realise that her husband is gone. Heedless of his advice she went into the woods looking for him. She couldn’t find him but the beast found her and savaged her body. After the moonset, when the husband returned to his human form, he realized that he had slain his own wife. He couldn’t stand the grief so he killed himself. 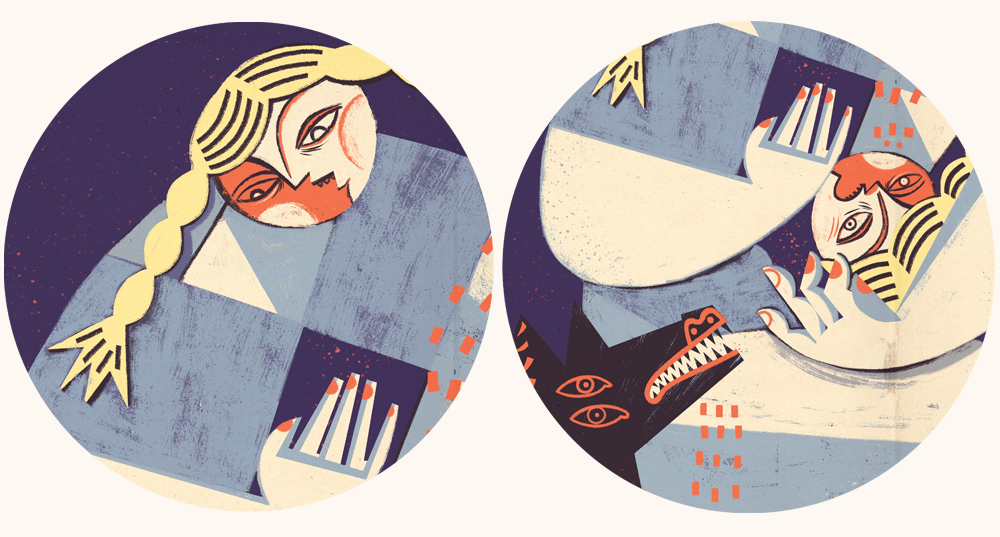 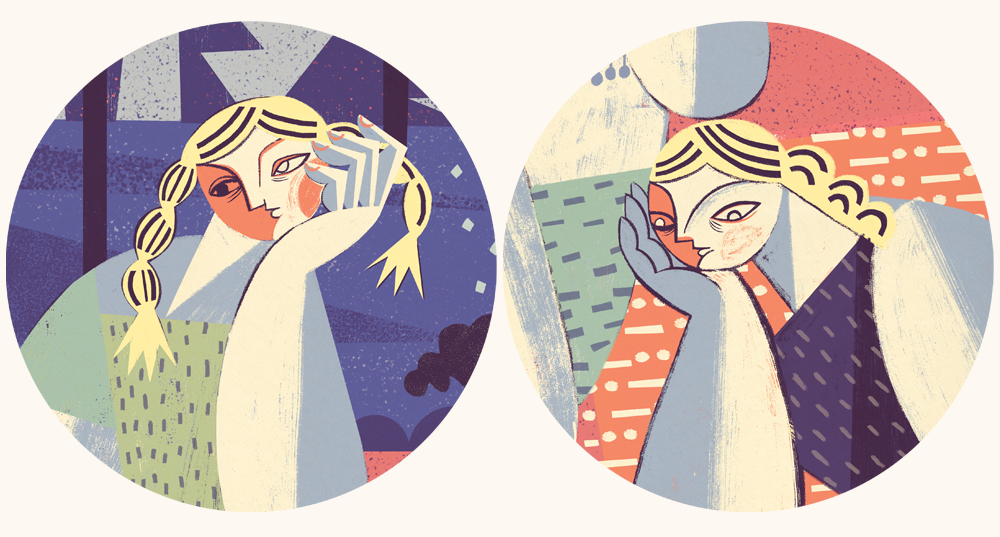 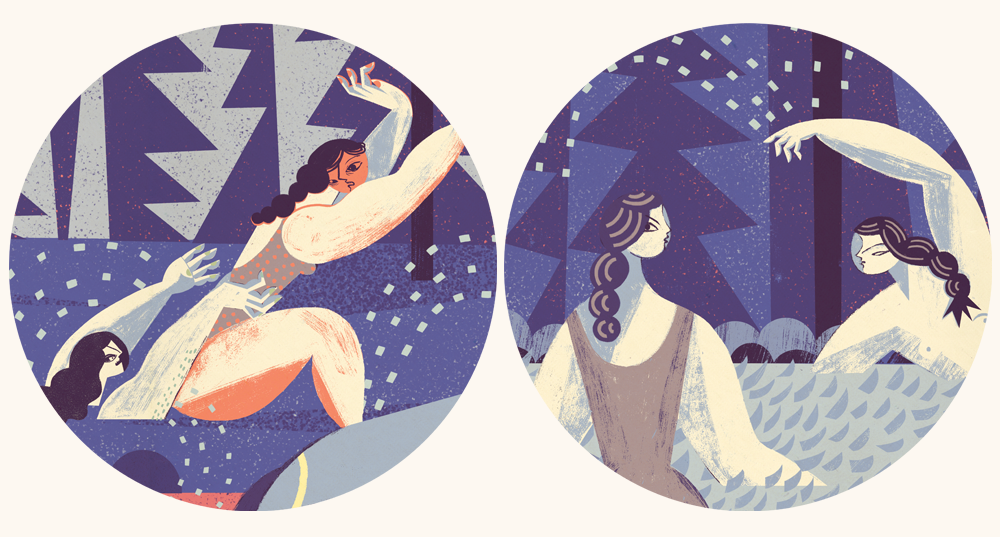 Picnic (Utopiec)
Utopiec or Topielec (plural: Topielce) is a figure from Slavic folklore. Residing in fields, marshes, and water, Topielce were believed to be spirits of people who had died drowning or souls of miscarried children. They were known as malicious beings who sucked and drowned their victims in swamps and lakes.