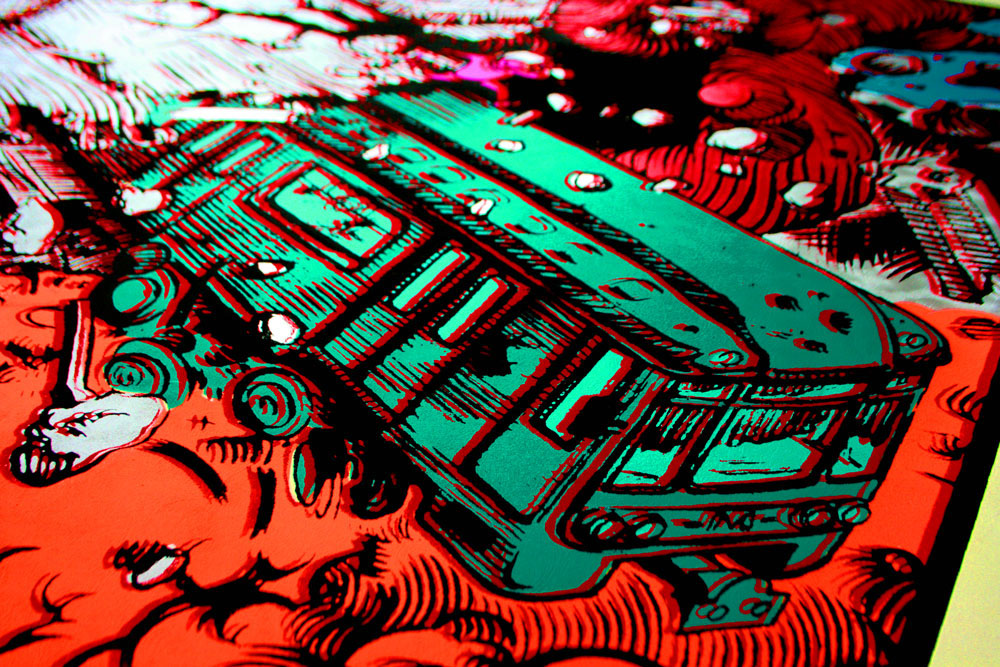 A man who wears many hats – set designer, puppeteer, graphic artist, gallery owner, screen printer and teacher – Hza Bažant is also the author of graphic novels and series of short stories, including the latest grand sage titled Nusle. Originally a large scale graphic cycle consisting of 34 individual large screen prints on textured and colored paper, on which stencils and spray paint have been applied, together forming a large scale print installation – has been made in to a book. Telling the story of Mirek, the central character, the saga explores a world beyond ours with images alone, leaving the narrative for the viewer to form on their own. 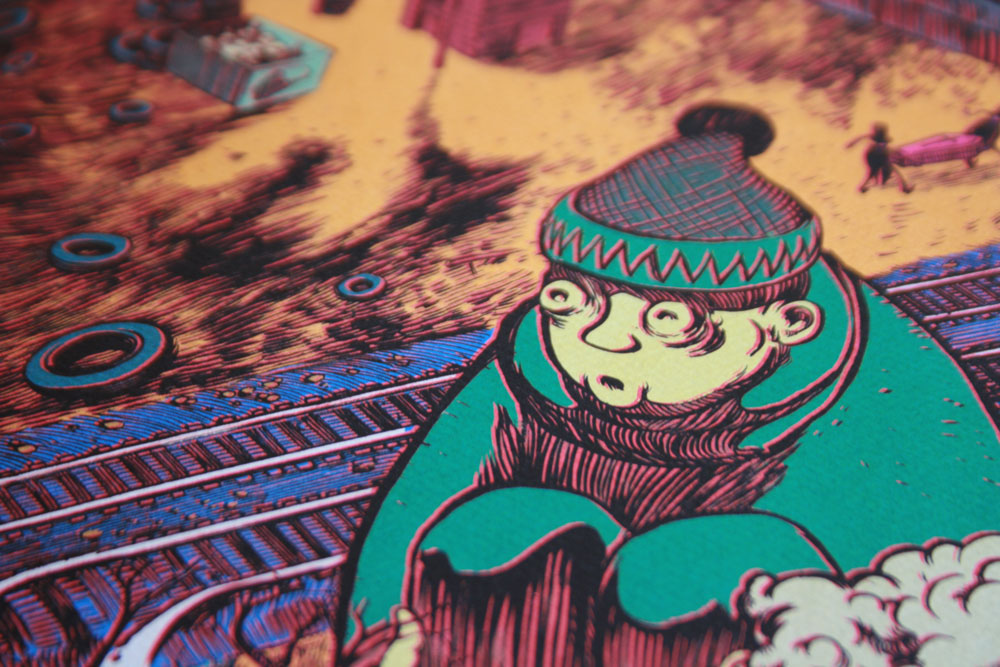 Hza Bažant is a creative in his own legue, being accomplished in many areas of his career, besides working as an illustrator and a puppet master, he operated a gallery, a screen printing workshop and is one of the leading figures in Echt Street Puppets, internationally renowned group of giant puppets. Living and working in Prague, Czech Republic, Bažant started his work on Nusle back in 2009, creating the first illustrated piece in the story of Mirek. Since then he’s slowly but steady created new pieces to the puzzle. Last year these 34 pieces of work where combined in the exclusive german book release and exhibition.

The graphic sheets of this unique book display the life in a city where countless events surround us, with being able to experience only a limited part of them, but when merged together they conjure up an entire city. With four mysterious travelers as main characters, we are taken on a journey through scenes rich with symbols and deeper meanings, all represented in a backdrop of urban peripheries which resemble the peripheral areas of our own minds.

“Nusle is a place. Beneath the surface of everyday experience, strange creatures live their bizarre stories in asphalt driveway cracks, in the echo of railroad rumble, in the shadows of chimneys and telegraph wires. Along the stream of Botič, stories from the site with the highest concentration of butchers create a pattern, which reveals the world behind the world. In this world, the giant takes bath in a puddle between railway embankments on sleepy sunday afternoon.” – explains the author himself.

To explore the full world of Mirek, head on over to the Atelier Olschinsky Art Store in Vienna where Nusle is currently displayed till the 4th of June. 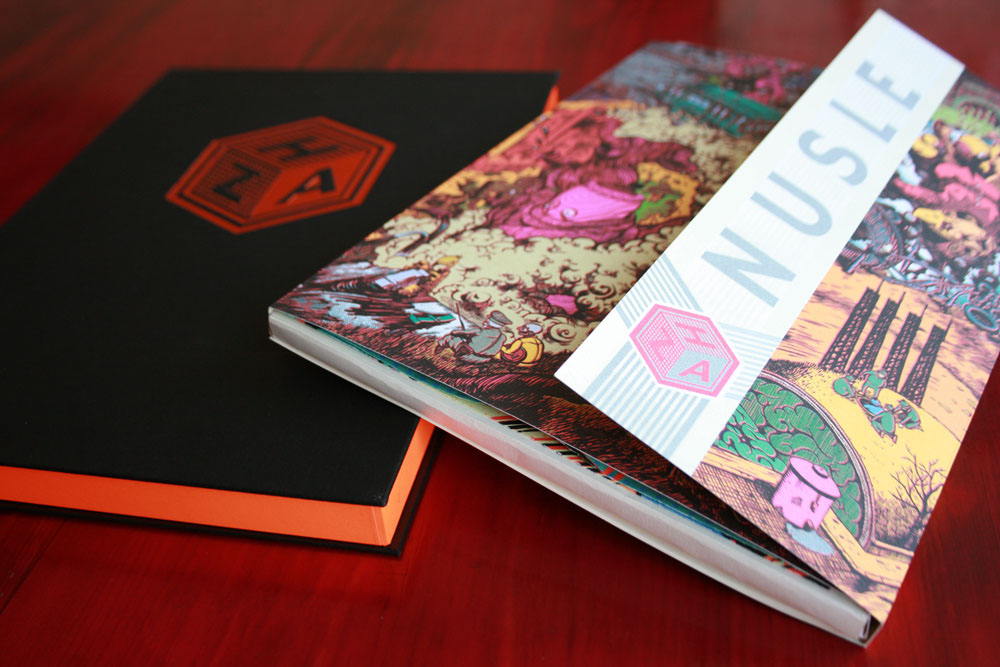 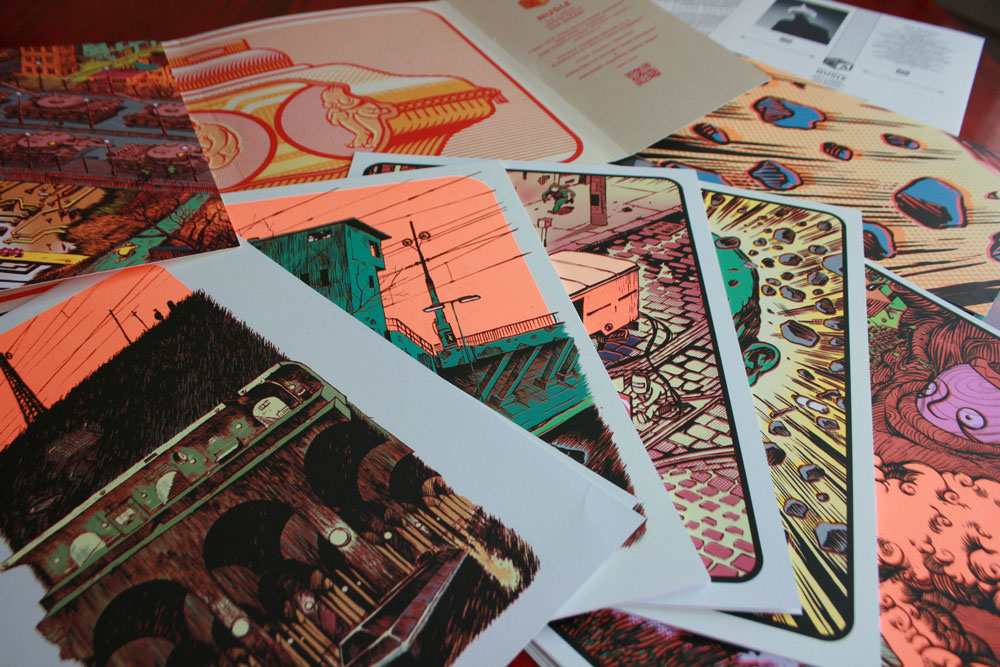 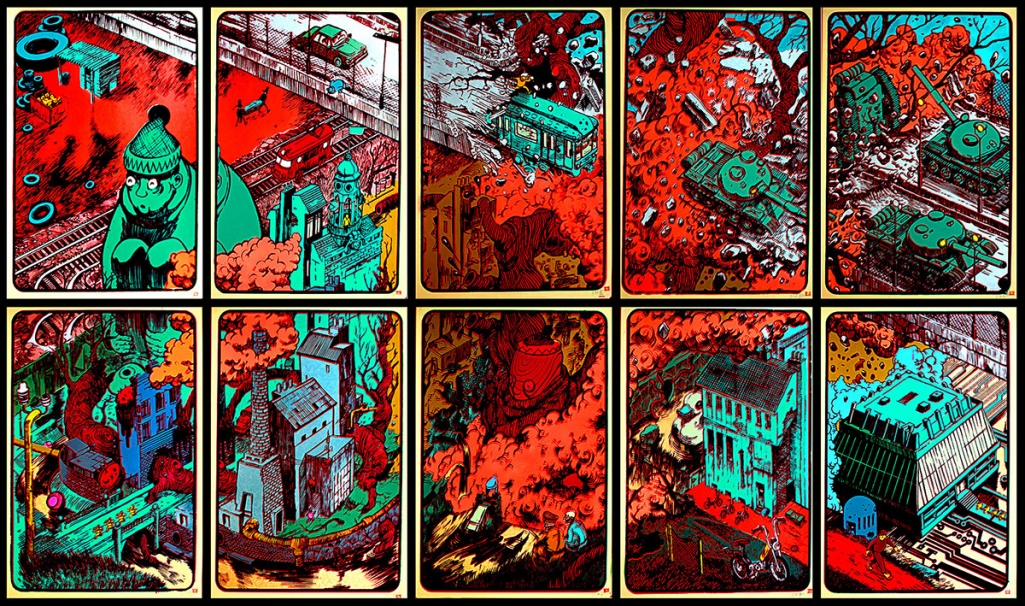 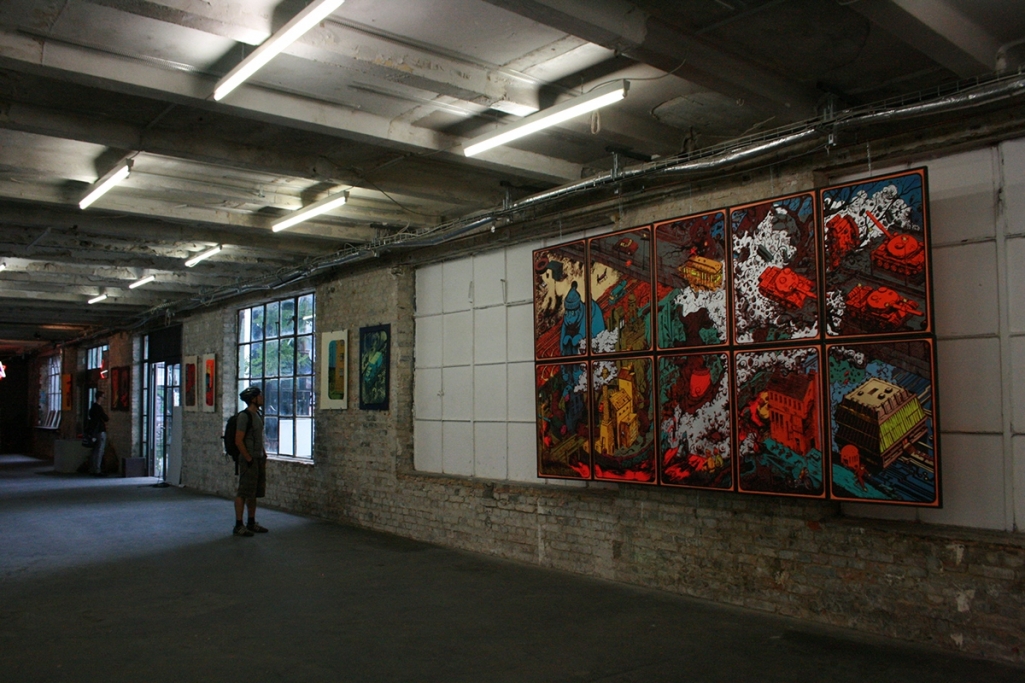 Nusle on show at the Urban Spree gallery in Berlin