Each year two cities within the European Union are chosen to represent as the European Capital of Culture. A tradition founded in 1985 as a way to highlight the richness and diversity of European cultures while raising awareness of their common history and values, brings the chosen city a unique opportunity to raise its visibility and profile on an international scale. The honor has been proven to work as a catalyst for the cultural development and transformation of the chosen city, making it a coveted spot among the candidates, which are chosen several years ahead of time. 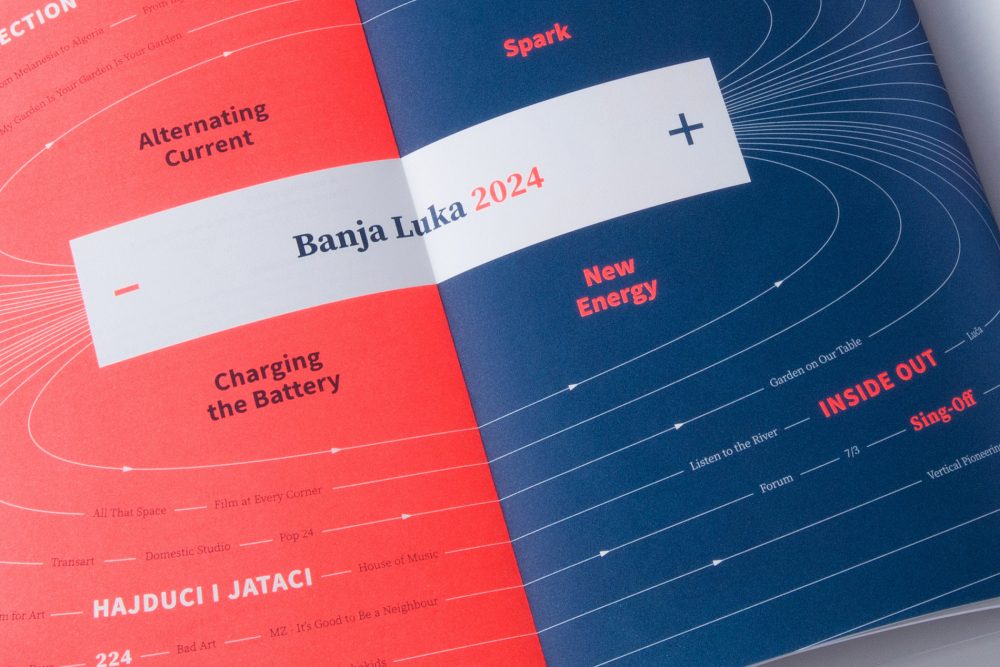 Banja Luka, the second-largest city in Bosnia and Herzegovina with a history spanning to ancient times, was among the finalists to carry the title European Capital of Culture in 2024. To compete for this title, the city of Banja Luka commissioned the local design agency Bunker to design and create a bidding book, titled Opposites Attract BL2024.

Working with a unique concept, Opposites Attract BL2024 presents Banja Luka as an electromagnet. A city where opposites attract and in that attraction create new energy.

The theme of attracting opposites is transferred from the city’s planned European Capital of Culture project program, which is divided into two opposite poles: capacity (-) and potential (+). Each pole has two streams, that is, two groups of projects and each group is led by a flagship project, which, in the spirit of the concept, is called the motherboard. The Banja Luka 2024 project has 4 motherboards and 72 project ideas, 53 of which form the main program and 16 infrastructure projects that include the revitalization, adaptation, reconstruction, restoration, conversion or construction of cultural objects.

Working with a unique concept, Opposites Attract BL2024 presents Banja Luka as an electromagnet. A city where opposites attract and in that attraction create new energy. 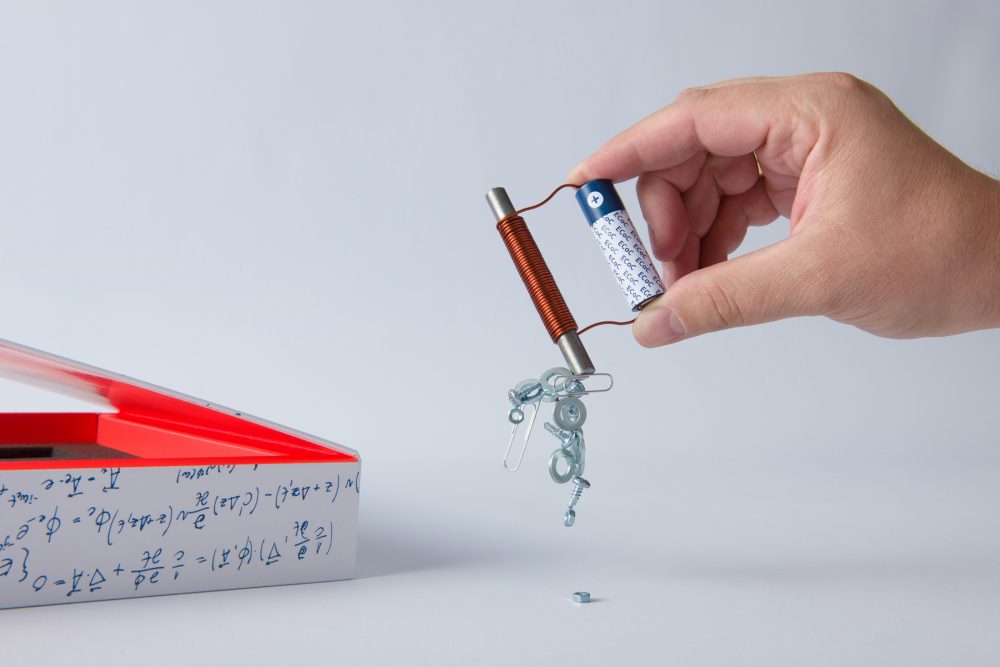 –
Printed with two fluorescent colors only, the book comes with Yupo Tako stickers and its own kit for making electromagnets

Guided by the concept of the cultural program, Bunker decided to pack the book into a box containing the necessary elements and instructions for making electromagnets. The entire application is designed and offset printed in two colors only – dark blue shade coming from the embroidery heritage of Banja Luka’s region opposing the radiant neon red whose full splendor is shown when exposed to a blacklight.

Book’s cover page, printed on Pergraphica Classic Rough, is a placeholder for accompanying square and circle-shaped stickers that combined together create the project’s logo. The stickers are printed on a special paper called Yupo Tako, that sticks to the cover without glue, leaving the room for endless play with different combinations of opposites that attract, while the inner pages are printed on Pergraphica Classic Smooth – all papers are exclusively available at Europapier – by the Atlantik Printing House in Banja Luka utilizing both fluorescent colors and glow-in-the-dark technology. 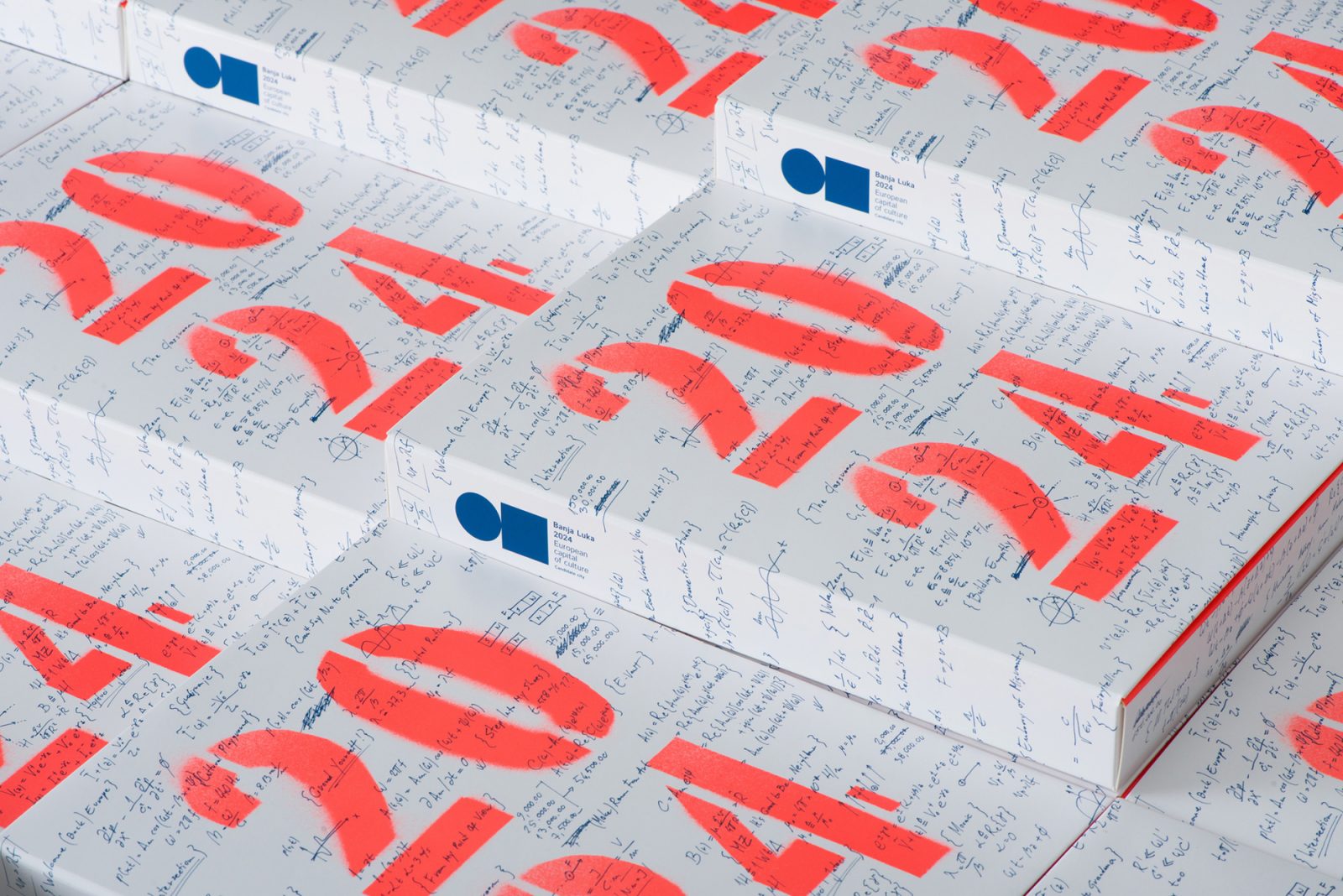 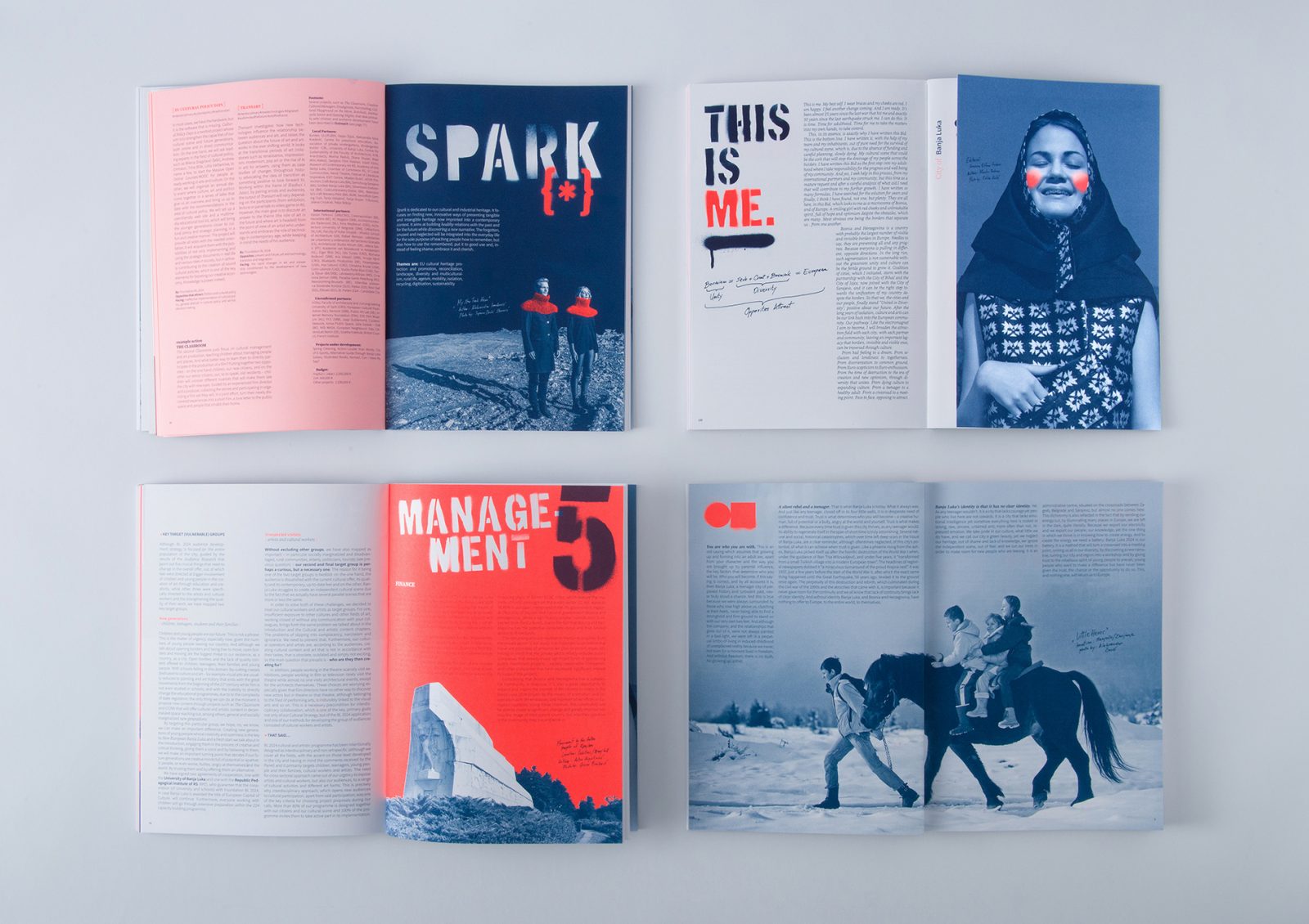 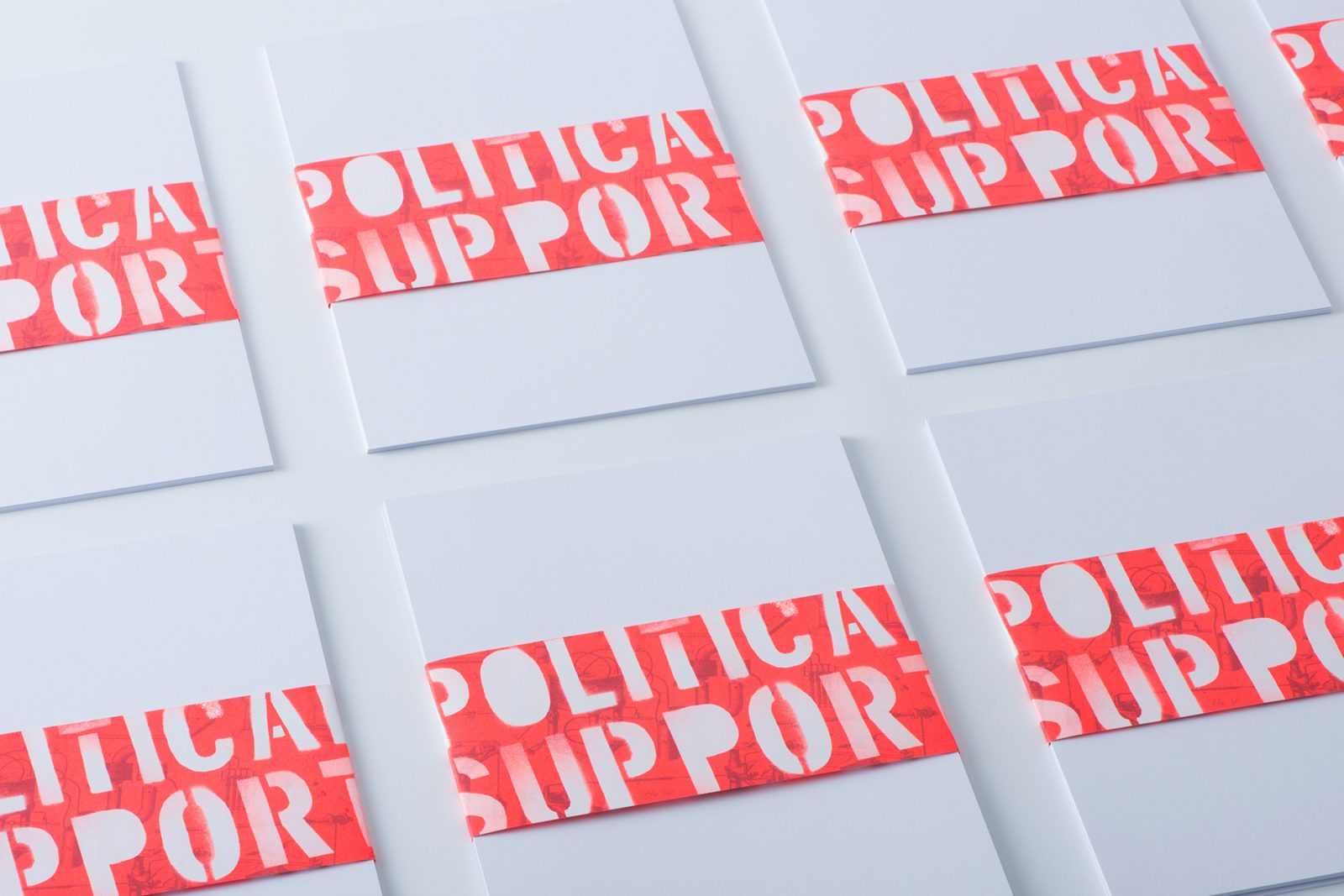 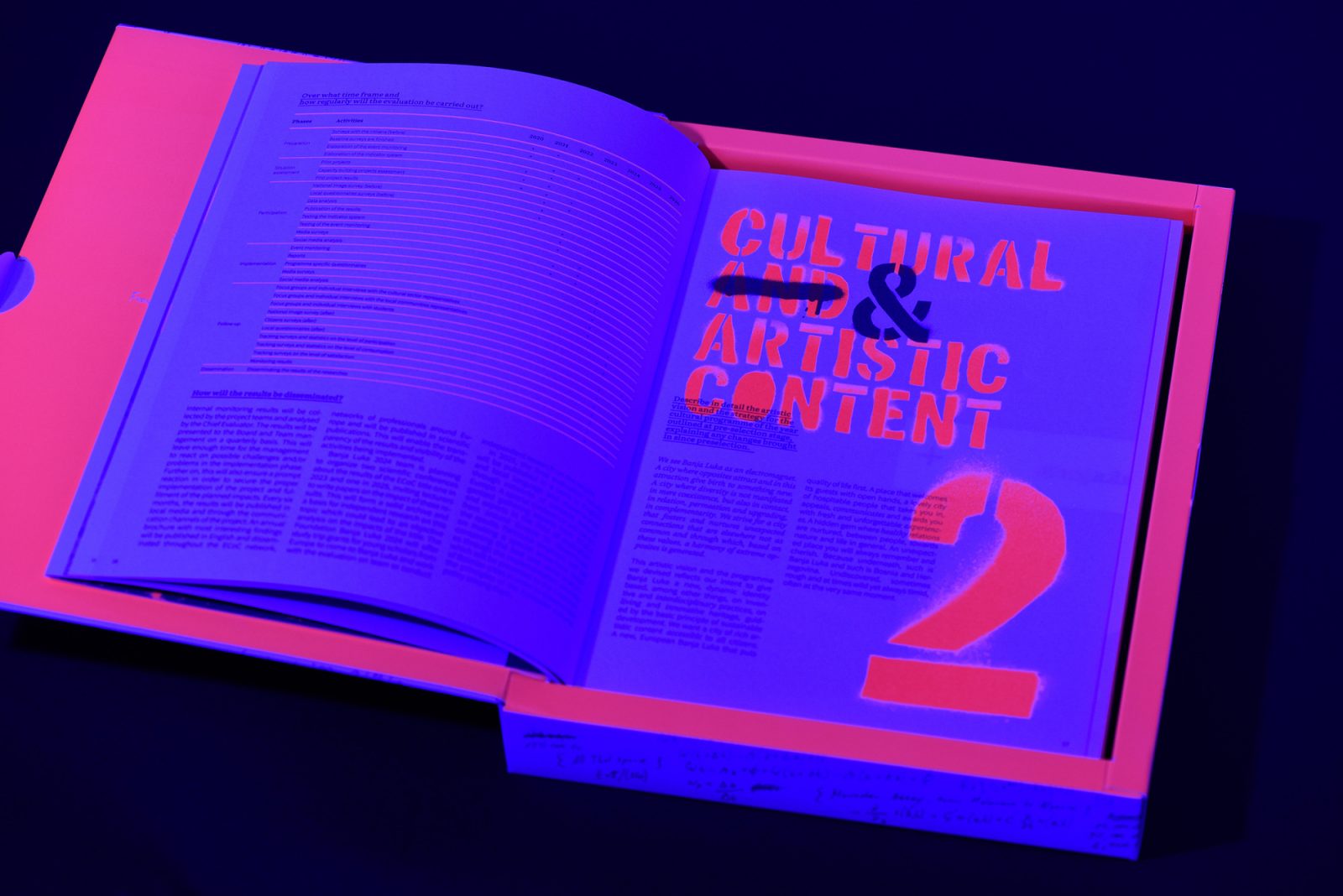 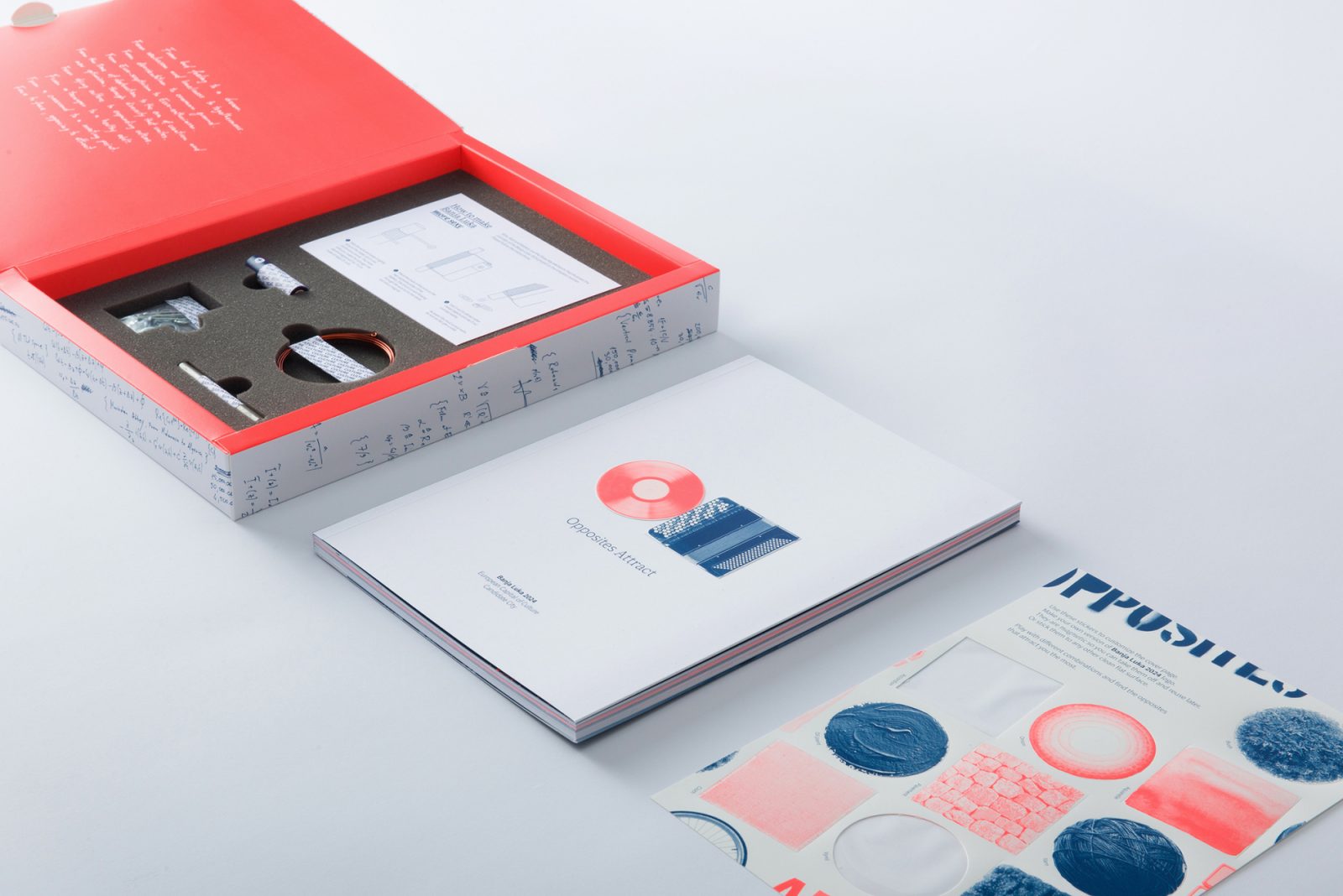 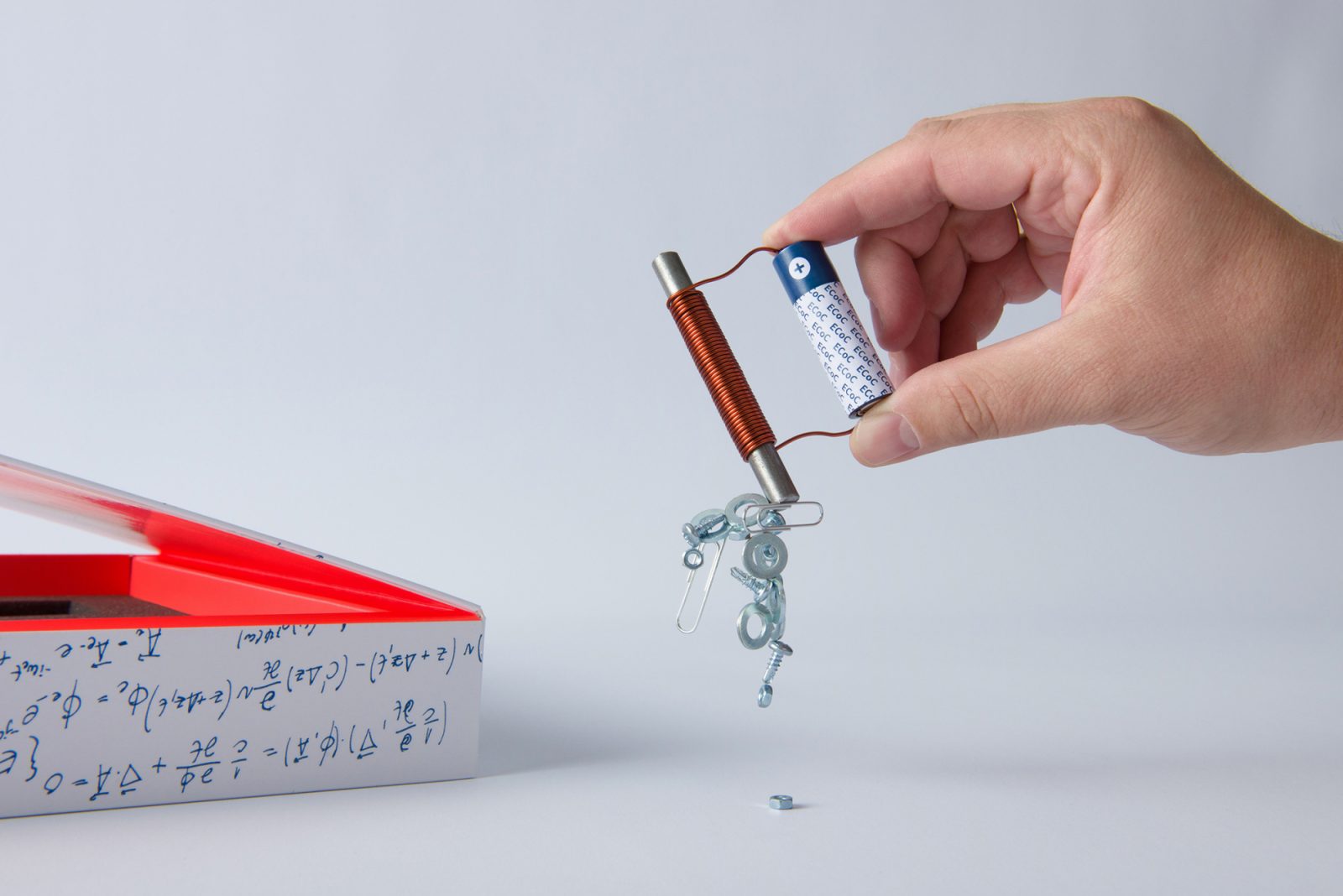 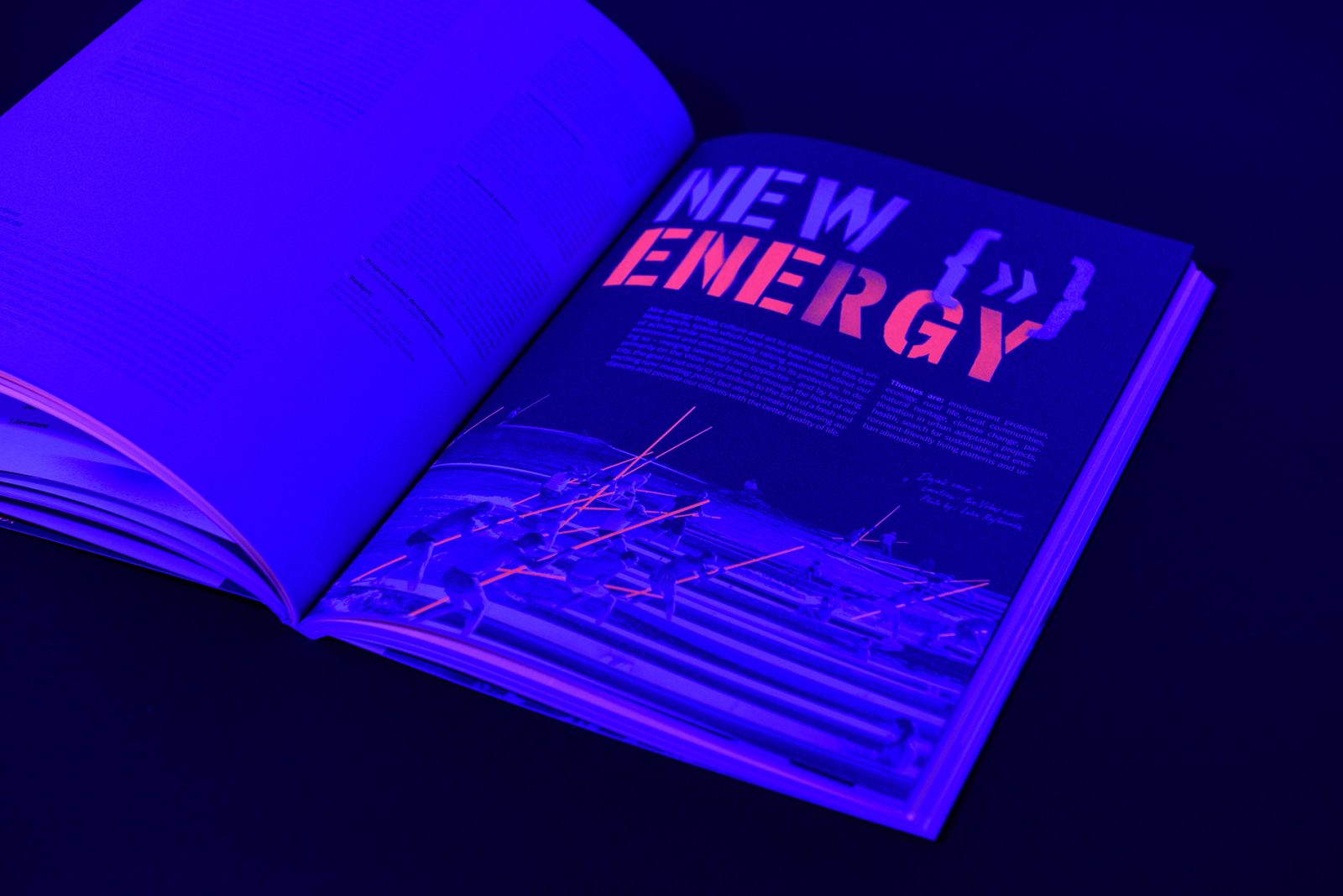