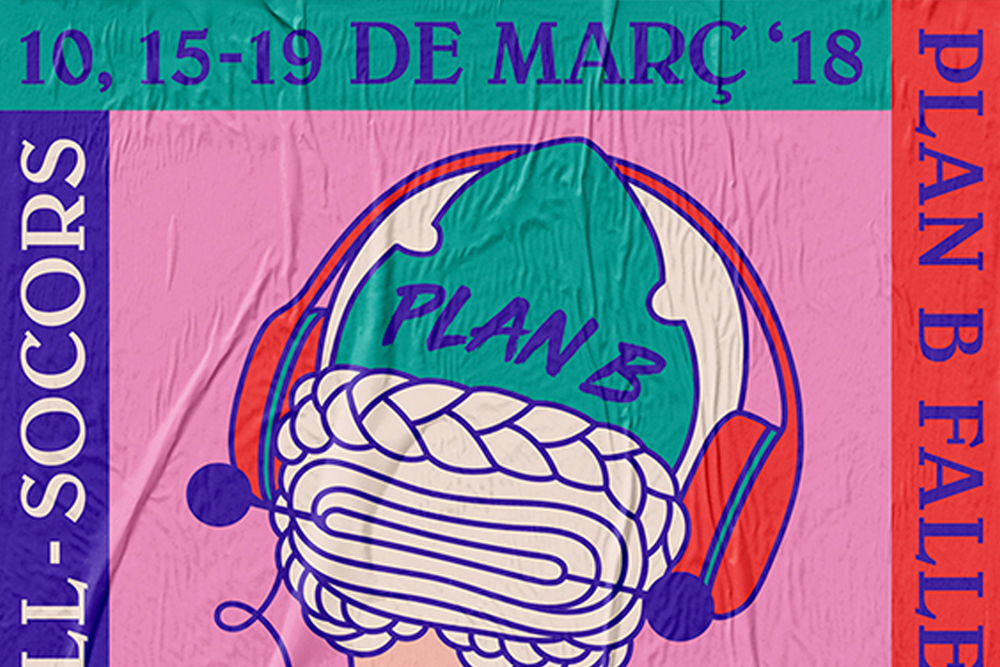 “Falles” is a traditional celebration held in March in commemoration of Saint Joseph in the city of Valencia, Spain. The term Falles refers to both the celebration and the monuments burnt during the festivity. The whole city experiences a transformation that involves the implantation of these monuments, fireworks, parties on the street and several parades where people dresses up in their traditional festivity costumes. They are called the Falleras and Falleros. This year’s Falles Festival offered a whole bunch of concerts and DJ sets, together with a gastronomical offer, urban art and activities for children, very different to the traditional celebration; that is the reason why it calls itself the B Plan (the alternative) to the typical party.

Creative and senior graphic designer at the Studio Banana in Madrid Spain, Isa Lloret created the visual identity of the festival which centers around an illustration representing a traditional Fallera woman wearing headphones shown from behind – with a hair comb reading Plan B. The stylish combination of pink, green, red, peach and purple gives it an edgy feel, while the minimalist color blocking and serif font create an eye-catching contrast. 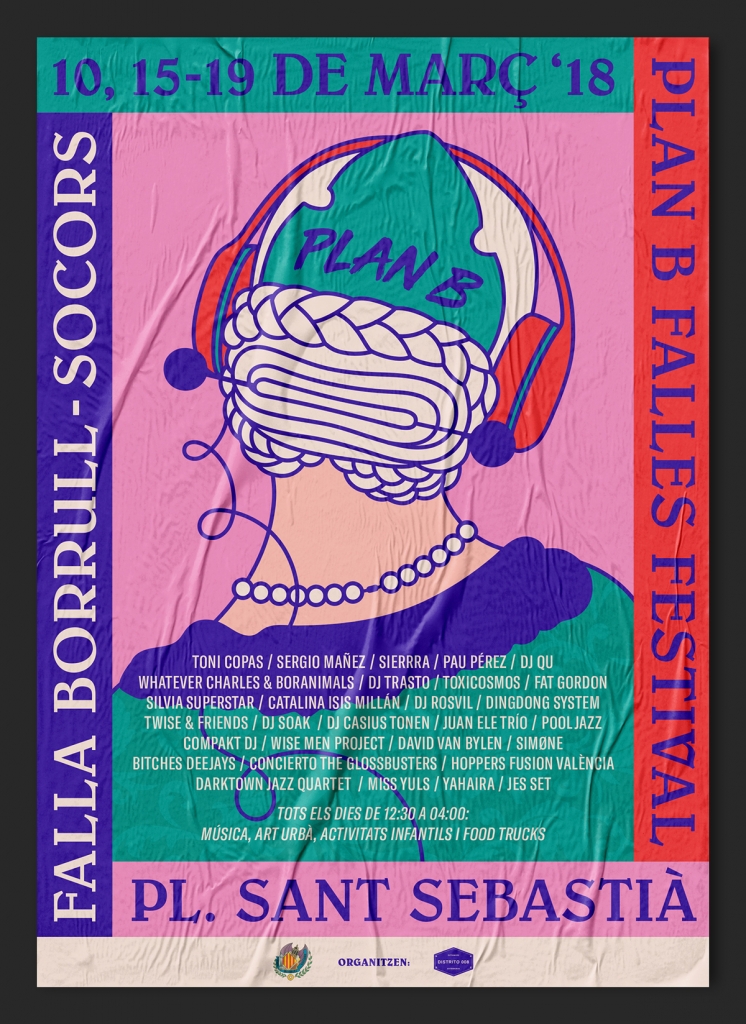