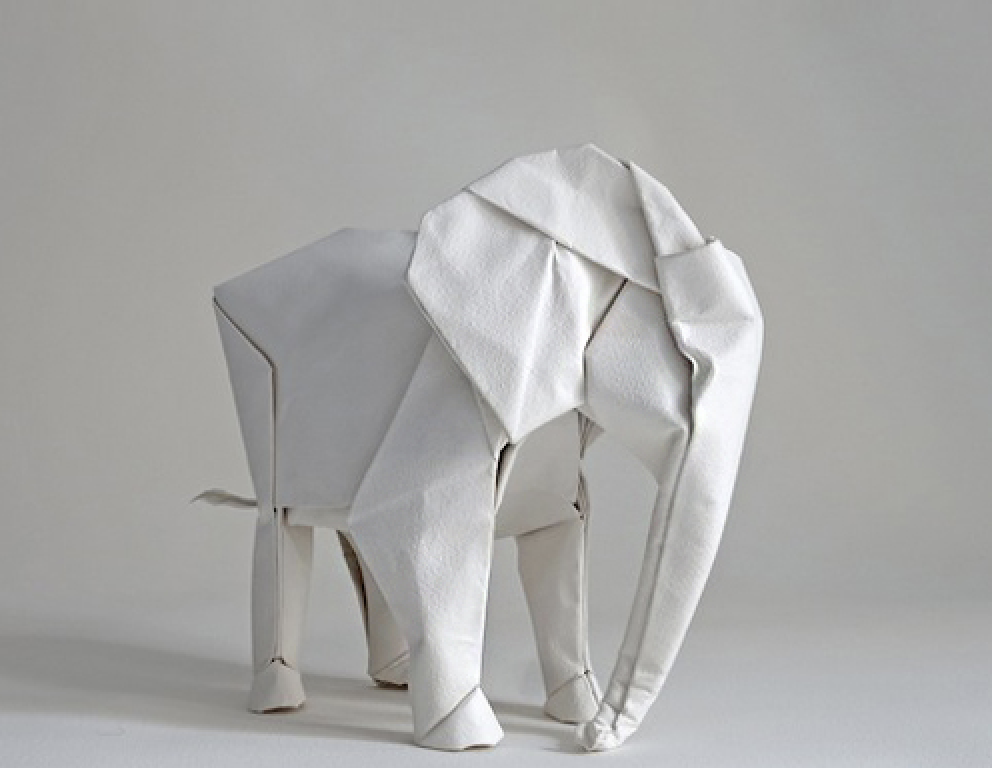 Sipho Mabona is a Swiss origami artist whose latest project will take him to new heights. The life-sized origami, titled White Elephant, will be a true testimony of Mabonas’ talent and passion for the ancient art of paper folding. The massive piece will be folded from a single, specially produced 15m times 15m paper – the final piece reaching a height of impressive 3 meters.

Mabona is known for his talent across the origami world. His colorful Koi fish, as well as other animals, have been exhibited in multiple galleries and museums. With this gigantic White Elephant project, he wanted to prove that anything and everything can be made into an origami, even, a life-sized elephant. To produce the large art piece Mabona used crowd-sourcing on Indiegogo to fund the production of the incredibly huge piece of paper that is needed as well as a time-lapse video which will show the process, which he believes to be the most interesting part of the project.

As the crowd-sourcing has now come to its end and reached its goal, the project will go ahead as promised. Over the course of several weeks, the monumental sculpture will be created with the help of three assistants at the Art Museum in Beromünster, Switzerland. Cameras will be installed there, which will be feeding footage to an online video live stream, so you, your friends and family can watch them as they fold. Mabona also promises to create more life-sized animal origami in the future and exhibit them all over the world. Check out the video below where he explains his means and goals for the project. We for one, can’t wait to see the end result. How will this massive project happen? But what we know is that it really needs the passion of a true origami lover!

When the project starts, we will be letting you know so you can follow the process too.