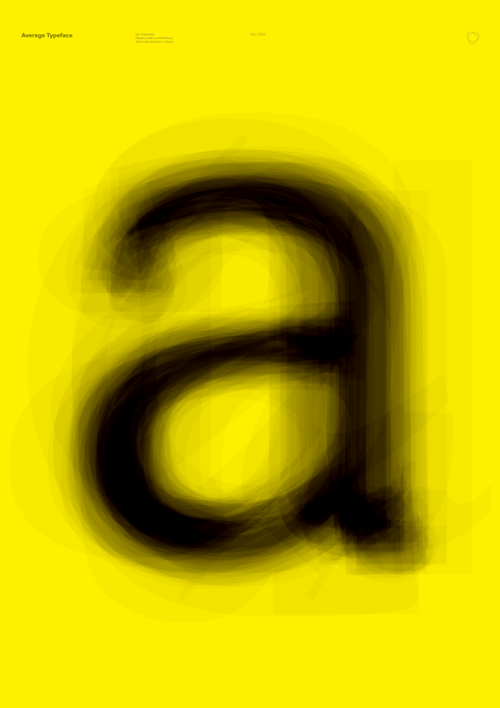 Average Typeface is an experimental typography project by Jan Vranovský, a talented graphic designer and co-founder of the design studio FRVR in Prague, Czech Republic. The project caught our eye when we were looking for a font, fitting to the theme week of Halloween. The shadowy and hazy look is made by overlaying over 50 fonts over each other, showing the most common form of all used fonts.

Average Typeface explores the common attributes of various typefaces, showing the similarities and abnormalities found in them. By picking 50 different faces from the typographic families, Grotesk, neo-grotesque, serif, script, gothic etc. and making every single one 98% transparent and then overlaying each letter over each other, a new font was formed. With this technique of transparency, only the full overlay parts are 100% black, the rest is shadowed from dark, most common shapes to very light rare attributes.

What makes the project so interesting, is the surprising outcome of fairly clean and consistent font, named Average Typeface. And if we dare to say, it seems like the font is most reminiscent of Helvetica, the most widely used font in the world.

See below the intricate details of the font, and how each letter is formed. This is definitely fitting to our Halloween inspired week!