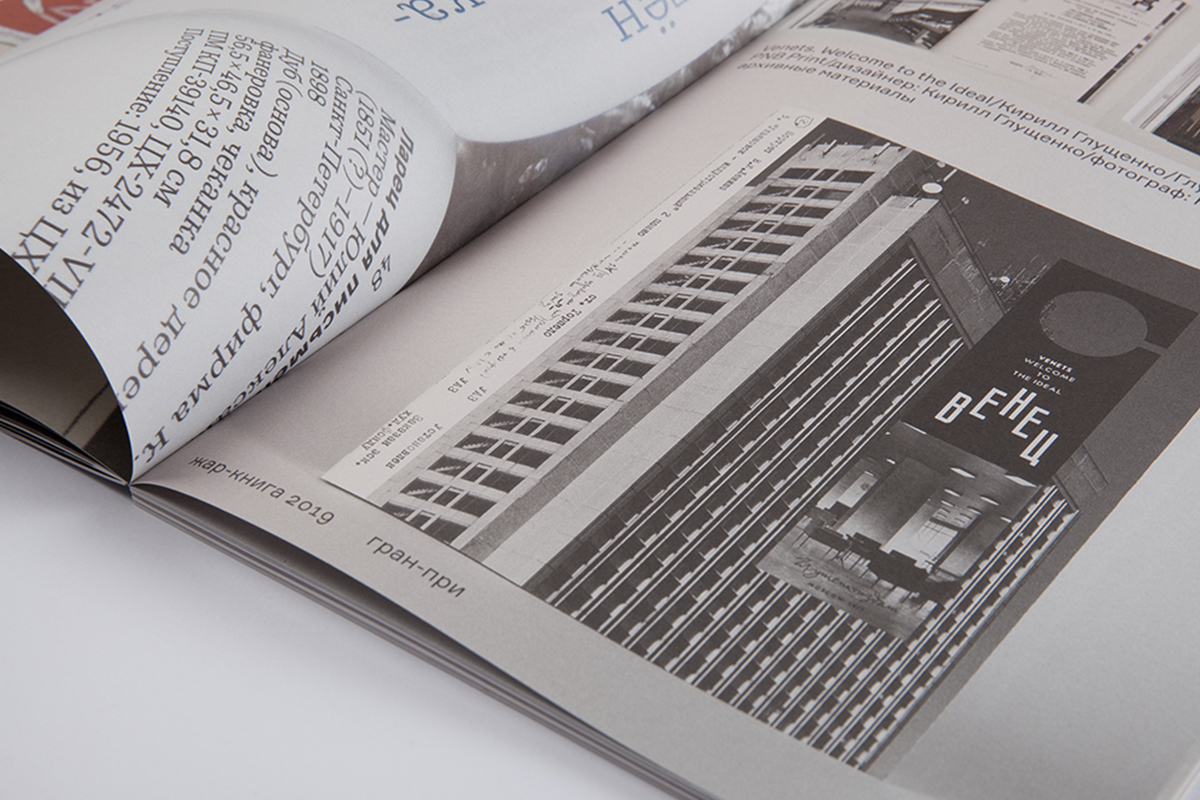 Zhar Kniga is a national book design competition, which was created in Russia by an independent group of like-minded people, and aims to bring together and morally support everyone for whom a printed book represents an area of ​​creativity, a search for unconventional artistic techniques, as well as effective technological and constructive solutions. 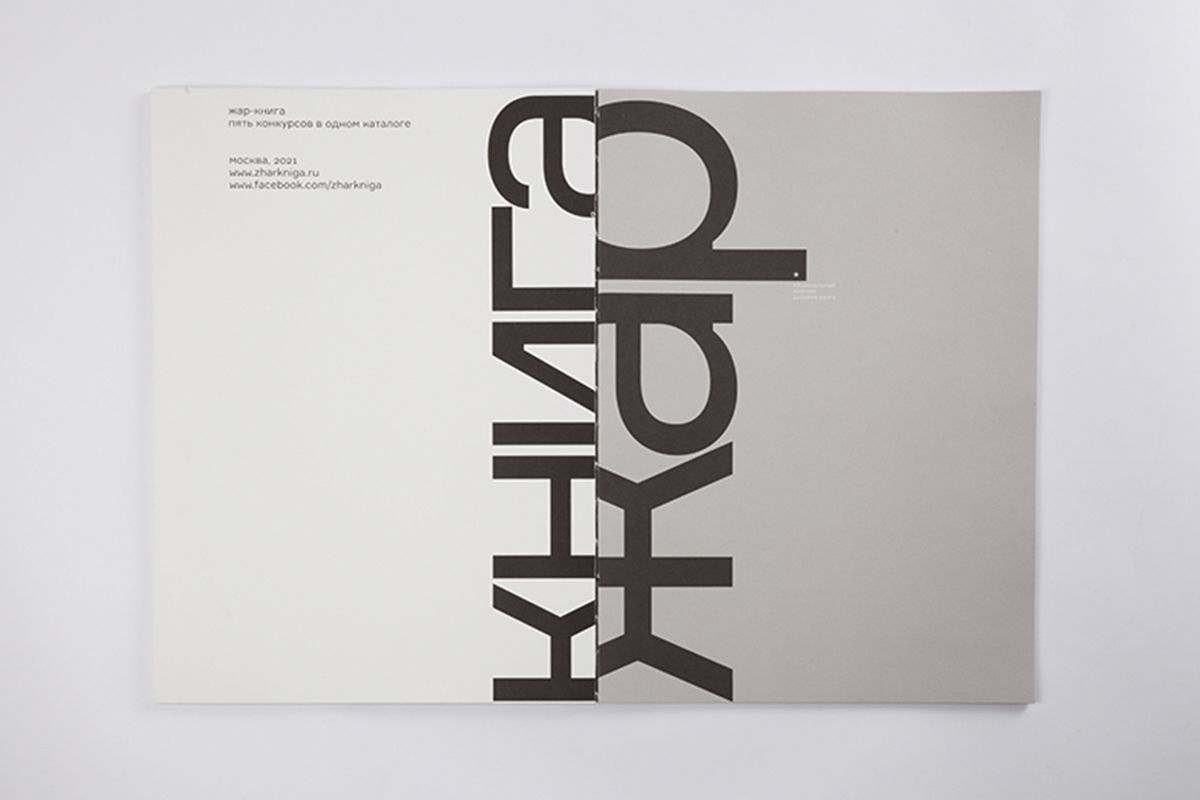 For the first time, the “Zhar Kniga” was held in the fall of 2014. The event was planned to be as open as possible – not just a competition, but also a festival at the same time, with a lecture and exhibition program. Both leading designers from Russia and their European colleagues were invited to the jury. A lecture program was organized with the participation of speakers from Europe, as well as an exhibition of the best editions of the leading European book design competitions. They started with Germany (the international competition “Schönsten Bücher aus aller Welt” was in many ways an example of organization), then Sweden and the Netherlands.

The ribbons by which the books are neatly tied to the tables have already become the trademark sign of the Zhar Kniga. After all, the main goal of the exhibition is to give an opportunity to the widest possible circle of those interested to look through the best books from those in the world. In 2015, the main competition program was also supplemented with student works as young designers were presented to the competition Zhar Kniga Jr. with their term papers and theses in the field of books. 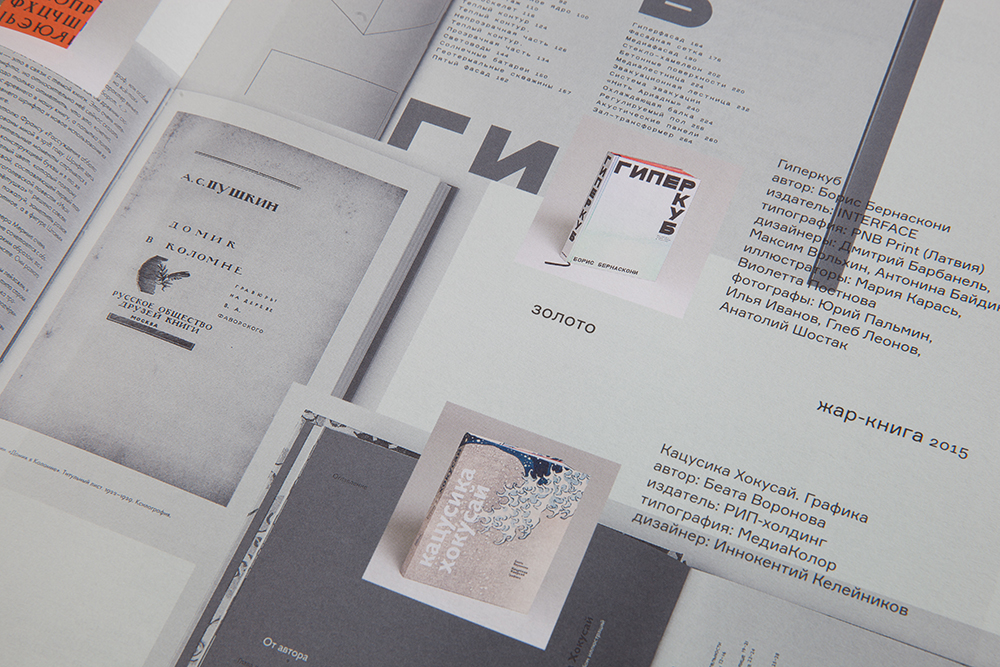 In 2021, Zhar Kniga released its anniversary catalog summarizing the results of the competition over the past five years. One of the organizers, the author of the title of the competition, catalog designer Mila Ershova talks about the edition: “The first catalog of the competition was small and pocket-size, the second one was bigger and thicker, and so, the anniversary edition – of course, had to be large! There is nothing too ceremonial about it – mostly monochrome, with light blotches of color, which gives the impression of full color. A simple idea. And a simple implementation of the idea – grays of different shades, light gradients for a spread from cold to warm. Everything is on the nuances”.

A simple idea. And a simple implementation of the idea – grays of different shades, light gradients for a spread from cold to warm. Everything is on the nuances. 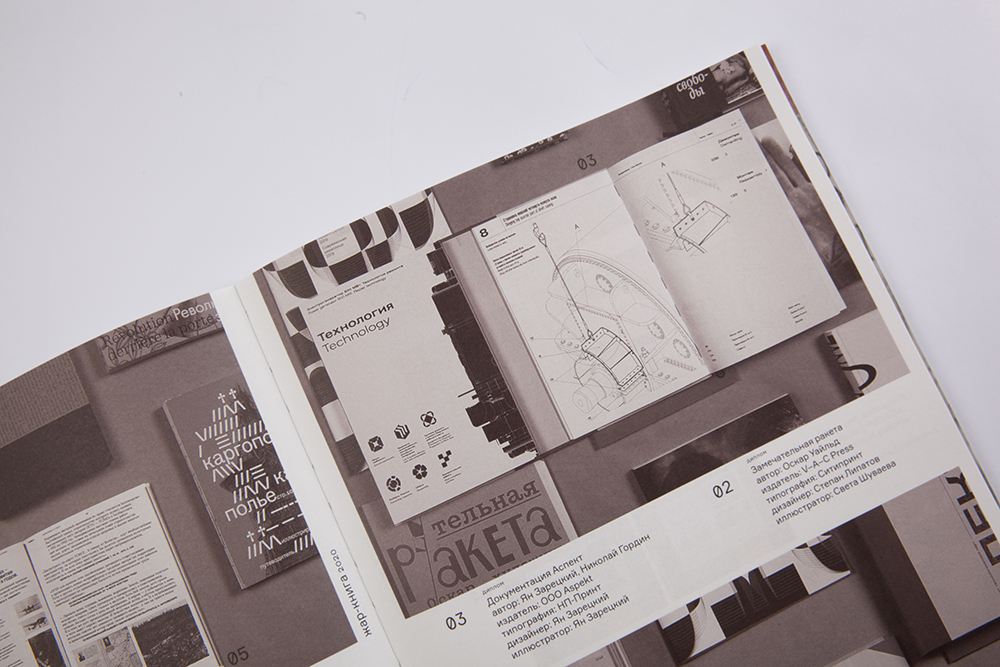 “Therefore, a proven paper was chosen that can withstand such delicate work with halftones, Munken Lynx Rough 90 gsm. Light but moderately transparent. The accent notebook in the center of the block is made of the denser Esprit de Nature Sienna 110 gsm (it is impossible not to fall in love with this complex shade!), which on one hand gives density to the block, and on the other hand, physically separates the contests of the new format and the first three”, Ershova says.

“The honorary role of the cover went to Munken Polar 150 gsm with its reference to natural white shade. This difference in paperweight is so nuanced, it’s barely perceptible when flipping through the pages. A special thank you to the skilled printers of the Cityprint printing house, who did not try to “correct” my tone, yet worked out all the subtleties of the half-tones, implemented all the “pranks” of the designer”, Ershova further explains.

It is not the first year that the competition has been supported by the Europapier company, which has established a special nomination – Published on Arctic Paper papers – that awards a special prize from Europapier and the Swedish paper manufacturer Arctic Paper. Books printed in Russia on any of the papers from the Munken Design and Arctic Paper collections are accepted for participation. 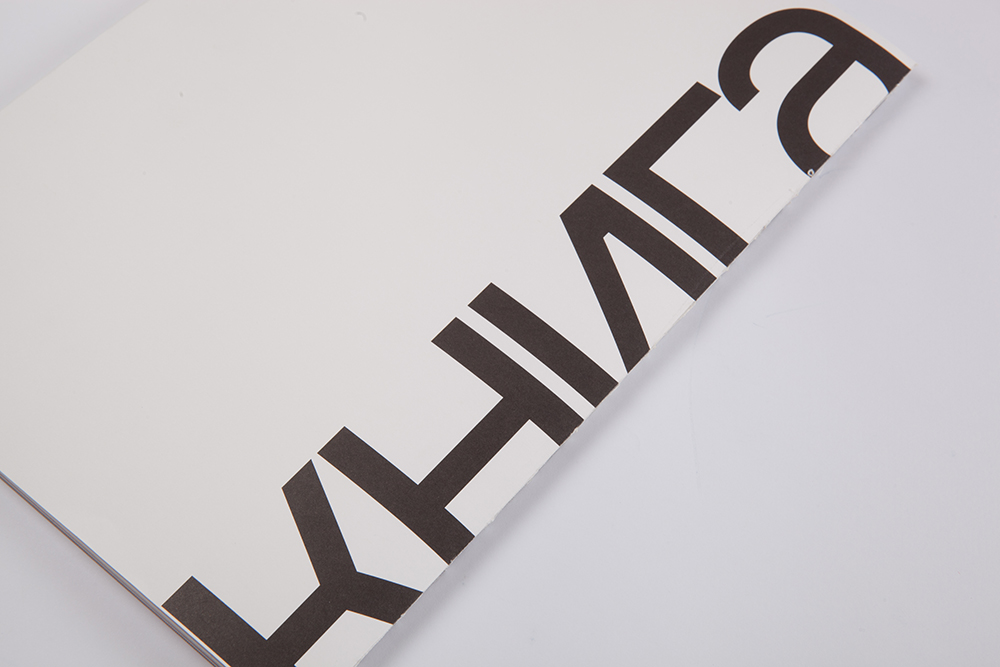 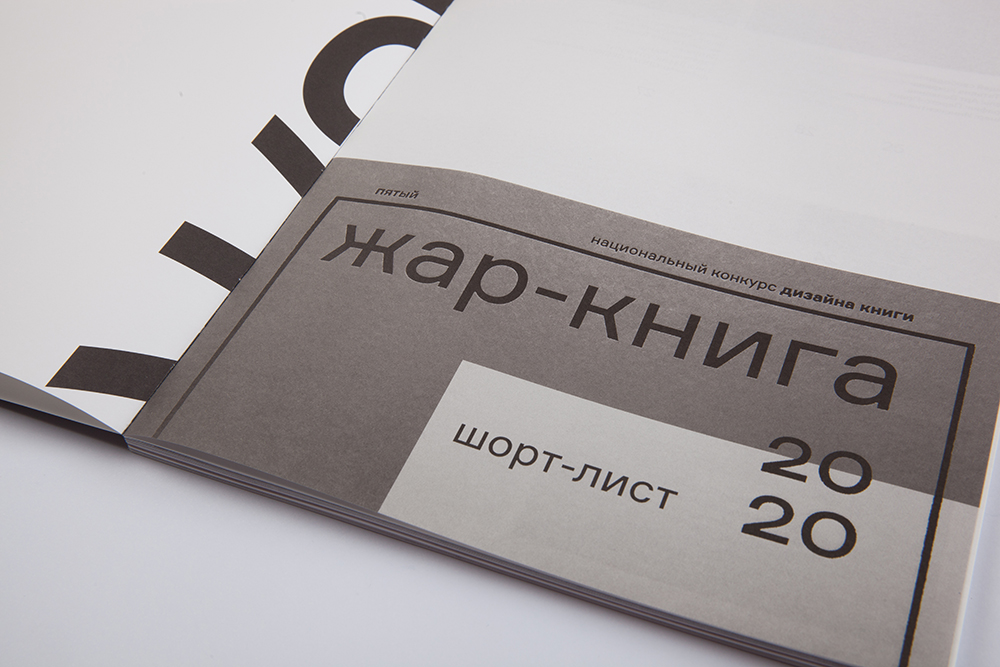 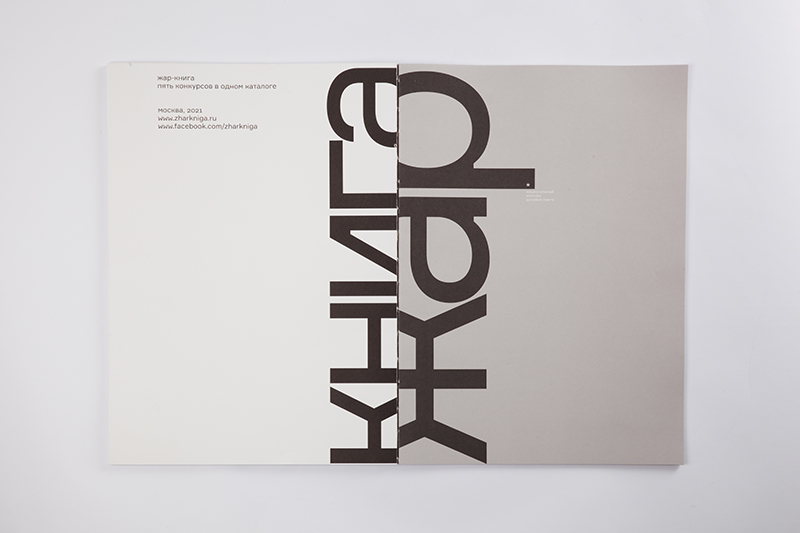 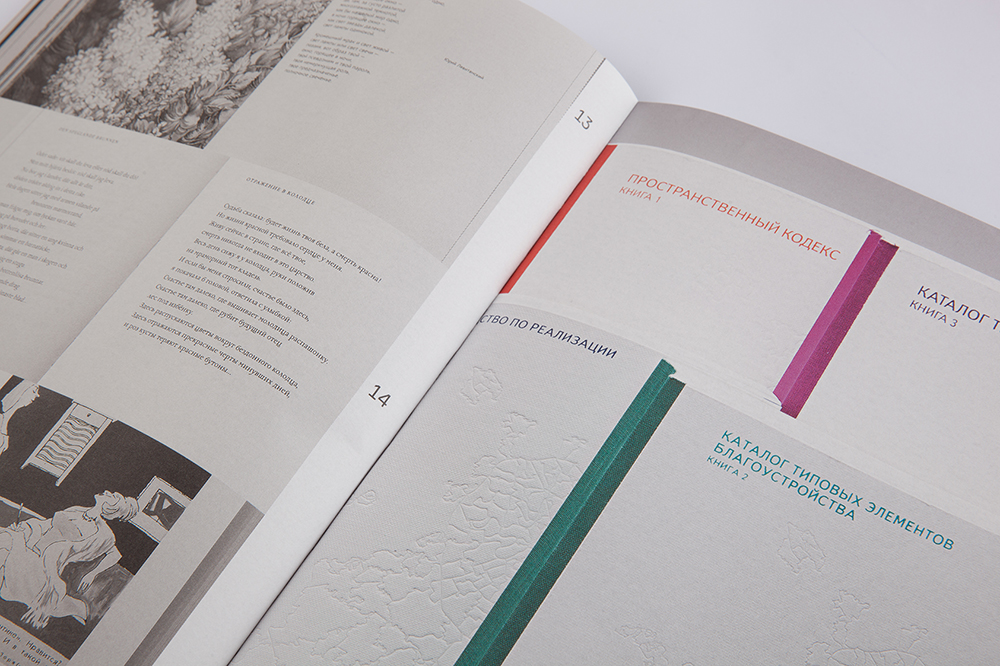 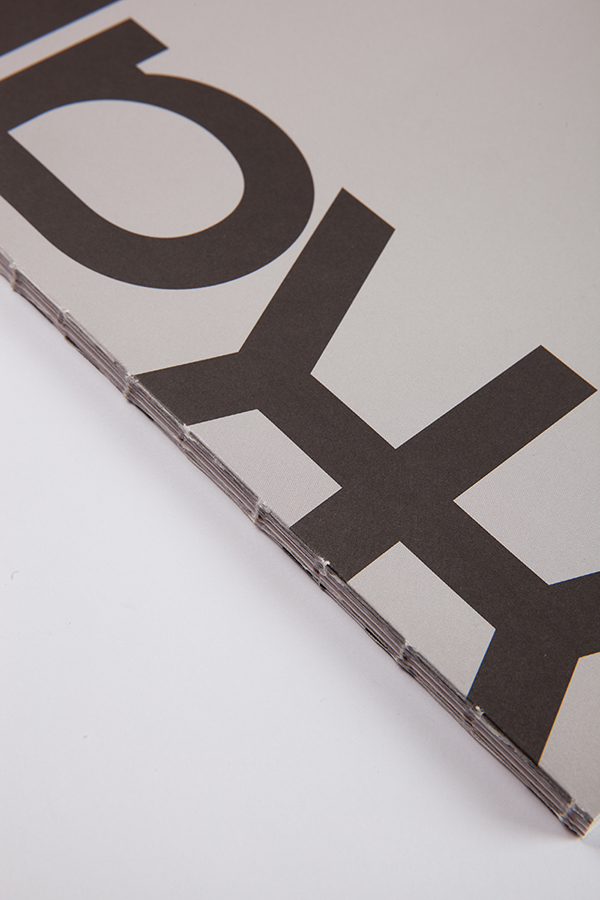 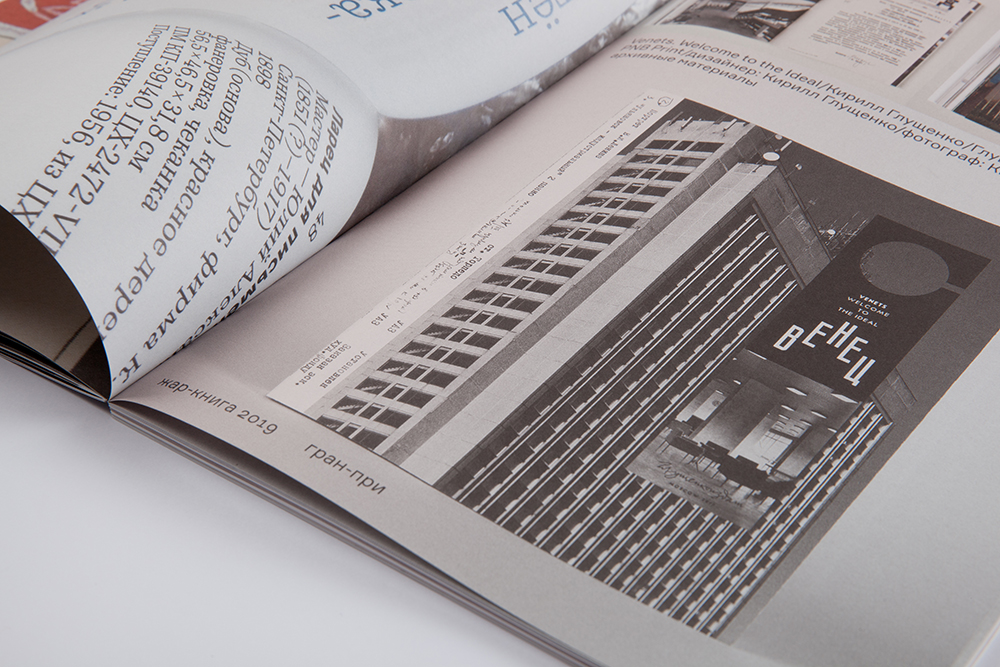 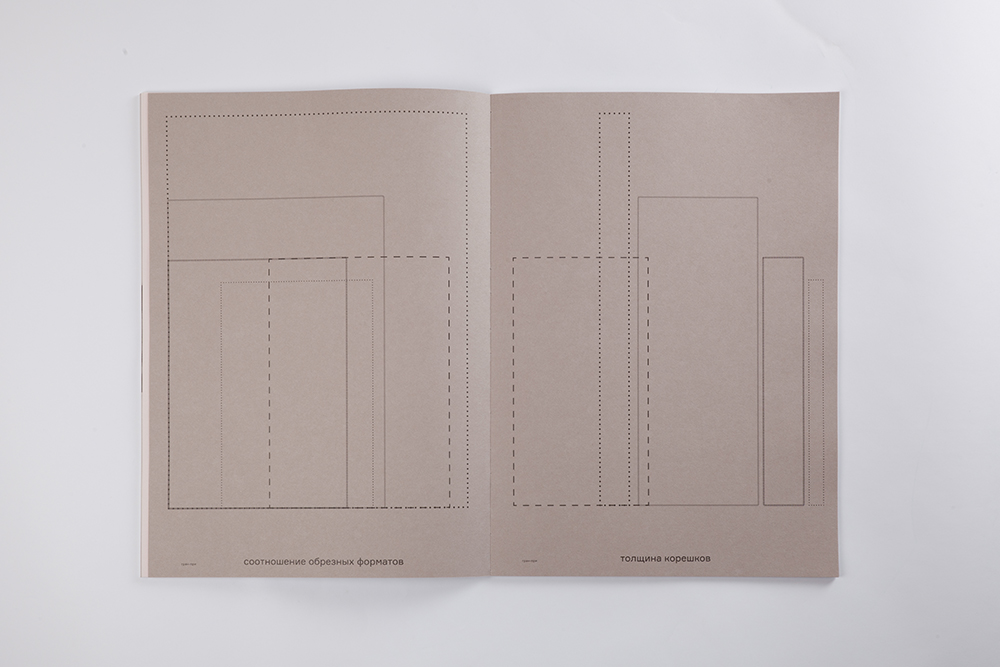 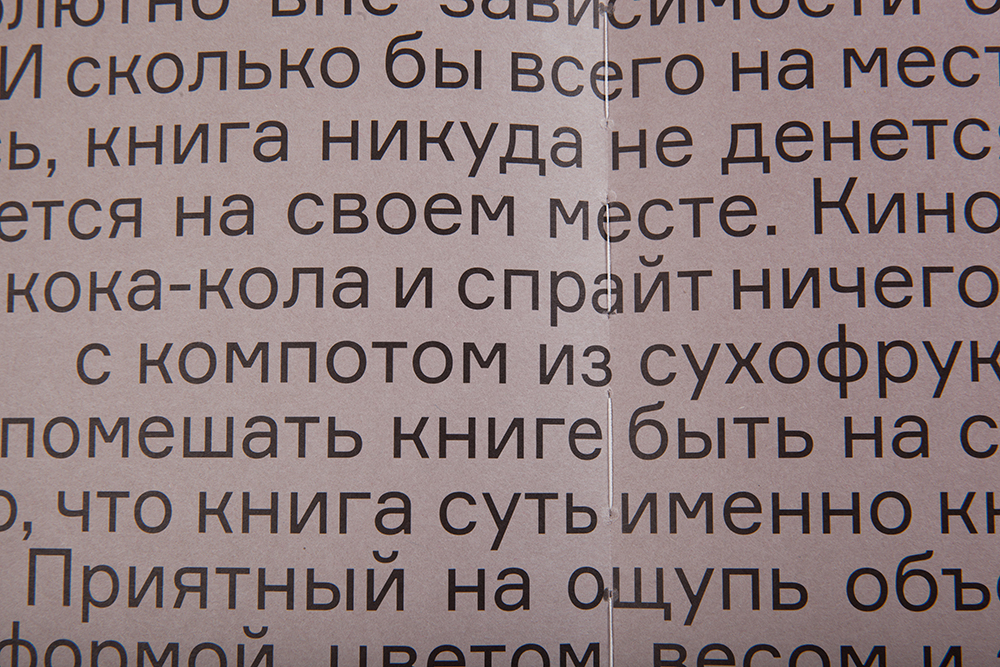 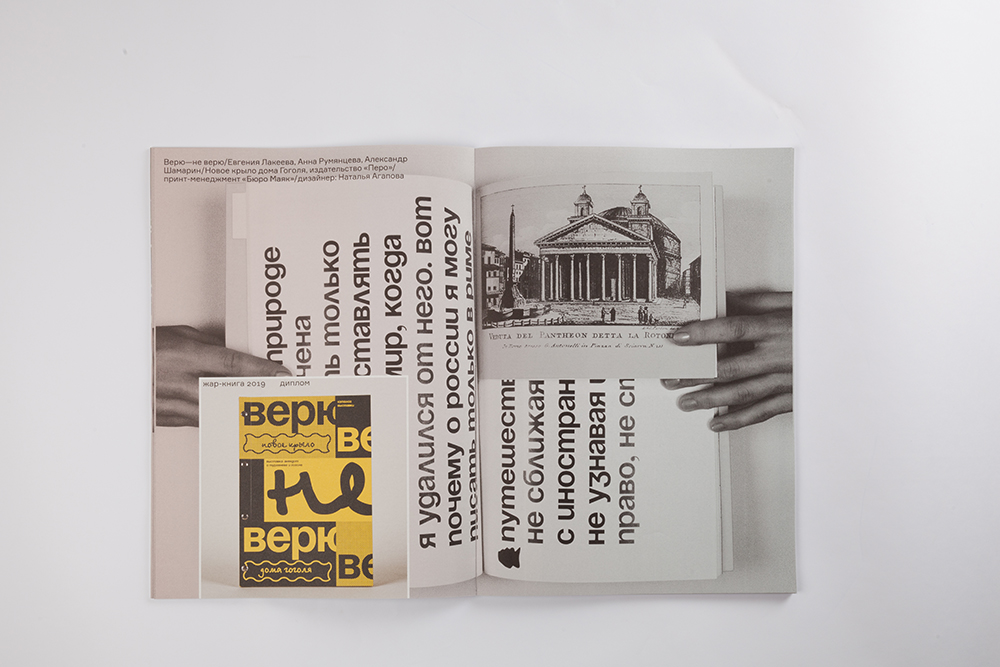 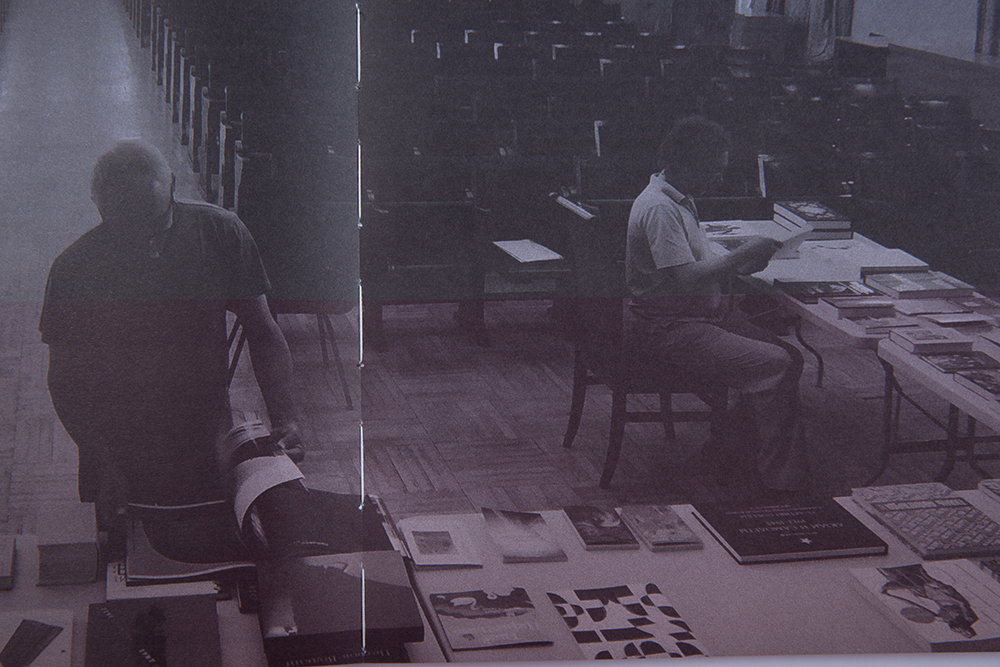 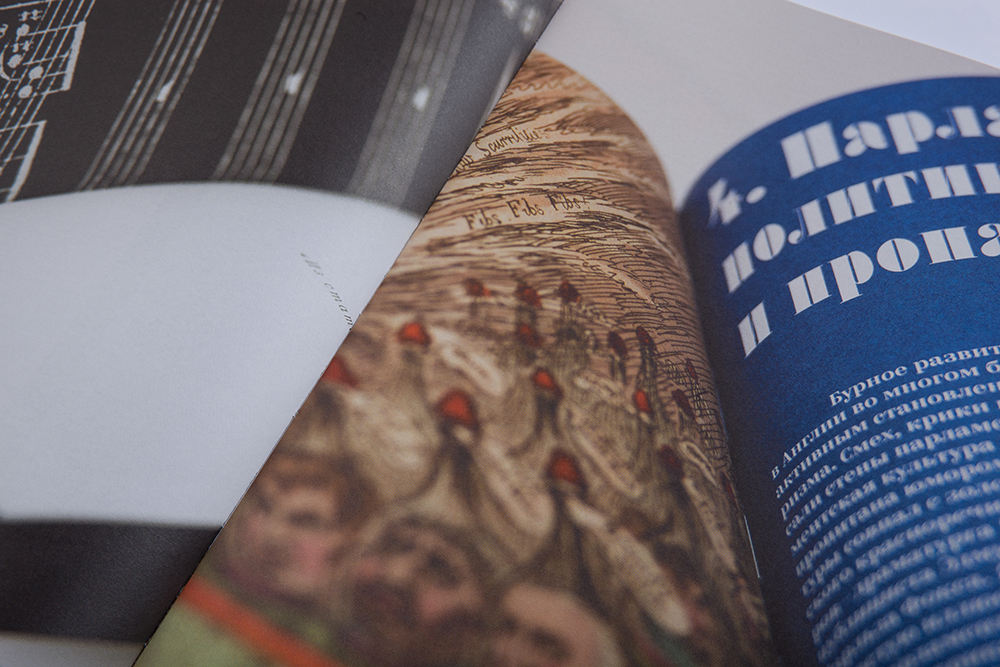